Lessons From the Old Spice Man 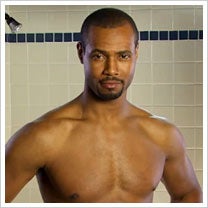 By Craig Reiss
This week we saw two days that shook the viral marketing world. Old Spice, a decidedly old-school Procter & Gamble brand, unleashed a social media blitz so profoundly brilliant that it not only changed the rules of social network marketing, it may have written them for the first time.

At first glance, an entrepreneur may dismiss the Old Spice phenomenon as an oddity of riches, something only a marketing behemoth like P&G could exploit. But when we dissect its marketing principles and practices, it becomes not only entirely applicable to the small business owner, but an essential (and low-cost) opportunity as well. Let's take a look inside.

For P&G, it began with a Super Bowl ad last February that introduced its brand character, the Old Spice Man. Played by shirtless baritone Isaiah Mustafa, a handsome, former NFL wide receiver with a polished comedic sense of timing and washboard abs, the Old Spice Man promised women he was "the man your man could smell like," even if no man could ever be as truly manly as The Old Spice Man.

The original Super Bowl commercial was created by legendary ad agency Wieden + Kennedy, which is best known (before this) for its Nike, Honda and ESPN SportsCenter commercials. It has been viewed on YouTube more than 13 million times.
Five months later, Wieden posted a simple message on Old Spice's Facebook and Twitter page: "Today could be just like the other 364 days you log into Twitter, or maybe the Old Spice Man shows up @Old Spice." And show up he did.

As people tweeted questions about manliness to the Old Spice Man, he began posting near-real-time video vignettes responding to the queries, all in character and with no small degree of humor as he stood bare-chested, abdominals front and center in a bathroom set with the creative crew and comedy copywriters of Wieden + Kennedy behind the camera furiously writing jokes and chasing down props.

Key to the effort was the response to Kevin Rose, the founder of social network Digg.com. Rose tweeted the Old Spice Man about his own illness that day. Here's the accompanying video response.
Rose was enamored. He tweeted, "Holy sh*t, best get well video EVER from Old Spice." That message went out to his million-plus Twitter followers. A viral phenomenon was born.

The decision to include Rose and the celebrities was no accident. The Wieden team purposefully selected not only persons with huge followings on social networks--followings that dwarfed Old Spice's own--but specifically those with particular credibility and influence over the technorati and social media addicts. The social media kingpins told their followers, their followers told their friends, and the math compounded exponentially, fervently and quickly. Old Spice's Twitter followers increased more than 1,000 percent. Nearly 600,000 people on Facebook gave its ads a thumbs-up "like it" vote. And, according to Advertising Age, the Old Spice commercials received more than 7 million online views this week alone--and that does not include the viral vignettes we're talking about here. The cost of media: nothing.

You can see all of the videos here:

So, you ask, what's this got to do with me? Your voice isn't as deep as Mustafa's, you're more prone to have flab than abs, and you don't have a big-time ad agency writing on-the-fly copy for you. Fear not. The underlying social marketing principles and tactics are completely relevant and totally within your grasp. You don't even need to be funny.

1. Create a persona that is strong and on point
Start with selecting someone, or something, as the character that captures your brand positioning. It needs to inspire people to interact. It certainly can be you, but you'll want to consider carefully. Not only will it require a commitment of time, energy and dedication, but you're going to have to live by the results. I've seen a handsome British owner of a business use his picture in a promotional e-mail, and then send the same e-mail only changing the picture to a clerk from his mailroom. The mailroom clerk drew 20 percent more response. The owner stepped aside. Business is business.

In the case of The Old Spice Man, the character is meant to appeal to women (hey, most men don't wear a scent to please other men) with manly insult humor that would appeal to men. You can select a humorous persona, but make sure you can sustain it. You can probably hire a local stand-up comic to play the role for you. People will think it's you, only funnier.

There are other character options that may be far more appropriate and just as engaging as humor, such as providing service, knowledge, empathy, honesty, sincerity, advocacy and the ever-utilized fanatical price-slashing or stain-removing screaming crazy. Only you can pick what's right, but the goal is to create the viral phenomenon that will make people compete for your attention.

We're also assuming here that these are ultimately video-driven personas. Even so, it is vital that you can capture the personality in a written and spoken voice. You're going to need to entice people to join in before you can let them see your act.

2. Seed social networks with invitations to interact
Ask people to play along, and somebody will. If it's worth it, they'll tell their friends. Let's look at a few hypothetical examples.

Suppose you have an auto parts dealership. You can invite people to submit their greatest auto modification desires. You can find the greatest influencers through auto clubs, your knowledge of your customer base or even the best auto shops in town and have them be the answer men. Or prove your own knowledge by answering directly in your chosen persona.

If you own a gym franchise, you can have people enter a "Biggest Loser"-type weight reduction contest and let others cheer them on. Have a dance studio or music studio? Stage your own online "America's Got Talent." Own a bridal shop, invite brides to be to play "Say Yes to the Dress" and let others vote. Run a wine shop, take questions on how to match food with wine and let chefs from the best restaurants provide the answers and recipes.

3. Engage the engaged, the famous and the influencers
There is fame on a big scale, and there is fame on a local level. Seek out anyone intriguing, like the mayor or the local newscaster. The main objective here is to engage people that others will find intriguing or impressive.

Don't forget bloggers. They have followings, some considerably larger than you might expect. You are trying to have others do the heavy lifting of spreading the word and gaining more people to participate. You'll have the additional benefit of gaining more links to your website, which over time will increase your ranking with search engines, especially in local search--which for most entrepreneurs is the most important. Bloggers also tend to have their own Twitter and Facebook followings, which will help greatly in compounding your audience.

4. Personalize the response and people will compete for inclusion
Whether it is a contest, advice, or just a conversation, every time you make the exchange personal with that one customer you create demand from others to also want your character to give a "shout out" to them.

That is at the core of the Old Spice phenomenon. People started competing to be witty or provocative, making their best bets on what would intrigue the Old Spice Man to want to respond to them. Many thousands did not get a response, but it seemed like all of them did. And the ones that didn't kept trying harder to impress the Man. Also, every blogger or celebrity who did get a response wrote about it. It was a badge of honor.

5. Make it episodic and easy to share
This is all about interactive storytelling. The more stories, the more consistent the delivery of new episodes, the more frequently people will check it out, and the greater the odds to become either a media habit or an outright addiction.

This also provides the greatest opportunities for people to share a link to an episode with their friends. You want to take every opportunity to feed the virus.

You will also be able to measure which subjects and types of responses get the best results. As with anything in business, provide more of what people want and less of what they don't.

6. Keep the videos simple and short
Find the location that works. It doesn't have to be elaborate. The Old Spice Man never left the bathroom, never looked anywhere but right at the camera, never changed his posture. There is power in familiarity. There is an old saying: An idea is finished not when you've put everything you can think of into it, but rather when you've taken out everything you possibly can.

Limit the personality traits of your persona. Don't attempt sophisticated cinematography. There is a real estate agent in Canada named Ian Watt who bought a camera mount, hooked it to the dashboard of his car, turned it on and just started talking about his market while he was driving from place to place. He came across as wildly aggressive, on the go, in the know, always working for you, with a personality as driven as Gary Vaynerchuk.

Vaynerchuk, too, is a great example of minimalist consistency. His winelibrary.com videos are all shot straight on in the dingy, poorly lit conference room of his wine store in New Jersey. Doesn't  matter. He became a self-proclaimed $60 million wine shop and a frequent guest on Leno and Conan O'Brien. Don't let the setting or the production distract you from putting across the persona.

7. Promote it with tie-ins offline
Put up signage in your store promoting what you're doing online. If you advertise, make sure to promote your online contests or character. It will go much further than the classic--and clichÃƒÂ©d--line, "Visit our website."

Get yourself a cell phone with a video camera, shoot simple videos and upload them to your website and YouTube channel. Engage people of influence, especially those who are either well-known or thoroughly engaged in social media like Facebook and Twitter, to play along with you. Make your character strong, appealing and consistent. And enjoy the fruits of viral marketing.

Craig Reiss is the former Editor-in-Chief of Adweek, Brandweek and Mediaweek, among more than 200 other magazines and Websites. He currently owns Reiss Media, an Internet marketing firm.