An Old-Fashioned Approach to Finding Customers

Diana Ransom
April 18, 2011 min read
Opinions expressed by Entrepreneur contributors are their own. 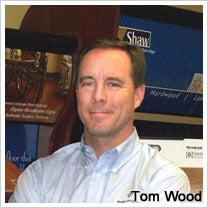 The flooring business isn't what it used to be. But for Tom Wood, the president and CEO of Floor Coverings International, that's a good thing.

When the mortgage meltdown set in, the rate of new home construction plunged -- and Wood's floor-installation franchise business went with it. In 2009, FCI's sales sank 10 percent, while 16 of its 75 franchise locations went under.

"I remember vividly thinking, that we needed to conserve cash and do whatever we could to do to keep the lights on," says Wood. Although FCI continued to spend on Internet advertising and direct mail in local communities over the period, the return on investment started to get "brutal," he says. "We felt like we were throwing money down the drain, as customers weren’t spending."

But something had to happen -- and fast. The way Wood figured it: "We had roughly 90 days to get this fixed or we were anticipating that the consequences would be dire. We all knew the economy was just melting down."

Although conservation was top of mind, Wood knew that he'd also need to redouble his efforts toward helping franchisees find new prospects.

Instead of just going for the obvious home owners or developers, FCI through its Fast Start program sent its corporate employees into the field to direct franchise owners on how to solicit business from real estate agents, restoration companies, home inspectors and kitchen remodelers. Although they learned how to knock on doors, cold-call possible leads and network, the main idea behind the program was to help franchisees build relationships with other companies that could foster future sales leads, says Wood.

"We were going out and finding customers before they even needed flooring," says Wood. "It was a culture shift… but that’s just what it took to survive."

That strategy appears to be paying off. FCI now has 98 franchise locations and the company's gross annual sales grew 17 percent last year. So far this year, FCI's sales are up 31 percent, says Wood.

Here are three pointers that FCI gives its franchisees on cold-calling/knocking on doors:

What are your best old-fashioned finding customers tips? Leave a comment and let us know.