An Inside Look At Being a Wal-Mart Supplier

By Carol Tice December 9, 2011
Opinions expressed by Entrepreneur contributors are their own. 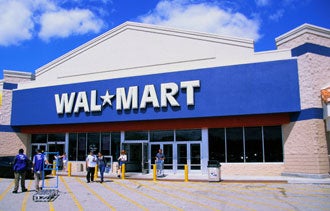 It's the dream of many manufacturers to get their products onto the shelves of a major retailer. And there's no retailer bigger than the Bentonville, Ark., behemoth: Wal-Mart.

What does it really take to service Wal-Mart as an account? A fascinating report from RetailingToday.com's Wal-Mart-focused package "Connecting Northwest Arkansas," which surveyed Wal-Mart suppliers, provides a rare look inside the companies who've won a spot in the retailer's wide aisles.

First thing to know: New suppliers are few. Just 4.2 percent reported they have been with Wal-Mart less than two years. Nearly half had been Wal-Mart suppliers for 12 years or more.

Another interesting tidbit: Most suppliers have dedicated employees on the ground in Arkansas, serving Wal-Mart up-close and personal. Nearly half have fewer than five people stationed there, but 10 percent have more than 50 people on the payroll in the region. More than one-third expect to allocate more resources for servicing Wal-Mart next year.

Still, Wal-Mart has struggled to retain market share since the downturn. Where are the big-box retailer's biggest competitive threats? The suppliers' top answer is dollar stores, followed by Target and Amazon.com.

Suppliers are happy about one trend at Wal-Mart -- after earning customer ire for stripping down its inventory, the retailer added 10,000 items back in the past year. So that's more opportunity for suppliers. But the retailer got only mediocre grades when suppliers were asked if the new-item introduction process at Wal-Mart is easily understood and efficient.

Suppliers said merchandise decision-makers were accessible and interested in their ideas. If you want to pitch Wal-Mart, don't expect a quick decision, though. The retailer got the lowest marks of the survey on a question about speed of execution.

Back when I used to cover the National Hardware Show, I got to know a lot of suppliers to big-box stores. I learned that supplying a huge account is risky business. The big retailers demand low-low prices from vendors -- and each year, they want a lower one.

You have to ramp up production to meet their needs, and drop other clients to focus on serving them. Then, if the big retailer discontinues your products, it can bankrupt a small business -- or even a medium-sized one. My take: Proceed with caution.

Would you like to be a Wal-Mart supplier? Leave a comment and let us know why -- or why not.