By Jonathan Blum July 6, 2012
Opinions expressed by Entrepreneur contributors are their own.

With summer in full swing, many entrepreneurs will be looking to escape the daily grind to relax and recharge on vacation. But while you've probably earned some uninterrupted downtime, going off the grid for a week or more might not be a realistic option.

Good news is there are plenty of new mobile tools -- from device mounts to portable hard drives -- that can help keep entrepreneurs connected while traveling this summer. Here are five new tools to help you keep your business operational on your next road trip: 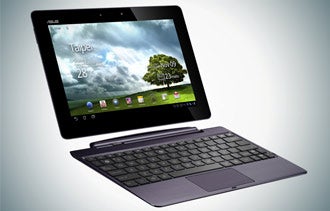 The Transformer Prime tablet from Asus

1. Turn your laptop into a tablet and back again.
It's no longer necessary to choose between a laptop and a tablet for travel. An emerging family of lightweight tablets can convert to a notebook-like device and back.

Take the Transformer Prime by Asus, a tablet powered by Android's Ice Cream Sandwich operating system that comes with a full full-size detachable keyboard dock. What you get is a full-featured tablet that's thin and weighs a little less than a pound a half.

While the detachable keyboard can be more useful for typing than a separate Bluetooth keyboard or typing directly on the tablet display, the real reason to consider the Transformer Prime is data connectivity. It comes with an HDMI port, Micro SD Card Reader and USB port. And the ability to plug into most external displays such as monitors and projectors can transform it into a mobile presentation tool.

The Transformer Prime starts at about $500 for the 32GB version -- comparable to other less business-friendly tablets such as the new iPad from Apple. 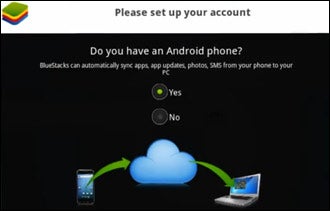 2. Run your Android apps on your PC.
The distinction between tablets and laptops becomes even blurrier with the App Player by Campbell, Calif.-based BlueStacks, which lets users run their favorite Android apps on Windows or Mac computers.

The free tool launches an Android window on your computer and allows mobile tools such as Google Maps Navigation for mobile, voice recognition and media apps to process faster on a desktop computer than on a mobile device. BlueStacks also has developed a Cloud Connect app that pushes Android apps from smartphones or tablets to PCs.

The service is still in beta testing for PCs, and alpha testing for Macs, with a limited number of apps still available. 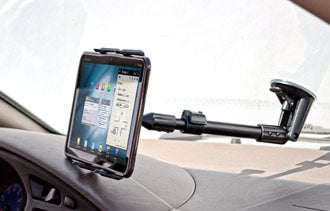 3. Work comfortably anywhere.
On the road, your office is wherever you make it -- such as your lap, lobby chair or airline tray. In tight spaces such as these, a portable stand can help boost productivity as well as comfort.

For example, consider the tablet and smartphone mounts offered up by Arcadia, Calif.-based Arkon which offers a variety of affordable device- and vehicle-specific mounts for traveling with smartphones and tablets.

Desk and travel stands for tablets start at $17.95. There are also car mounts specialized to attach wherever you might be sitting, including cup holders or headrests.

Related: 3 Ways to Boost Productivity with Your Smartphone 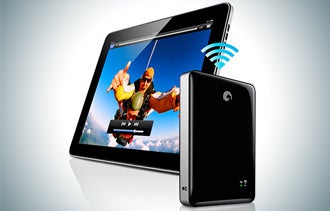 4. Carry all your data without wires.
One downfall with tablets and smartphones is that many have limited storage. It can be handy to carry extra data storage in case you have to make a presentation, download large files or want to watch a movie.

The GoFlex Satellite Wireless Mobile Storage ($199.99) by Cupertino, Calif.-based Seagate is a portable hard drive with up to 500GB of storage. It can stream data to any WiFi-capable device. The drive locates any WiFi-enabled devices within range, establishes a secure connection and allows content to be streamed, saved or backed up.. 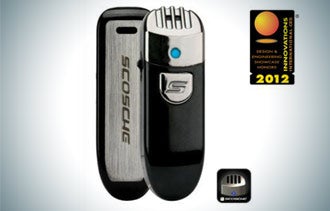 5. Take better notes.
Most mobile devices and laptops come with some kind of built-in recording capability, but the quality is usually barely good enough for taking the occasional voice memo, conferencing or recording a quick conversation. To keep real records of your conversations, or to have higher quality voice calls, it can help to have higher quality microphones -- both for recording and for mobile collaboration.

One example is freedomMic ($79.99) from Oxnard, Calif.-based Scosche Industries. This Bluetooth microphone records audio directly to a nearby iPhone, iPod or iPad. It can clip to the user's lapel shirt pocket and can capture sound at a range of up to 33 feet from the device. The system mic can filter out background noise and using the hands-free mic can be more convenient than hovering around an iPad on a table or holding up the iPhone to your face.