DiGiorno Pizza has become the latest company needing to take an apology tour in the wake of some misused social media.

Related: 5 Social Media Mistakes and How to Avoid Them

DiGiorno found itself in hot water after it tweeted a joke about pizza using the hashtag, without knowing the meaning behind it. 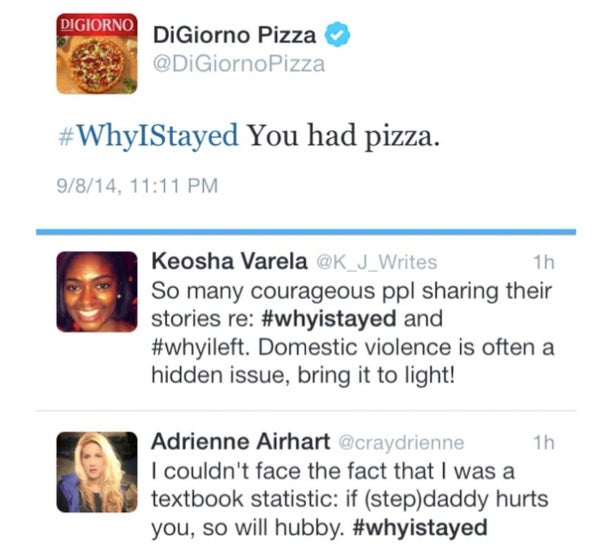 The company quickly deleted the tweet and apologized several times over, but the lesson here for all companies -- no matter their size or influence -- is clear: Stay informed and pay attention because context is key.

A million apologies. Did not read what the hashtag was about before posting.

An infographic from 360 Public Relations lays out what companies should do if they have to handle a social-media snafu, in particular, common sense tips like letting people vent their frustration and anger, and quickly and publicly acknowledging your mistake.

For more on the subject take a look at the suggestions below.