I Took a Ride in Tesla's New Model 3

By Andrew Tarantola July 31, 2017
This story originally appeared on Engadget

After celebrating the delivery of its first 30 Model 3's to eagerly awaiting pre-order customers, Tesla invited attendees at Friday night's event to take a spin in the brand new vehicles. So of course, we took them up on the offer.

Tesla bills the Model 3 as a slightly smaller (not to mention significantly less expensive) version of the Model S. For the most part, that analogy rings true. The interior of the Model 3 is well appointed with leather seats, power everything and most of the same electronic gadgets that the Model S offers. Despite being a few inches shorter than the S, the Model 3 does not skimp on the legroom. I stand over six feet tall and didn't feel the least bit cramped in the 3's backseat. 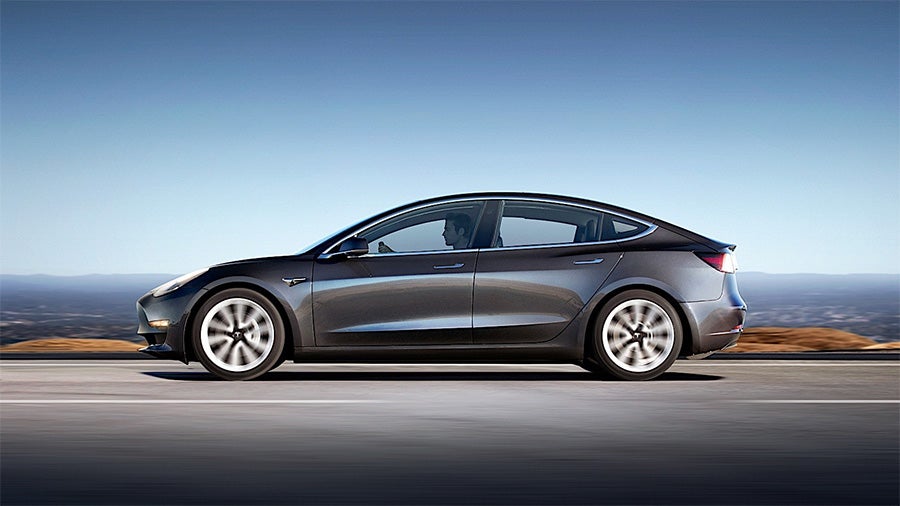 The Model 3 does have a smaller battery pack than the S so don't expect to engage Ludicrous mode (which it does not offer yet) and go blowing Lambos off the line. But while the 3 won't suck the fillings out of your teeth with its speed, the car is by no means a no slouch in the acceleration department. You still have access to every horse the electric drivetrain can muster every time you step on the "gas" pedal.

I took a ride in the $35,000 base model which boasts a 220 mile range and 5.6 second 0-60. If you opt for the Long Range edition (a $9,000 battery option), that figure drops to just over 5 seconds and extends its drive time to a whopping 310 miles. That means with the bigger battery, you can theoretically get from San Diego, Calif., to Scottsdale, Ariz., in a single charge. 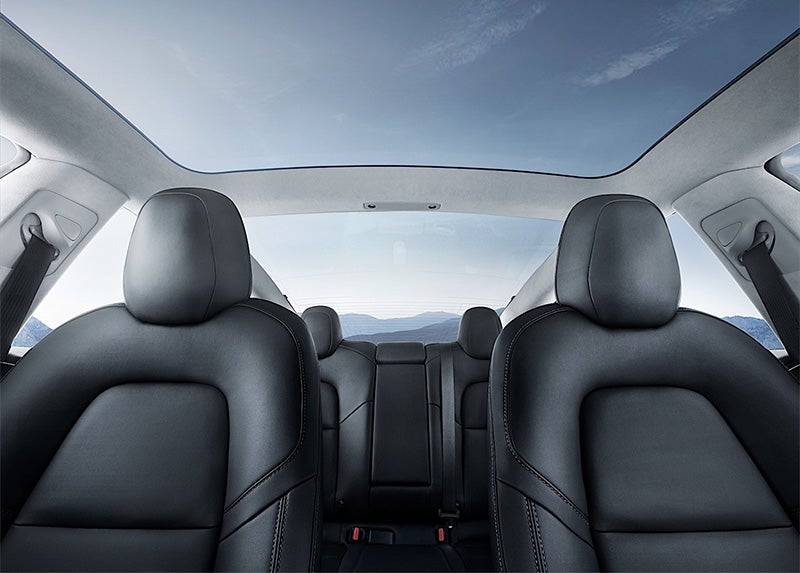 Of course, why would you push your luck when the Model 3 is fully compatible with Tesla's network of Supercharger stations. However, unlike the Model S and X, Model 3 owners won't have unlimited to the charger stations and will have to pay a small fee each time they're plugged in.

Overall though, this is a pretty sweet whip for $35,000. For that price, you could get a BMW 2 series or a Mercedes CLA, but why deal with the hassle of gas? The Model 3 may sacrifice a bit of the overwhelming performance of the S (looking at you P100D Ludicrous Mode) but it offers a far more responsible and reasonable driving experience in its place.

A look inside Model 3 pic.twitter.com/hIhAZn4Sdj

My only real qualm with the 3 is that the speedometer and the rest of the instrument cluster are located on the upper left corner of the center console control panel, requiring you to take your eyes off the road every time want to see how fast you're going. Still, while the Roadster put Tesla on the map, the Model 3 really feels like the car that will bring electric vehicles as a whole into the mainstream.