Colin Wayne survived a devastating attack that put him on a path he never expected.
Next Article

Updated 2/14/2019: Since this article originally published, Redline Steel experienced technical problems issues that resulted in missed delivery dates. Wayne posted a video on the company's Facebook page explaining the technical difficulties that resulted in the delays and told Entrepreneur via email: "We're literally working around the clock to get every order fulfilled...We only have two out of our four lasers running, but we're getting very close to getting all of our orders out that are backlogged."

To some teenagers, a longing for adventure and challenges leads to staying up all night trying to beat the highest level of Super Mario Bros. To Colin Wayne, it meant joining the Army. Following in the footsteps of his older brother, Wayne signed on as a military police officer on his 17th birthday. Wayne excelled, and rose through the ranks, gaining the title of Staff Sergeant within six years.

His years of exemplary service came to a brutal end while on his third tour of duty in Afghanistan in support of Operation Enduring Freedom. On May 3, 2012, a 107mm rocket exploded a few feet away from him, resulting in nerve and brain injuries, shrapnel wounds to both arms, and a large hole in his right leg where a chunk of metal tore straight through. Wayne was transported by medevac and stabilized, eventually heading stateside where he completed six months of physical therapy.

Related: How the Memory of His Fallen Brothers Powers This Entrepreneur's Passion

Through it all, Wayne says he never lost hope in achieving greatness. That drive to rebuild his body and life resulted in a fitness modeling career that is impressive by any standards. To date, he has appeared on more than 50 magazine covers and garnered 3.8 million followers on social media. 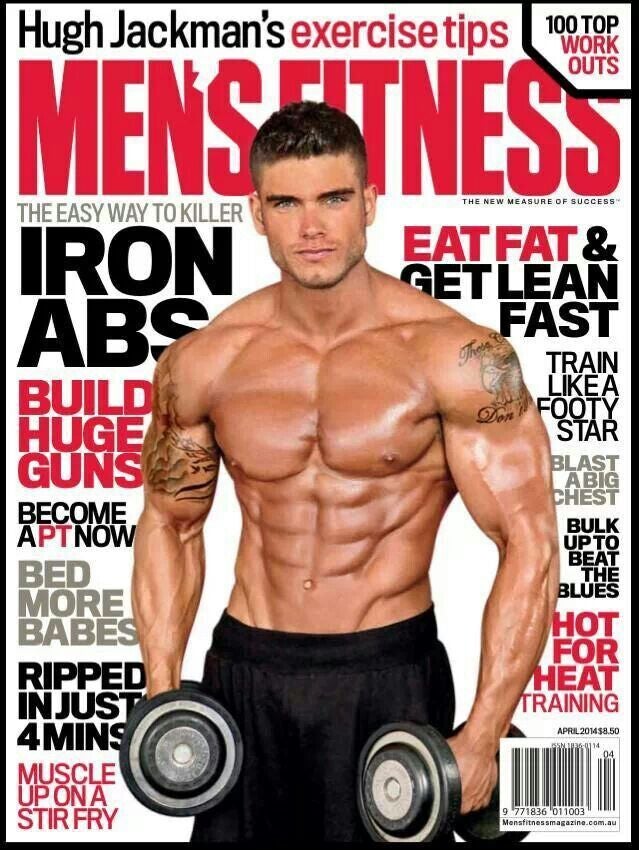 One of Wayne's many fitness magazine covers.

Wayne is now putting his physical and influencer muscle behind his home decor company, Redline Steel, which was founded in 2016. Wayne told Entrepreneur that just two years after founding it, the company is on track to gross more than $30 million in revenue.

We spoke with the powerhouse about his business, his work ethic and what it takes to contain your fear and take the leap when your big moment arises.

You've had what by most definitions could be called an interesting life. How did you find yourself in the home decor space?

A friend showed me this awesome steel sign he had a local company make for him. It was this realistic baseball player swinging a bat, and it had his son's name on it. I was in awe of the quality and wanted one for my son Carsyn, so I reached out to the company to order one. The guy said he was backlogged on orders for 10 to 12 weeks. About 10 minutes later, he called back and said, "Holy crap, it's Colin Wayne!" He knew me from my modeling work and told me he'd love to be at my level one day. So I offered to consult with him. Fast forward about three months and I made him an offer on his company. I said I wanted 51 percent and put very strict guarantees in place to mitigate his risk. I told him that I would do 6X revenue in 12 months from his last year and he said "Hell yeah!"

How has it gone?

We are projected to do over $30 million this year alone in revenue, which would put us above $40 million in revenue since inception. We recently acquired a new 110,000 square-foot facility that we will be transitioning into in August.

Were you able to leverage your fitness model success for the business?

Yes, I had a fan base of over 3 million people on social media, and it helped in the organic initial growth of Redline Steel. We transitioned to spending millions of dollars on Facebook annually to drive traffic and conversions.

What did being in the military teach you about risk?

The military is one of the top contributing factors to my success. "Fear of failure" is something that shouldn't be in your vocabulary in the military, or entrepreneurship. You need to take calculated risks and not be afraid of setbacks. And in both cases, you need the mindset that I will do whatever it takes to accomplish the mission.

Tell us about your proudest moment while serving.

When I was pinned Staff Sergeant (SSG). I was the youngest SSG in the brigade and I wore that proudly on my chest. I was always looking for that next position and never settled for what I had.

My leadership style is very similar to that of the military, and that is the culture being built at Redline Steel. From the bottom to the top, there's a respect that is instilled in every employee. We expect everyone to cover each other and nobody is above any role or task in the company, myself included.

Is there a quote and saying that inspires you?

One of my favorite sayings is, "Lead from the front." I believe that anything that you want to get done, you should be right there with your guys working to accomplish it.