New kinds of startups like Nunbelievable can solve the world's greatest challenges while driving profit and building a scalable, sustainable business.

February 6, 2020
Opinions expressed by Entrepreneur contributors are their own.

Kuda Biza knows about the catastrophic consequences of hunger. Growing up in Harare, Zimbabwe, he lived through the 1992 drought that left millions without food and killed several of his friends and neighbors. “In the worst affected areas, people would go for three or four days without food; if relief didn’t arrive in time, death was inevitable,” says Biza, whose father was part of the food relief efforts during that period. “For me, hunger is personal.”

So years later, when Biza had the chance to co-found a cookie company to combat hunger, he didn’t hesitate quitting a lucrative corporate job to join serial food-startup entrepreneur Bryan Janeczko. With Nunbelievable, a nonreligious brand inspired by nuns, the duo are attacking hunger one cookie at a time.

But their task is immense. More than 37 million people struggle with hunger in America, including over 11 million children — equivalent to the population of Canada. “As the father of a 5-year-old, I find that statistic horrific in a country with such immense wealth,” says Janeczko. “No kid should ever go hungry.”

Solving Problems With a Conscience

Nunbelievable’s co-founders both tasted business early in life. When Biza’s mother wouldn’t give him money for ice cream one day, the 9-year-old decided to earn it, offering to clean windows for his neighbor, who paid him $5 for three hours of work. Pretty soon, the mini mogul could afford more than just ice cream and employed several friends to scale operations. “That experience taught me the power of entrepreneurship: solving problems for others is liberating.” 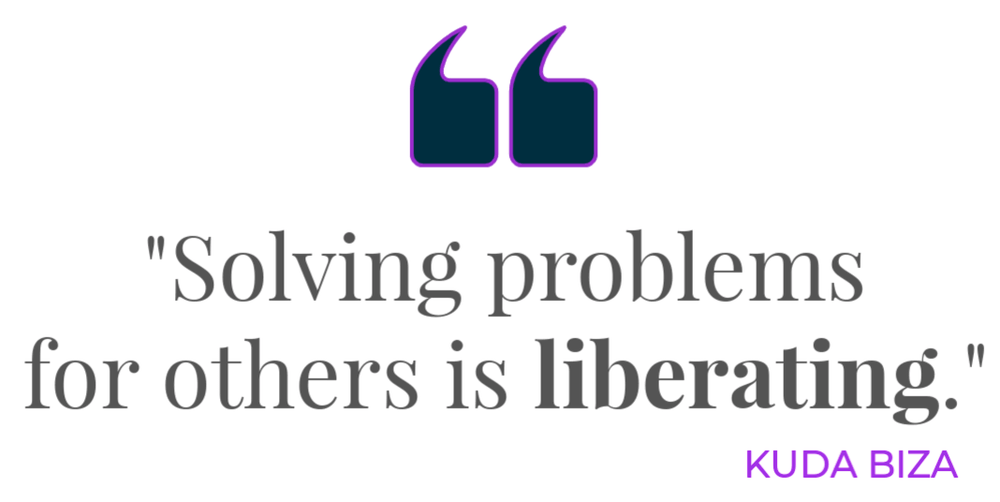 As the economic situation in Zimbabwe deteriorated, many young people couldn’t afford school. At 17 years old, Biza committed to help change that. Coming from a lower-middle-class family, he spent two years after graduating high school applying for scholarships to attend college in America.

With help from his sister, who took out a loan to cover the remainder of his tuition, Biza attended Lynn University in Boca Raton, Florida, to study aviation and business. While there, he launched a socially conscious clothing line from his dorm room with only $150. By donating a portion of the profits, he paid to educate over 100 African children.

After college, Biza was hired by the innovation team at a Fortune 500 company to identify and bring to market disruptive business opportunities. He launched several startups in multiple industries and locations, learning Arabic for his Middle East business. He also started a nonprofit to empower underprivileged children in Africa with scholarships and education supplies. 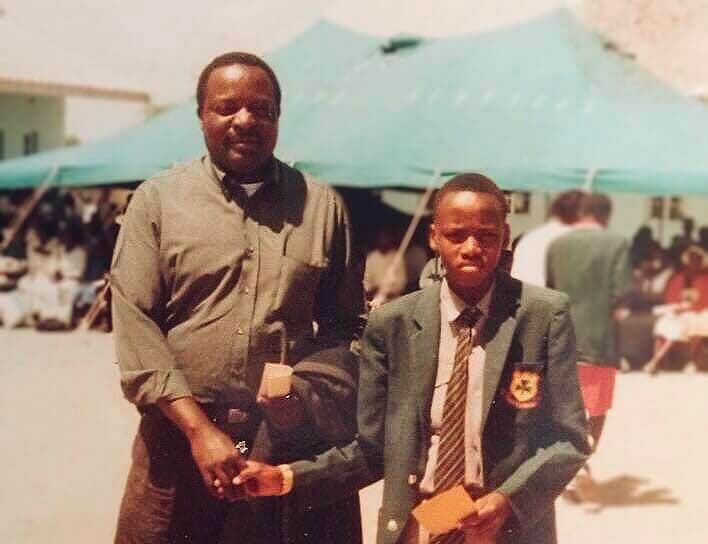 Janeczko — recently recognized by Business Insider as a leader in tech — developed his commercial awareness in high school by selling candy bars. He went from making $2 one day to earning several thousand dollars by creating a mini distribution network. The school principal eventually shut down his fledgling business, but it was too late: Janeczko was hooked on entrepreneurship.

After a stint in finance at J.P. Morgan, he took one summer off to travel the world and was inspired by global cuisine, particularly Mediterranean-based eating; it was clean, healthy, fresh, and simple — and studies backed its effectiveness.

“I realized this diet was an incredibly healthy, balanced way to live a better life, which was getting busier and more stressful for people,” recalls Janeczko. “It seemed possible to create a convenient eating solution, so nutrition wouldn’t take a back seat if you were a time-starved professional like me.” The spark of inspiration led Janeczko to co-found NuKitchen in 2004, which pioneered fresh meal delivery — now a multibillion-dollar industry.

But growing NuKitchen wasn’t a picnic. “I had some dark moments,” says Janeczko. “We were the first to launch this type of business in an emerging industry, so it was important to learn valuable lessons along the way. At one point, we ran out of money after co-signing a $750,000 business loan and didn’t know how to repay. It was scary.

“Even though we created a multimillion-dollar business that was growing, I was pitching investors out of desperation because we weren’t yet profitable; so I began focusing on my mindset and attitude. Self-development was critical for breakthrough thinking, escaping self-limiting thoughts, and finding inspirational guidance from thought leaders like Wayne Dyer and Eckhart Tolle.”

The mindset shift worked: in 2009, after raising $2 million in venture funding to grow the business, Janeczko sold it to Nutrisystem in a multimillion-dollar transaction. “I’m proud that helped hundreds of thousands of people eat their way to healthier lifestyles,” says Janeczko, who went on to launch and lead multiple “better-for-you” brands.

He became a founding advisory board member of Sparks & Honey, a tech-led cultural agency for global consumer insights that works with Fortune 500 brands to innovate and grow, and co-founded StartOut.org, which empowers fellow LGBTQ entrepreneurs like him. “I’m devoted to mentoring early-stage entrepreneurs in how to start up smart, develop their models, gain traction, and get funding,” he says.

The Nunbelievable duo met in 2012 when Janeczko was hired to consult on a project for Biza’s Fortune 500 employer. They became “partners in crime” after working together so closely, and it was inevitable that they would join forces to combat something greater.

Partnering With a Purpose

The name Nunbelievable was inspired by a group of nuns who devoted their lives to providing meals for the hungry. In 2016, these nuns made headlines when they were unable to pay the rising rent on their San Francisco soup kitchen. They were on the verge of being evicted. But once their story was out, help poured in. 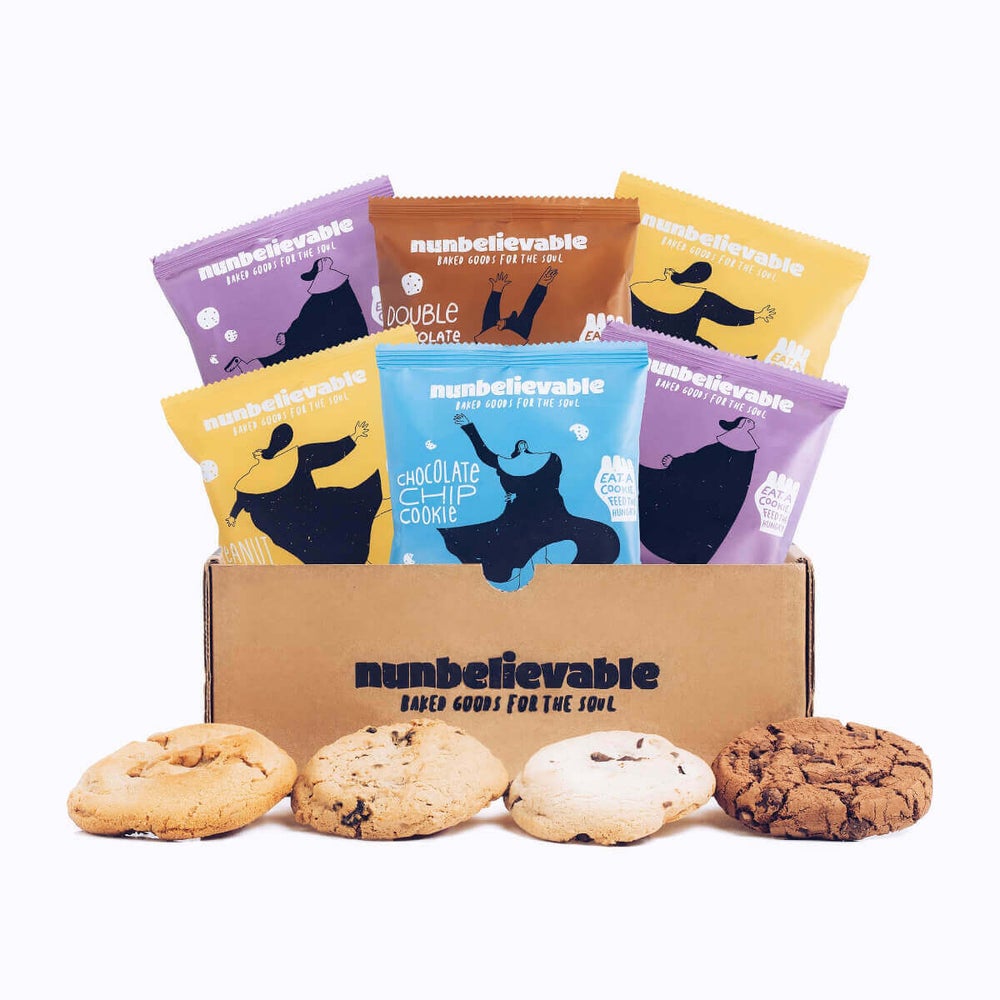 Many good Samaritans donated to buy them a mission, and the nuns were able to continue providing meals for those in need. “We were inspired by their devotion to help others,” says Janeczko, Nunbelievable’s CEO, who recruited Biza as CMO for his marketing and social enterprise expertise. “Our vision is to build the world’s leading premium mission-based baked goods business,” says Janeczko. “By partnering with organizations and nonprofits, we can end hunger in the most delicious way.”

With such a powerhouse team, it didn’t take long to get off the ground. “While a typical consumer packaged-goods company can take 12 to 18 months to go to market, we did it in six,” says Biza. “With an accelerated launch, the quicker you can get to market to test, learn from consumer insights, make changes, and scale.”

Launched in October 2019, the company is seeing early signs of success. After sampling the non-GMO cookies, one person committed to buying close to six figures’ worth. For every 12-pack box of cookies sold, Nunbelievable donates two meals to partner soup kitchens across America. Based on sales to date, Nunbelievable plans to six-times their donations to 12 meals for every box sold in 2020 and to exceed one million donated meals by 2022.

“For some, missing one week’s paycheck can mean going hungry or becoming homeless,” says Janeczko. When his team volunteered at a soup kitchen in Harlem, New York, they talked to people receiving the meals to better understand the root causes of hunger. “These are people just like you and me,” says Biza.

Janeczko explains that they met one man who used to work on Wall Street. One day he was making six figures, with a high-rise in New York City. The next, his wife cheated on him. He started drinking and doing drugs, got fired, and soon found himself on the streets, homeless and hungry. 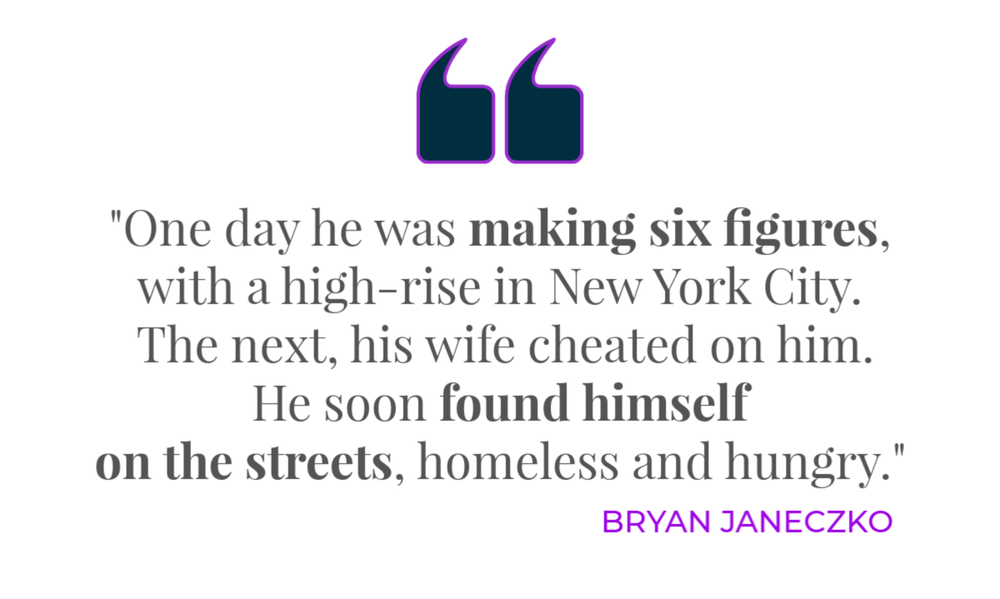 They believe entrepreneurship is the missing piece of the puzzle. “Entrepreneurs can make a difference for the problems that the government couldn’t solve,” says Biza. This model doesn’t just help the world; it’s also good business. “Businesses that are going to survive today and thrive tomorrow must have a purpose,” adds Janeczko.

Their why? Creating profitable businesses to help solve one of the world’s biggest problems. What’s your why?