Where Did the Most Billionaires Go to College, and What Did They Study? (Infographic)

One U.S. university leads the pack.

The narrative of the college dropout who became an insanely successful startup founder is one that’s entrepreneurial lore. Mark Zuckerberg, Bill Gates, Steve Jobs and Theranos founder Elizabeth Holmes all dropped out of undergrad, for example, and three of the four wound up building wildly successful companies. (Not too shabby.) But the reality is that for every founder who started a business in their college dorm room, there are more who finished up their degree and likely worked at low-level jobs for years before finding entrepreneurial success.

Where you go to school and what you study doesn’t necessarily guarantee you’ll be successful, but there are some interesting commonalities among self-made billionaires. According to research from Debut Careers, 51 billionaires received an undergrad degree from Harvard University. In second place was Stanford University, which has 34 billionaire graduates. And the story of the college dropout? There’s actually data behind it: Forty self-made billionaires dropped out of college, and 62 didn’t even attend college to begin with. Take a look at these infographics to further break it down.

Just as Harvard leads the pack among universities, the United States leads it compared to other countries. The vast majority of self-made billionaires studied in the states. 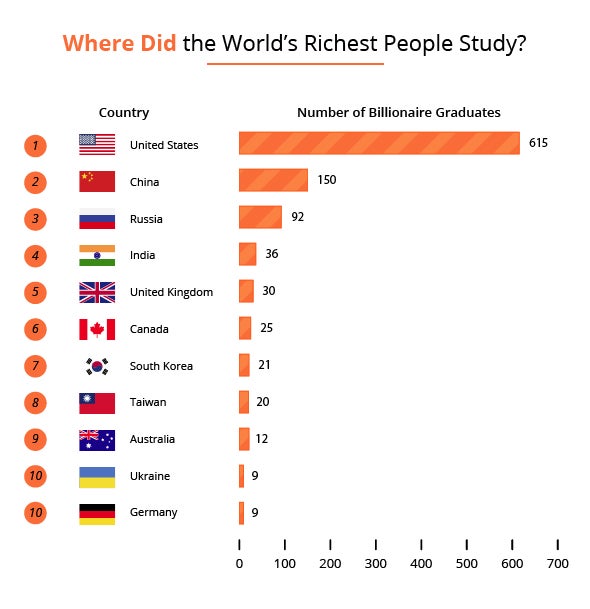 Think you need a Harvard MBA to compete with your peers? The majority of billionaires only hold one degree. A sizable portion holds two degrees, with even fewer people holding three or four. Hedge fund billionaire Clifford Asness, who has two undergrad degrees, a masters and a Ph.D, is an anomaly among his peers. 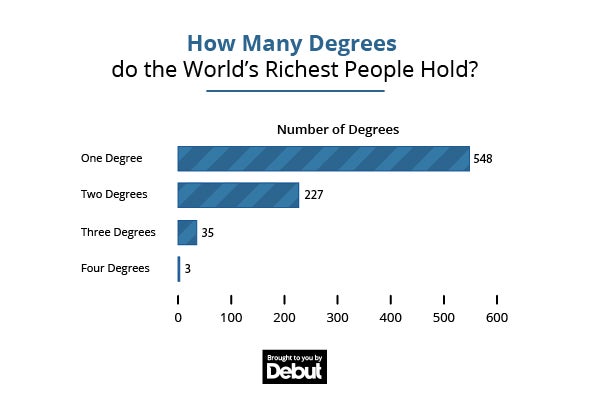 Among those who have two degrees, an MBA is the most common post-grad degree. The majority of billionaires got a bachelor’s in arts and sciences, and nearly 150 received their MBAs. 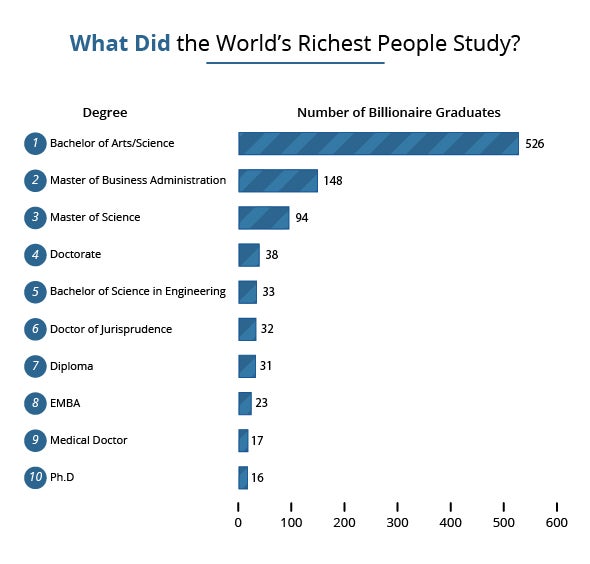 Related: Why the Myth of the College-Dropout Billionaire Is So Enticing