Tumbao, is a company of sustainable purses and wallets designed with ecological leather.
Next Article

Entrepreneur en Español
Entrepreneur Staff
October 2, 2020 3 min read
This article was translated from our Spanish edition using AI technologies. Errors may exist due to this process.

Nicholas Saye, Federica Caso, Ecab Amor and María José Heshiki de las Casas have created Tumbao , a company of sustainable purses and wallets designed with ecological nopal leather from Mexico. To boost their brand, they have launched a micro-patronage campaign on Kickstarter .

"Through Tumbao in general, and with the Kickstarter campaign in particular, we would like to show that small actions can be very useful when it comes to creating positive and sustainable change," they explain. "It is an invitation for people to participate in improving the state of our planet, while at the same time purchasing an exquisitely designed product," they comment.

Nicholas, Federica and María José are design students, while Ecab is a law and international relations student at the Spanish university IE University. Among the four founders there are nine nationalities (Mexico, the United States, Venezuela, Italy, Russia, the United Kingdom, Spain, Peru and Japan). The four friends met for the first time in 2019 at the IE University Fab Lab convinced of the possibility of placing their products on the market without having to renounce ethical principles such as the defense of animal rights or the protection of the planet. 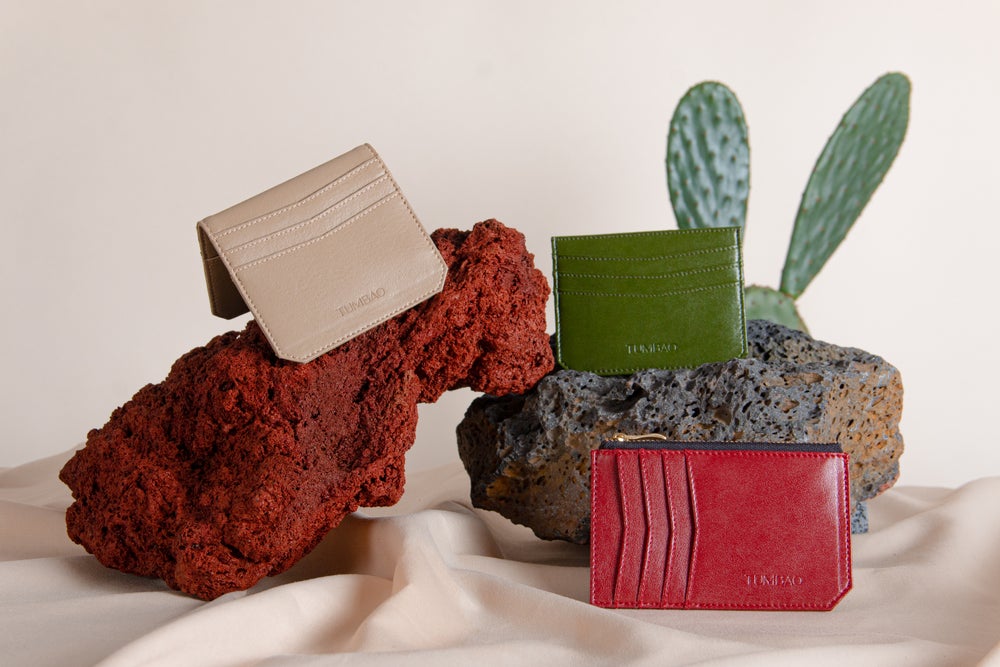 From the beginning, they were clear about the environmental impact of their project and made every effort to make the supply chain in the production of their wallets and purses as small and local as possible. After trying various designs and different materials, they found in the cactus the perfect ally to make their products. "We chose the skin of the nopal as a material and it exceeded our expectations, due to its texture and its positive impact on the environment," they explain. Its suppliers are in Guadalajara (Mexico) and Nicholas, one of its founders, was able to consolidate the details of the production during his months of exchange in Mexico City this year.

With the campaign launched today on Kickstarter, the Tumbao team of entrepreneurs seeks a financial boost to make the company operational and thus do their bit in transforming the dynamics of fashion towards a more sustainable and responsible industry.