What are the most widely spoken languages in the world?

Currently more than 7,100 languages are spoken on the planet, but approximately 40% are in danger of extinction

By Mónica Mena Roa in collaboration with Statista in Spanish

On September 30, International Translation Day was celebrated to pay tribute to the work of linguistic professionals. In particular, on this day the importance of their work to facilitate dialogue, understanding and international cooperation is highlighted, underlining their contribution to the maintenance and development of peace in the world.

According to estimates published on the Ethnologue website, more than 7,100 languages are currently spoken on the planet, but approximately 40% are in danger of extinction, often with fewer than 1,000 speakers, and only 23 represent more than half of the world population. Our infographic shows the most widespread languages in the world in 2020 according to the total number of speakers, that is, people who use them as their mother tongue or second language.

Without too many surprises, the ranking is led by English and Mandarin Chinese, with 1,268 million and 1,120 million speakers respectively. Next up on the podium is India's official language, Hindi (637 million), while Spanish (538 million) and French (277 million) round out the top five. 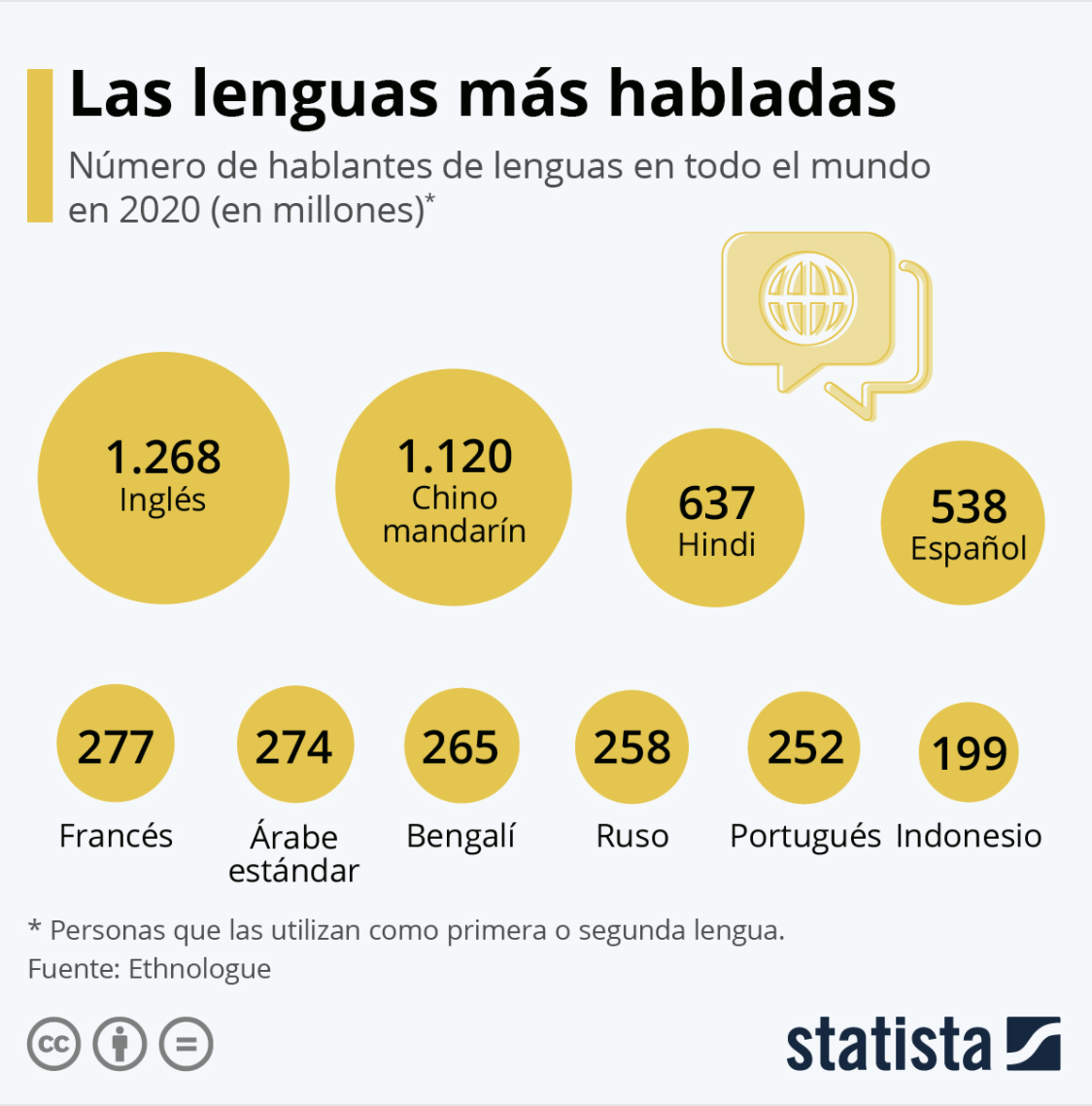 Airbnb to offer free accommodation to 20,000 refugees from Afghanistan around the world