A number of factors indicate that the tech giant may be losing its luster.

By Andrew Hecht March 2, 2021
This story originally appeared on StockNews

In Hinduism and Buddhism, karma is the concept that a person’s actions in this and previous states of existence determine their fate in future existences. In his lifetime, Mark Zuckerberg, the 36-year-old Facebook (FB - Get Rating) “founder,” could be the victim of karma over the coming months and years. Mr. Zuckerberg is a billionaire and the world’s fifth wealthiest person with an over $100 billion net worth.

The 2010 film, The Social Network, raised questions if Mr. Zuckerberg was indeed the real innovator behind Facebook (FB). Cameron and Tyler Winklevoss claimed Zuckerberg stole their idea for the social network platform while the trio was at Harvard. The twins later won a $65 million settlement from Facebook and have become Bitcoin billionaires. However, the Winklevoss pair have achieved nowhere near Zuckerberg’s success.

Mark Zuckerberg is far from a shooting star in the corporate world. He navigated Facebook brilliantly over the past years. In 2021, he may have pushed a bit too hard, and karma could be paying him and FB a visit if he is not careful.

Facebook took on Tim Cook and Apple a few weeks ago

Since August 2020, FB and Apple (APPL) have been at odds after Apple announced plans to force iPhone apps to ask users for consent before trading them for advertising purposes.

The privacy update was scheduled to roll out with Apple’s iOS 14 in September, but AAPL delayed it after FB protested, arguing the update would destroy FB’s and other developers’ advertising revenue. In his latest earnings call, Mark Zuckerberg attacked Apple, accusing the iPhone giant of making “misleading” promises about privacy practices. FB is preparing an anti-trust lawsuit against AAPL over its App Store rules for third-party developers.

Apple’s CEO, Tim Cook, fired back at Facebook, saying, “If a business is built on misleading users, on data exploitation, on choices that are no choices at all, then it does not deserve our praise. It deserves reform.”

The fight between Zuckerberg and Cook will continue in the courts over the coming months.

FB versus Australia and Canada

The Australian government had been working on legislation that would force technology platforms to pay publishers for news content. The bill’s initial version would have allowed media outlets to bargain either individually or collectively with Facebook (FB) and Google (GOOG) and to enter binding arbitration if the parties could not agree. FB decided to bar Australians from finding or sharing news on its service in response to the issue. The move caused pages of media organizations and some services to go dark.

Australia backed down, and FB restored the pages after the government amended the code to include a provision that “must take into account whether a digital platform has made a significant contribution to the sustainability of the Australian news industry through reaching commercial agreements with new media businesses.” The bottom line is that FB will not automatically be forced into negotiation. FB and GOOG are partnering with media outlets. GOOG did a deal with News Corp and FB with Seven West Media. The partnerships change the equation.

Last week, Canada became the next country to make FB pay for news content. The Canadian government has been collecting media allies, vowing not to back down if Mr. Zuckerberg decides to shut down Canada’s news as it did in Australia. Canada is working with France, Australia, Germany, and Finland to ensure fair compensation for web content. Many governments believe that FB holds a monopoly. While Australia backed down as FB and GOOG arranged for partnerships, the issue is likely to continue to cause problems for the companies. Legislators worldwide have expressed concerns about FB and GOOG’s dominance, which is likely to lead to regulation sooner rather than later. Apple’s Tim Cook is cheering on the governments.

FB could be biting off more than the company can chew

FB has grown into a global advertising monopoly, given its control of private data. The data makes advertising far more effective. A simple search for a product or service now leads to a tidal wave of advertisements for similar products or services. The technique has been highly effective, making Mark Zuckerberg a billionaire with a twelve-figure net worth.

Ironically, the tech giants have said they embrace increased regulation. However, with the writing on the wall, some of the leading companies have been working to make nice with the US government over the past months. Amazon.com (AMZN) reached out to the Biden administration to leverage its operations to assist in the COVID-19 vaccination efforts. Facebook is using an independent board to vet contributions, calling it Facebook’s “Supreme Court.”

FB, GOOG, AMZN, and other tech giants could be betting that the “right” kind of regulations could wind up supporting their earnings by making barriers to entry even higher for competitors. The last significant anti-trust period in the US was in the early 1900s when Teddy Roosevelt earned his reputation as a trustbuster when he led the charge against monopolistic practices. The success of the leading tech companies has made them natural monopolies. The founders and CEOs have become modern-day oligarchs. Zuckerberg, Bezos, Musk, and a handful of others have become the Vanderbilts, Carnegies, Fords, Rockefellers, and other “robber barons” in the eyes of many.

Mark Zuckerberg has been the poster boy for the issues facing big tech. The rise of the progressive left in the US is likely to be a nemesis for FB’s chief. The left’s leader, Senator Bernie Sanders, is on record saying, “There should be no billionaires. We are going to tax their extreme wealth and invest in working people.” 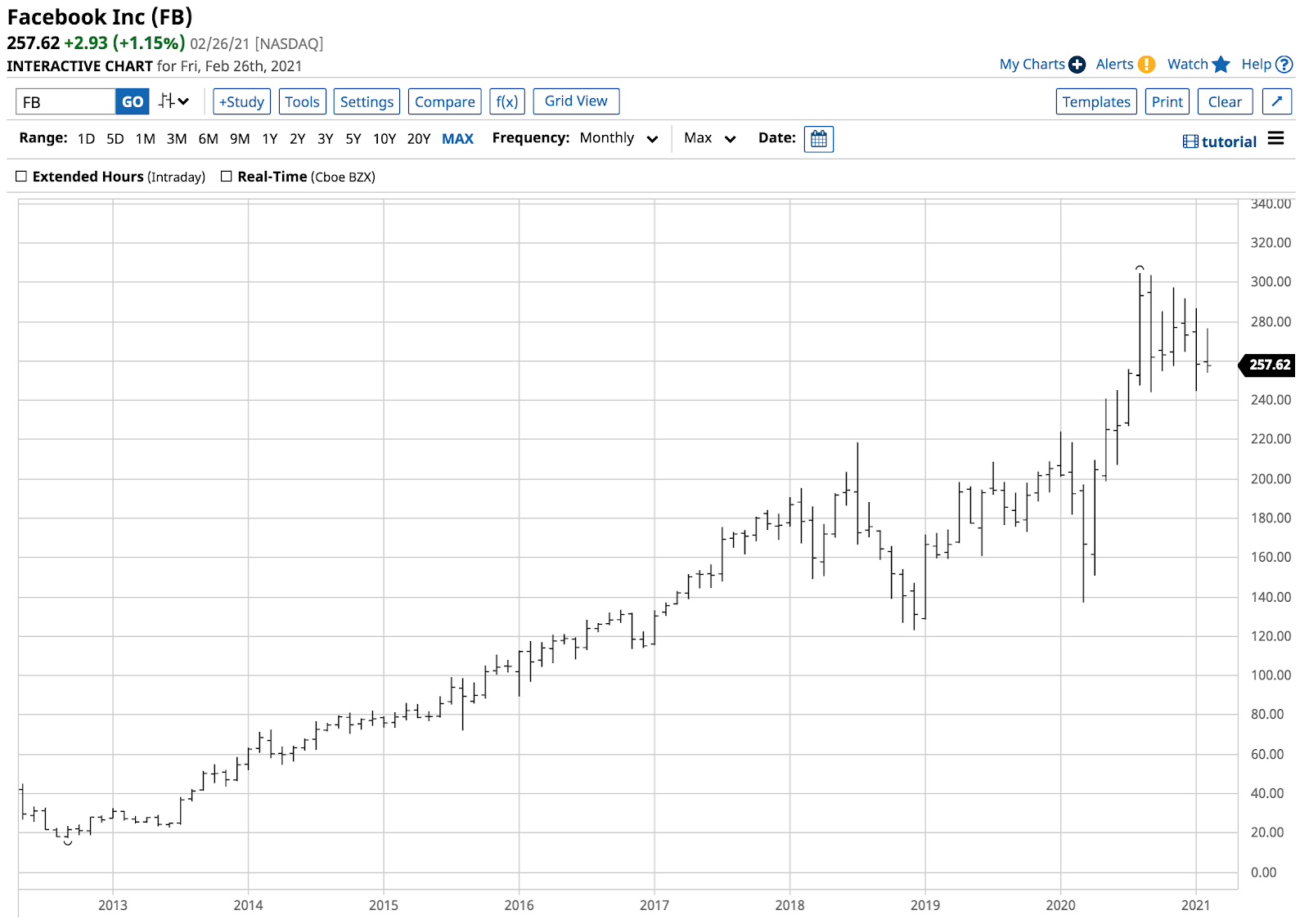 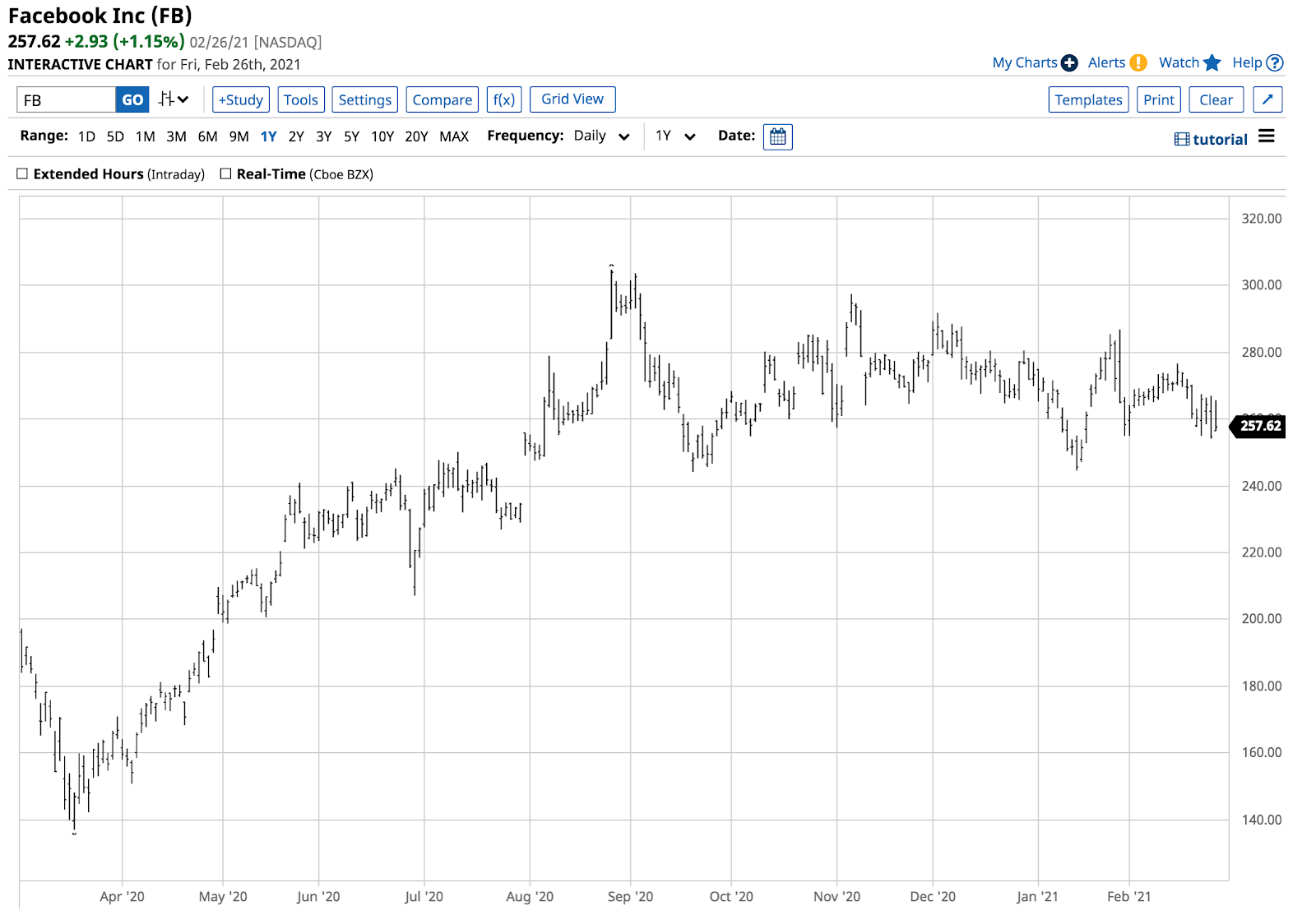 FB’s best days could be behind the company

Looking in the rearview mirror, FB has been an earnings machine. 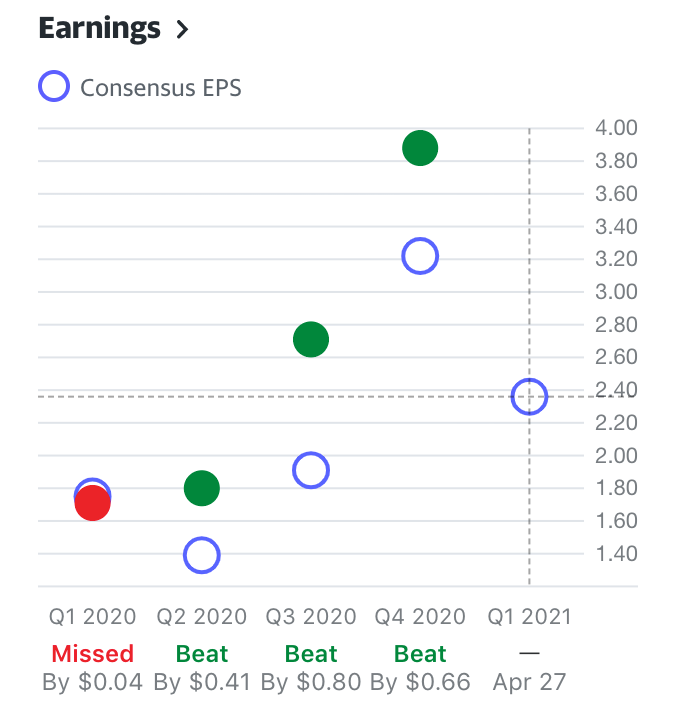 The chart shows that FB beat consensus EPS forecasts in three of the past four quarters. In Q4 2020, the company beat estimates by 66 cents, reporting earnings of $3.88 per share. 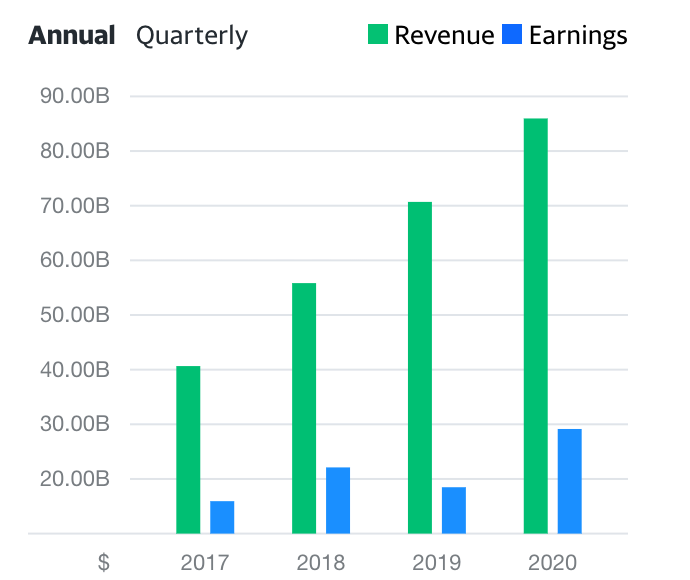 Revenue and earnings growth have been impressive from 2017 through 2020. A survey of forty-six analysts on Yahoo Finance has an average price target of $338.42 for FB shares, with forecasts ranging from $220 to $418. 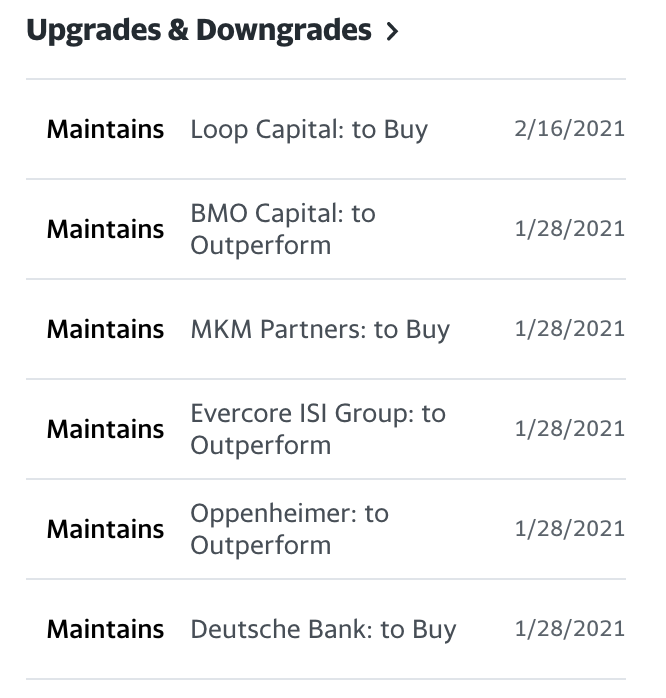 The latest ratings are all buys and outperform. All disclosure documents state that “past performance is not indicative of future results.” When it comes to FB, the company’s future may be more in the hands of regulators and legislators than its technological moxie. By taking on Tim Cook, Australia, Canada, and other influential people and governments, Mr. Zuckerberg could be inviting karma.

The current environment makes “billionaires” with dominant businesses vulnerable. Mark Zuckerberg’s enemy list seems to be growing at a time when the CEO and founder of the world’s leading social media platform need friends a lot more than foes.