Taco Bell type tacos for Mexico and Chernobyl for Ukraine: South Korean Channel apologizes for its representations of the countries at the opening of the Olympic Games

By Entrepreneur en Español July 26, 2021
This article was translated from our Spanish edition. Opinions expressed by Entrepreneur contributors are their own.

South Korean television station MBC apologized for using "inappropriate" images to represent countries during the parade of delegations at the opening of the Tokyo Olympics .

Munhwa Broadcasting Corporation (MBC) used some questionable descriptions to describe some countries. While for Italy he used a pizza and salmon for Norway, for Haiti he showed images of the recent riots and a caption saying that the "political situation in Haiti is clouded by the assassination of the president."

For Ukraine, an image of the Chernobyl nuclear power plant that exploded in 1986 was used, leaving immeasurable effects in the country. The hashtags "national disgrace" and "Chernobyl" were trending on Twitter in South Korea due to the controversial broadcast.

Other countries suffered insensitive treatments. For Romania he used an image of Count Dracula from Bela Lugosi, despite the fact that for the Romanian people Vlad Tepes (a character on whom Bram Stoker was loosely based for the vampire) is a national hero. And for Mexico ? Tacos, but of the Taco Bell variant that have absolutely nothing to do with the flagship dish of Mexican cuisine that is considered Intangible Cultural Heritage of Humanity by the United Nations Educational, Scientific and Cultural Organization .

The channel also made typos. When introducing Sweden, MBC wanted to describe it as the “developed country of well-being”, but a typo changed one of the symbols for “developed country” and transformed it into “cow's blood soup”, a typical Korean dish .

For the Marshall Islands, MBC wrote that the archipelago had been the United States' nuclear weapons testing ground and that Syria is "a country that has been at war for 10 years."

"As the chief executive responsible for MBC's content, I offer my sincere apologies to those who suffered from our careless and reckless coverage and to the viewers we disappointed," the network's president, Park Sun-jae, said at a press conference. , after offering three bows. 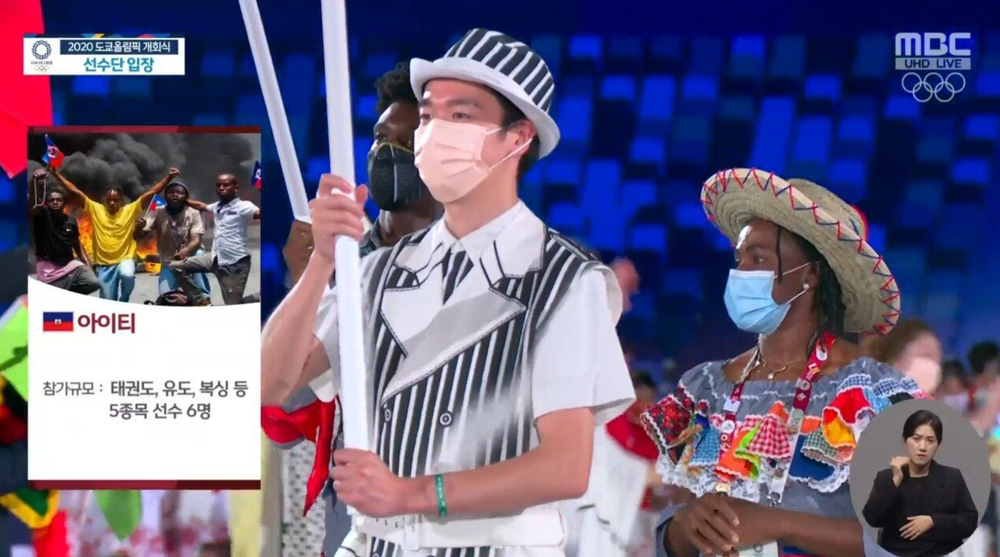 Park also apologized to Romania because during the broadcast of the Tokyo 2020 men's soccer match between the South Korean team and the Carpathian country, the channel published a sign that said "thank you Marin" in reference to the own goal scored by striker Marius Marin.

The chain remarked that it has sent letters of apology to the embassies of Ukraine and Romania, but not to Haiti or the Marshall Islands because they lack diplomatic representation on the Korean peninsula.