Is Advance Auto Parts Setting Up for a Big Move?

A down channel chart pattern has formed in the chart of Advance Auto Parts (AAP) over the past two months. This occurs through a combination of a line...

By Christian Tharp September 20, 2021
This story originally appeared on StockNews

A down channel chart pattern has formed in the chart of Advance Auto Parts (AAP) over the past two months. This occurs through a combination of a line of support that runs parallel to a line of resistance. If the stock breaks through either level, a big move is expected. Read more to learn how to take advantage of this trade.

Advance Auto Parts (AAP) is one of the industry's largest retailers of aftermarket automotive parts, tools, and accessories to do-it-yourself customers in North America. AAP operated 4,976 stores as of the end of 2020, in addition to servicing 1,277 independently owned Carquest stores.

The company has been expanding its footprint by opening new stores and increasing its online presence. In addition, AAP has continued to make progress on its Do It Yourself (DIY) e-commerce platform. Plus, its acquisition of the DieHard brand is aiding sales growth.

AAP has a current ratio of 1.3, which indicates it has more than enough liquidity to handle short-term obligations. This has led to a Quality Grade of A in our POWR Ratings system. Its gross margin of 44.9% is also above the industry average.

Over the past year, sales were up 13.1%, while earnings grew 43.4%. However, analysts expect earnings to fall slightly year over year in the current quarter. The stock looks undervalued with a forward P/E of 16.42 and a price-to-book of 3.9.

AAP’s stock had been trending up since mid-February, but has been showing bearish momentum since late July, as shown in the chart below.

Take a look at the 1-year chart of AAP below with my added notations: 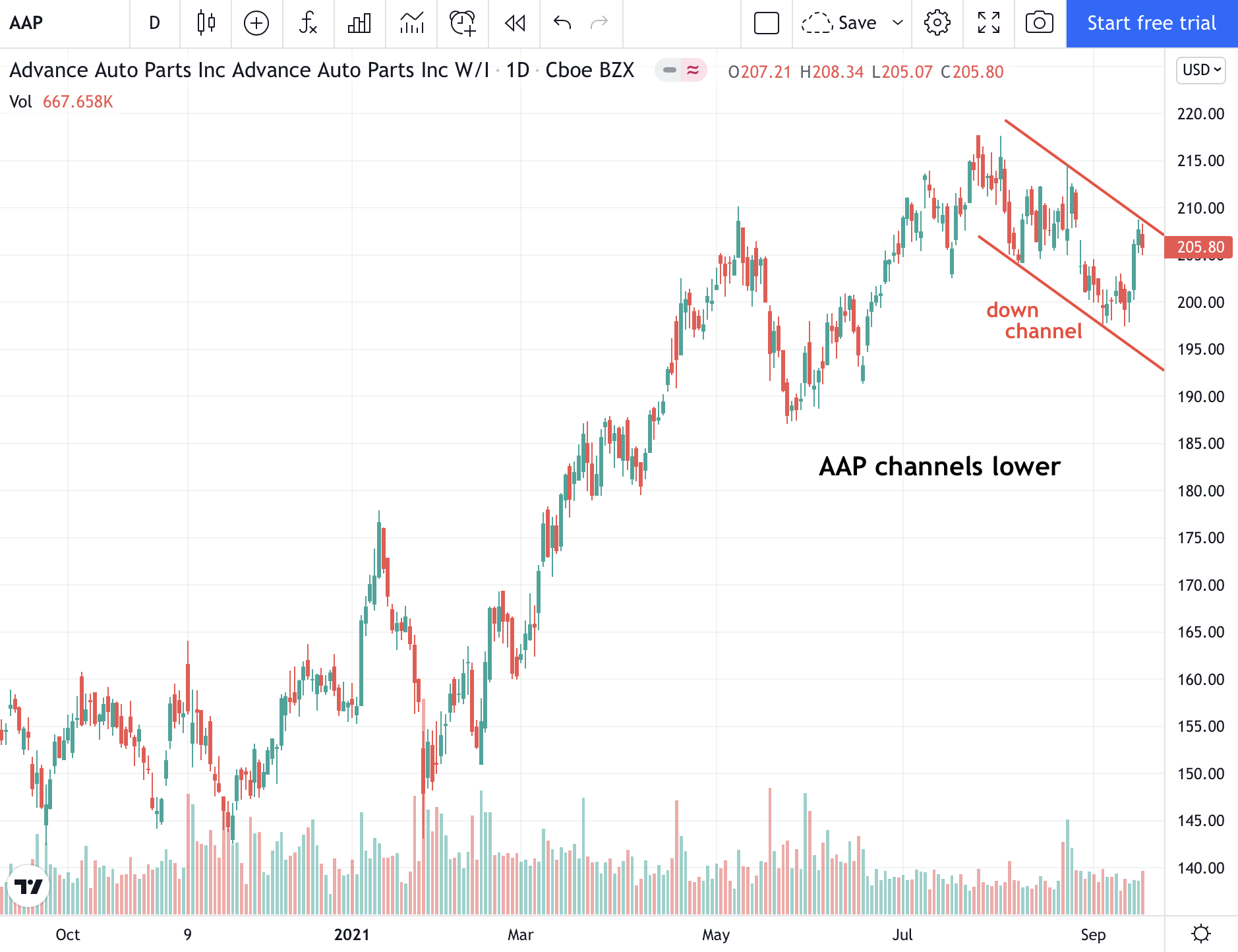 Chart of AAP provided by TradingView

AAP seems to have formed a down channel chart pattern over the past two months. A channel is formed through the combination of a trend line support that runs parallel to a trend line resistance.

The post Is Advance Auto Parts Setting Up for a Big Move? appeared first on StockNews.com