Analog Devices Headed for a Big Move, Here's Why

An up-channel chart pattern has formed in the chart of Analog Devices Inc. (ADI). The stock is expected to either break through the channel resistance...

By Christian Tharp September 30, 2021
This story originally appeared on StockNews

An up-channel chart pattern has formed in the chart of Analog Devices Inc. (ADI). The stock is expected to either break through the channel resistance, or break below the channel support. Read more to learn how to profit from this trade.

The company is benefiting from strength in the consumer, industrial, and automotive end-markets. It is seeing increased demand for high-performance analog and mixed signal solutions. Plus, there is growing momentum in the electric vehicle space due to its robust Battery Management System solutions.

ADI has a current ratio of 1.1, indicating it has more than enough liquidity to handle short-term obligations. This has led to a Quality Grade of B in our POWR Ratings system. The company has seen steady earnings growth over the past five years, averaging 16.6% per year. Analysts expect earnings to rise 30.8% this year.

The stock appears a little overvalued with a forward P/E of 23.70. ADI has been in an uptrend since mid-May as shown in the chart below.

Take a look at the 1-year chart of ADI below with my added notations: 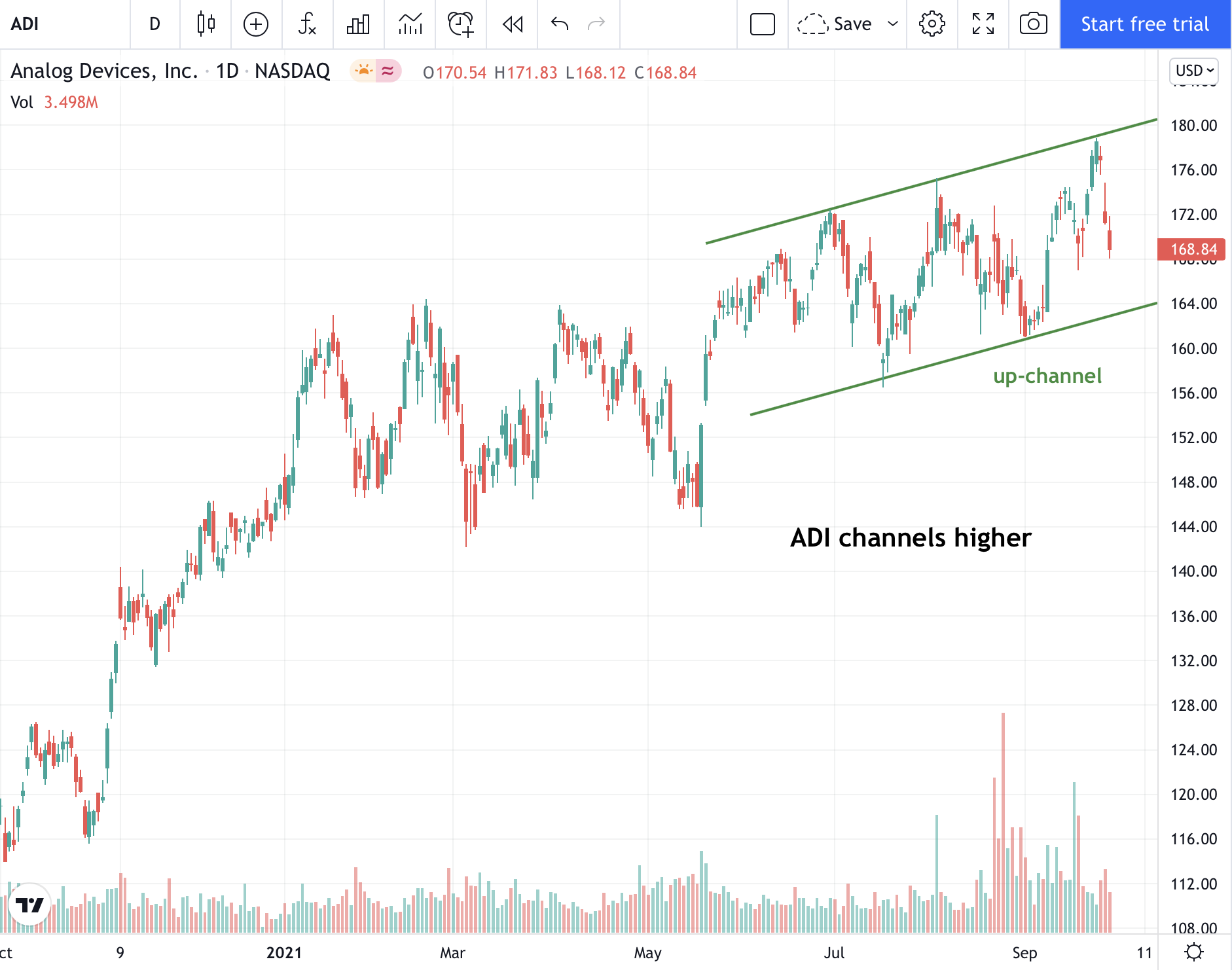 Chart of ADI provided by TradingView

ADI appears to have formed an up-channel chart pattern over the past few months. A channel is formed through the combination of a trend line support that runs parallel to a trend line resistance.  When it comes to channels, any (3) points can start the pattern, but a 4th test or more helps to confirm it.

Analog Devices Inc. (ADI) is a part of the Entrepreneur Index, which tracks some of the largest publicly traded companies founded and run by entrepreneurs.

The post Analog Devices Headed for a Big Move, Here’s Why appeared first on StockNews.com

Facebook Slammed By Oversight Board For "Withholding Information" In Trump Case

Ford (NYSE: F) On The Verge Of Multi-Year Highs

2 Growth Stocks to Buy on the Dip