Is Alcoa Setting Up for a Breakdown?

Alcoa Corp (AA) recently reported a strong third-quarter due to higher aluminum prices. However, in its chart, a level of support has formed. If the stock falls through this level,...

By Christian Tharp October 28, 2021
This story originally appeared on StockNews

Alcoa Corp (AA) recently reported a strong third-quarter due to higher aluminum prices. However, in its chart, a level of support has formed. If the stock falls through this level, a breakdown is expected. Read more to learn how to profit from this trade.

Alcoa Corp (AA) is a vertically integrated aluminum company whose operations include bauxite mining, alumina refining, and the manufacture of primary aluminum. It is the world's largest bauxite miner and alumina refinery by production volume, and its profits are closely tied to prevailing commodity prices along the aluminum supply chain.

The company recently reported a very strong third quarter. In fact, AA reported its highest-ever quarterly net income of $337 million. It also generated $3.1 billion in sales due to higher alumina and aluminum prices. AA is the world’s largest producer of alumina, which is used to produce aluminum.

This has led to a Growth Grade of B in our POWR Ratings system. The stock looks extremely undervalued with a forward P/E of only 6.97. AA was showing bullish momentum at the beginning of the month, but has since reversed course and is now trending down as shown in the chart below.

Take a look at the 1-year chart of AA below with the added notations: 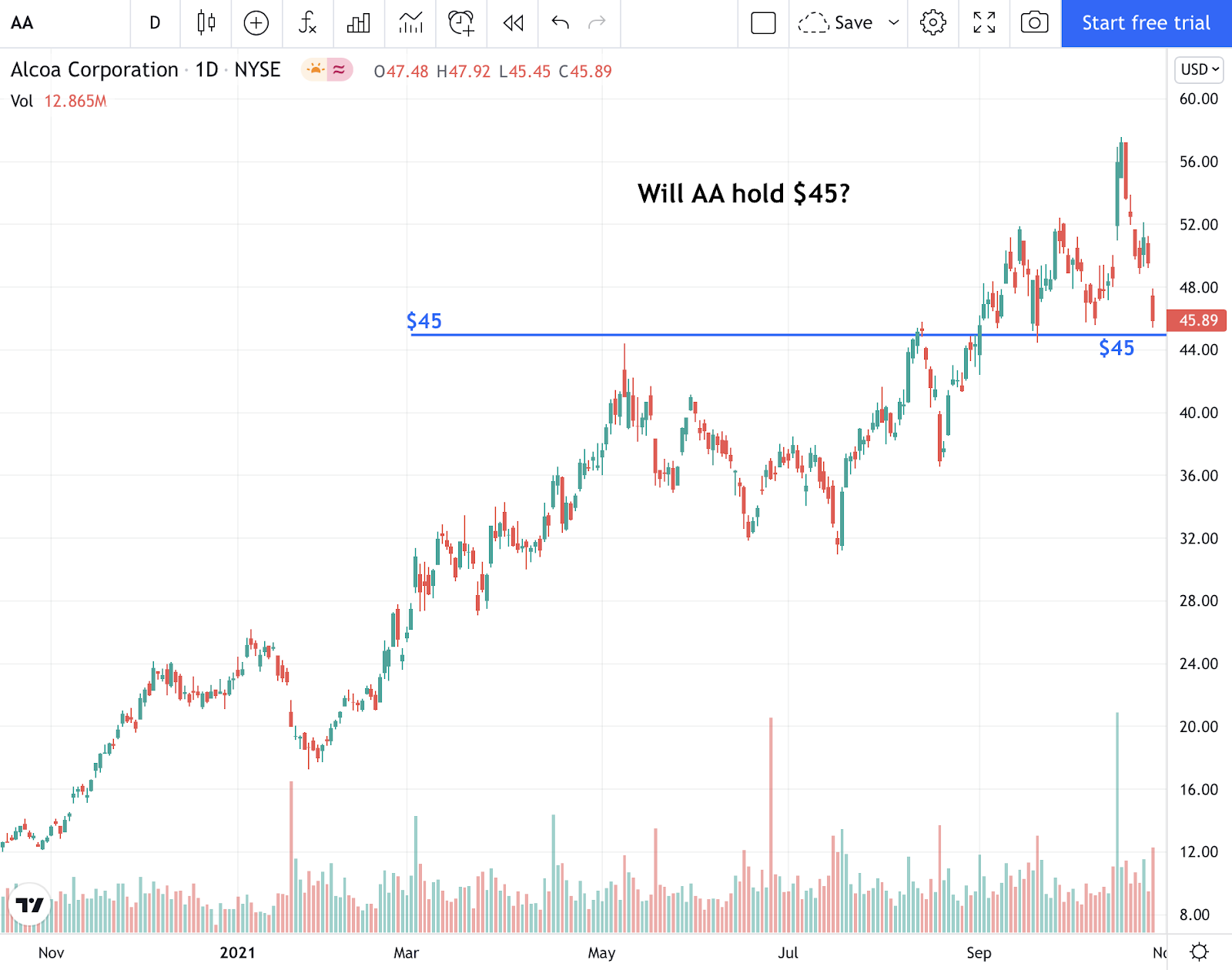 Chart of AA provided by TradingView

Over the past six months, AA has formed an important level to watch at the $45 (blue) mark, as that level has provided both support and resistance. AA is on its way back down to that level now.

A trader could enter a short trade on a break below the $45 level with a protective stop placed above the entry point.

The post Is Alcoa Setting Up for a Breakdown? appeared first on StockNews.com