Is Freeport-McMoran a Buy Following Its More Than 15% Drop Last Week?

The world's largest publicly traded copper producer, Freeport-McMoRan (FCX), has gained from the bullish performance of copper in 2021. However, its stock declined more than 15% in price last week...

By Pragya Pandey April 28, 2022
This story originally appeared on StockNews

The world's largest publicly traded copper producer, Freeport-McMoRan (FCX), has gained from the bullish performance of copper in 2021. However, its stock declined more than 15% in price last week after management issued a weaker outlook. So, can the stock regain its momentum in the near term? Let's discuss.

The company's shares declined more than 15% in price last week due to slightly weaker management guidance for 2022. However, the stock is up 15.1% over the past nine months and 12.6% over the past three months to close yesterday's trading session at $41.69.

According to a report by S&P Global, the International Copper Study Group (ICSG) predicts that copper supply will surpass demand by a massive 328,000 mt in 2022. The 2022 surplus is predicated on 3.9% growth in refined output, the largest increase in eight years, and a 2.4% increase in copper demand. We think this bodes well for the stock in the near term. 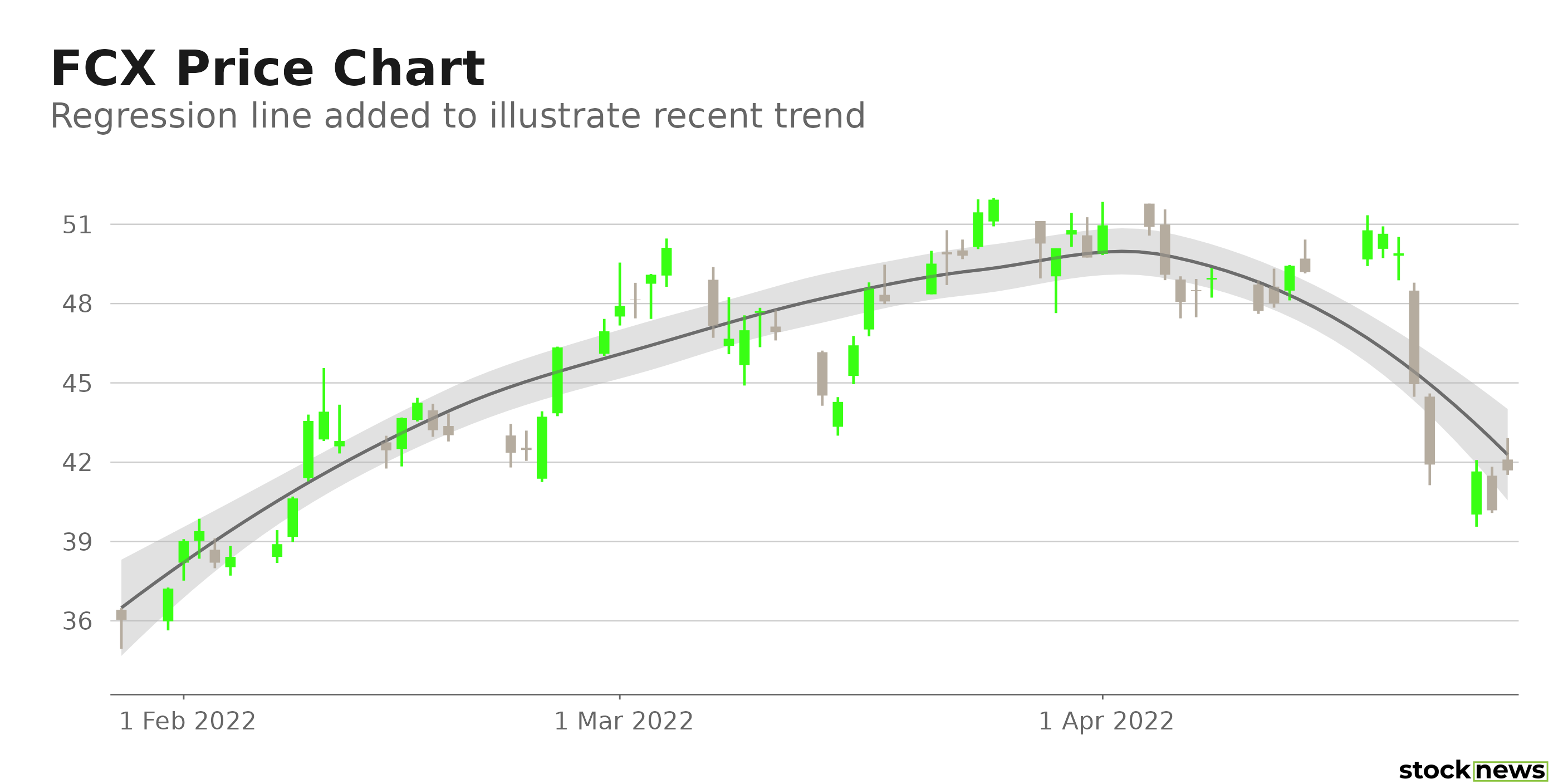 Here is what could shape FCX's performance in the near term:

FCX has an overall B grade, which equates to a Buy rating in our proprietary POWR Ratings system. The POWR Ratings are calculated by considering 118 distinct factors, with each factor weighted to an optimal degree.

Our proprietary rating system also evaluates each stock based on eight distinct categories. FCX has a B grade for Quality. FCX's solid earnings and revenue growth potential is consistent with the Quality grade.

Among the 37 stocks in the C-rated Industrial - Metals industry, FCX is ranked #13.

Beyond what I stated above, we have graded FCX for Sentiment, Growth, Value, Stability, and Momentum. Get all FCX ratings here.

Based on FCX's robust financial performance and solid prospects, the stock is on track to deliver substantial growth in the coming months. In addition, given the favorable consensus price targets and anticipation of solid copper demand in 2022, the stock could gain significantly in the near term. So, we think the stock could be a great bet now.

How Does Freeport - McMoRan Inc. (FCX) Stack Up Against its Peers?

FCX has an overall POWR Rating of B, which equates to a Buy rating. Check out these other stocks within the same industry with B (Buy) ratings: BHP Group Ltd. (BHP), Ryerson Holding Corporation (RYI), and Marubeni Corporation (MARUY).

The post Is Freeport-McMoran a Buy Following Its More Than 15% Drop Last Week? appeared first on StockNews.com