Univar Solutions: A Top Chemical Stock to Own in 2022

Specialty chemical distributor Univar Solutions (UNVR) has achieved considerable operating-margin growth across its business segments thanks to several strategic partnerships. And given the company's strong fundamentals and potential for long-term...

By Pragya Pandey May 16, 2022
This story originally appeared on StockNews

Specialty chemical distributor Univar Solutions (UNVR) has achieved considerable operating-margin growth across its business segments thanks to several strategic partnerships. And given the company's strong fundamentals and potential for long-term profitable growth, we feel it could be a great addition to one's portfolio now. Read on.

Univar Solutions (UNVR) in Downers Grove, Ill., is a global commodity and specialty chemical and ingredient distributor with a superior array of products from leading manufacturers. The company is well-positioned to offer tailored solutions and value-added services to a wide range of markets, industries, and applications, thanks to the industry's largest private transportation fleet and technical sales force, unparalleled logistics know-how, deep market and regulatory knowledge, formulation and recipe development, and leading digital tools.

The stock has gained 11.5% in price over the past year to close its last trading session at $28.52. The company beat the consensus earnings and revenue estimate in its last reported quarter. 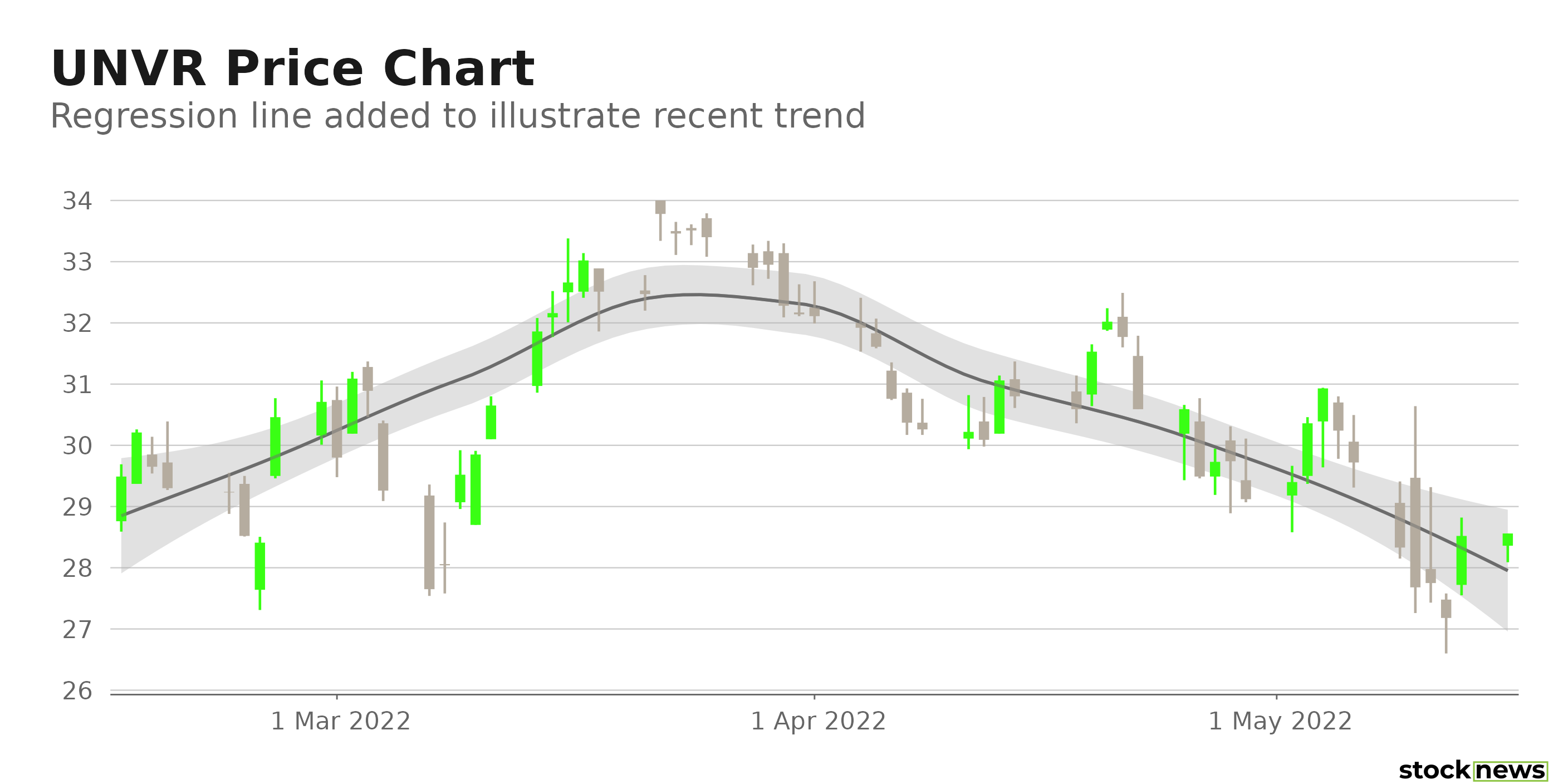 In addition, in a research report given to clients and investors on Wednesday, May 11, investment analysts at Jefferies Financial Group raised their Q2 2022 EPS forecasts for Univar Solutions. L. Alexander, an analyst at Jefferies Financial Group, now expects the basic materials company to earn $0.88 per share for the quarter, up from the $0.67 previous estimate. Here is what could shape UNVR's performance in the near term:

This month, UNVR announced a partnership with Motive Energy to build 1020kW of solar capacity and an ESS with a total energy capacity of 375kW/753kWh at its City of Commerce, Calif., site. Univar Solutions recently completed solar projects at other worldwide locations in Europe and Latin America, and this collaboration represents a further investment in on-site renewable energy-producing capability.

Last month, through a new distribution arrangement with Ashland, a specialized additives and specialty ingredients company, UNVR increased its specialty ingredient line in Mexico and Brazil. The deal brings together the resources of two companies focused on sustainability and innovation and should help formulators and manufacturers engaged in delivering science-based pharmaceutical solutions in Latin America and throughout the world.

The Street expects UNVR's revenues and EPS to rise 14.2% and 42.3%, respectively, year-over-year to $10.96 billion and $3.16, respectively, in fiscal 2022. In addition, UNVR's EPS is expected to rise at a 16.7% CAGR over the next five years. Furthermore, the company has an impressive earnings surprise history; it topped the Street's EPS estimates in each of the trailing four quarters.

UNVR has an overall B grade, which equates to a Buy rating in our proprietary POWR Ratings system. The POWR Ratings are calculated by considering 118 distinct factors, with each factor weighted to an optimal degree.

Our proprietary rating system also evaluates each stock based on eight distinct categories. UNVR has a B grade for Growth and Value. UNVR's solid earnings and revenue growth potential are consistent with its Growth grade. In addition, the company's lower-than-industry multiples are in sync with the Value grade.

Of the 89 stocks in the A-rated Chemicals industry, UNVR is ranked #14.

Beyond what I stated above, we have graded UNVR for Sentiment, Quality, Stability, and Momentum. Get all UNVR ratings here.

Since last year, the U.S. chemicals industry has made a remarkable comeback. Despite projected headwinds from rising raw material costs in the first half, robust demand for commodity and specialty chemicals is likely to keep prices high this year. Furthermore, chemical volumes in the United States are expected to rise by 3% in 2022. This, coupled with favorable analysts' sentiments and the company's fundamental strength, the stock could deliver solid gains in the near term. So, we think the stock could be a great bet now.

How Does Univar Solutions Inc. (UNVR) Stack Up Against its Peers?

UNVR has an overall POWR Rating of B, which equates to a Buy rating. Check out these other stocks within the same industry with A (Strong Buy) ratings: Sisecam Resources LP (SIRE), Valhi Inc. (VHI), and American Vanguard Corp. (AVD).

The post Univar Solutions: A Top Chemical Stock to Own in 2022 appeared first on StockNews.com