Digital Turbine: Down More Than 65% YTD, is Now a Good Time to Scoop Up Shares?

The shares of Digital Turbine (APPS) have plunged nearly 66% in price year-to-date on investors' pessimism surrounding its prospects. So, let's evaluate if it is worth adding the stock to...

By Pragya Pandey June 7, 2022
This story originally appeared on StockNews

The shares of Digital Turbine (APPS) have plunged nearly 66% in price year-to-date on investors' pessimism surrounding its prospects. So, let's evaluate if it is worth adding the stock to one's portfolio now. Read on.

Regarding its last earnings release, CEO Bill Stone stated that the company's performance is being impacted by the adverse macroeconomic environment and deterioration in the digital ad industry. 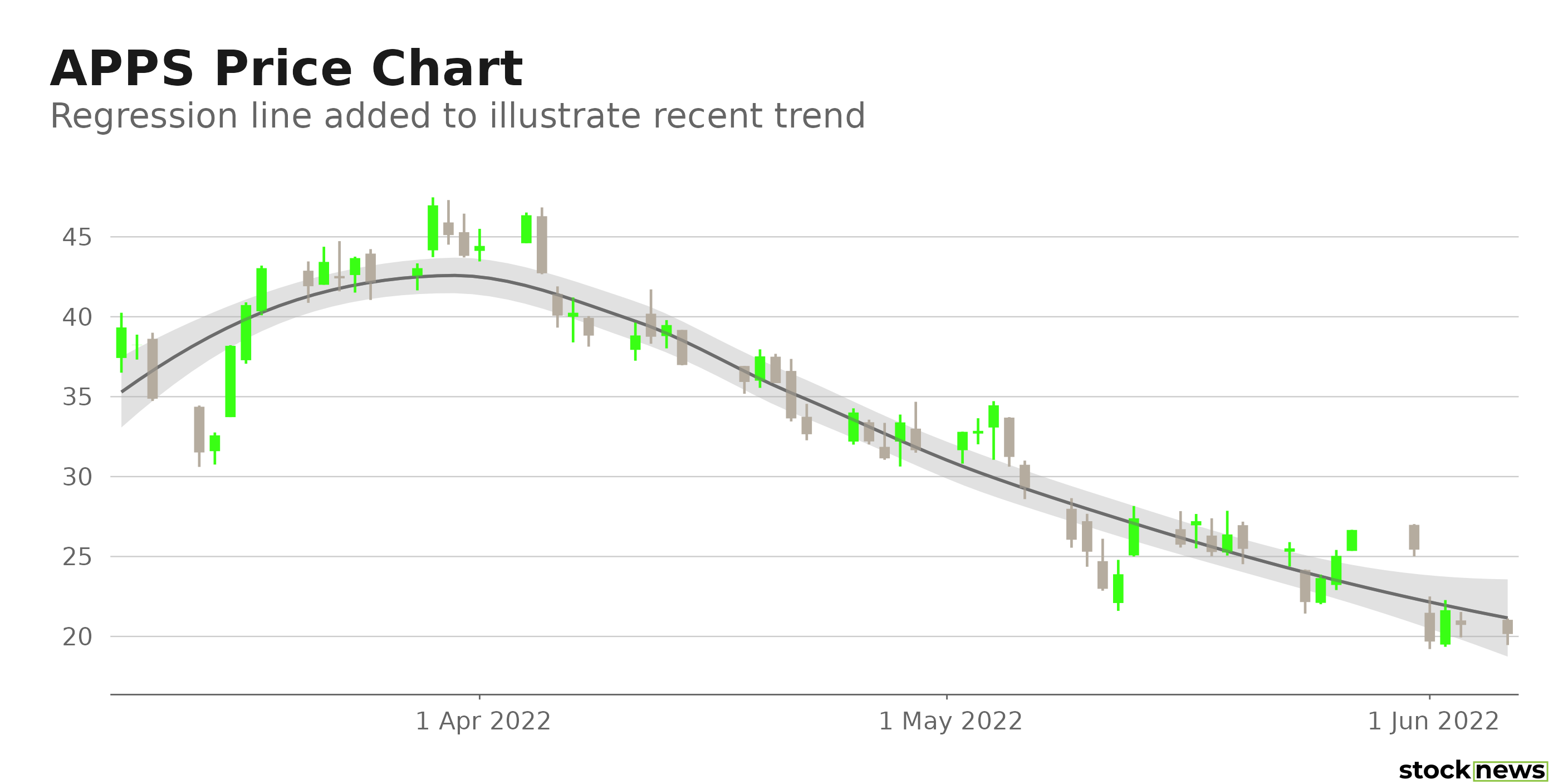 Here is what could shape APPS' performance in the near term:

APPS has an overall D rating, which equates to Sell in our proprietary POWR Ratings system. The POWR ratings are calculated by considering 118 distinct factors, with each factor weighted to an optimal degree.

Our proprietary rating system also evaluates each stock based on eight distinct categories. APPS has an F for Stability, which is justified given the stock's 1.89 beta.

Among the 156 stocks in the F-rated Software – Application industry, APPS is ranked #110.

Beyond what I have stated above, you can view APPS ratings for Growth, Value, Quality, Momentum, and Sentiment here.

APPS' declining bottom-line performance and poor growth outlook have weighed on investor sentiment. While the company is expected to gain on the back of content discovery and media platforms for mobile operators, current macroeconomic headwinds could mar its growth. In addition, analysts expect its EPS to decline 11.4% in the next quarter (ending Sept. 30, 2022). Moreover, the stock is currently trading below its 50-day and 200-day moving averages of $32.29 and $51.74, respectively, indicating bearish investor sentiment. So, we think the stock is best avoided now.

How Does Digital Turbine Inc. (APPS) Stack Up Against its Peers?

While APPS has an overall D rating, one might want to consider its industry peers, Commvault Systems Inc. (CVLT), Rimini Street Inc. (RMNI), and Progress Software Corporation (PRGS), which have an overall A (Strong Buy) rating.

The post Digital Turbine: Down More Than 65% YTD, is Now a Good Time to Scoop Up Shares? appeared first on StockNews.com