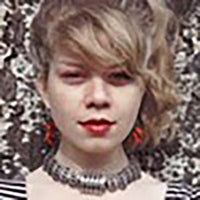 Britt Wray is a science radio producer and host whose work is regularly featured on CBC Radio 1 and Radio 3 at the Canadian Broadcasting Corporation and has appeared on WNYC's Studio 360. Britt is also a PhD candidate at the University of Copenhagen, where she researches science communication and synthetic biology. More about Britt can be found at brittwray.com.

Will Synthetic Biology Evolve Into the Next Hot Field?

Five things you should know about this growing segment that aims to modify life itself.
6 min read