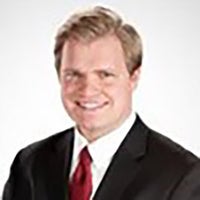 Drew Sandholm is a producer for CNBC, writing articles and working on special features for CNBC.com. Before joining CNBC, he reported for the investigative unit at ABC News and was a television anchor/reporter at an ABC News affiliate. He holds bachelor's degrees in Mass Communications and English from St. Cloud State University in St. Cloud, Minn.

Aetna CEO Says Company May Opt Out of Obamacare

CEO Mark Bertolini said the insurer may be forced to double its rates or pull out of the program.
2 min read