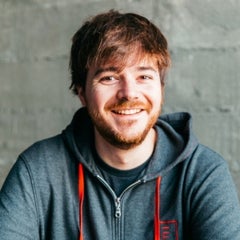 Founder and CEO of Envoy

Larry Gadea is the Founder and CEO of Envoy, a visitor registration product getting rid of paper sign-in books and providing an iPad based guest sign-in experience to millions of visitors in 55 countries worldwide. Larry started his career as a software engineer at 17, having been recruited by Google out of high school. He later joined Twitter as one of the early people driving its ability to scale. Wanting to build a similar global company, in 2013 Larry went on to build the initial website and app for what eventually became Envoy. Larry holds a Bachelor of Engineering from Carleton University.

Contemporary offices are basically the white-collar version of an assembly line. That will change as the information economy matures.