At Heitz Wine Cellars, personal relationships are maintained as carefully as wine. 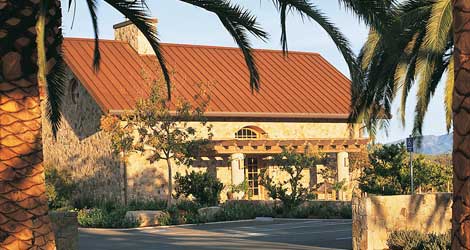 When Heitz Wine Cellarsopened in 1961, the Napa Valley had fewer than 20 wineries. Although there are now more than 350, the Heitz legacy as one of the valley's most distinguished wineries continues with the second generation.

Winemaker David Heitz has earned accolades since his first solo effort--the 1974 commemorative bottling of Martha's Vineyard Cabernet. He grew up working with one of the most influential winemakers of the 20th century, his father Joe, and then expanded his training with an enology degree from Fresno State University. 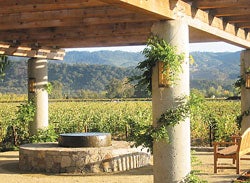 President Kathleen Heitz Myers is the other half of this dynamic sibling team. After acquiring a Biology degree from the University of Oregon, she chose to focus on the business side. Today she leads the family operation with frontline technology and business practices while carefully preserving Heitz celebrated traditions.

For over four decades, Heitz Wine Cellars has been recognized around the world for the brilliance of its Cabernet Sauvignons. In 2003, Wine Spectator confirmed, "Heitz's Martha's Vineyard bottlings rank among the greatest California wines in the 20th century." Heitz's Chardonnays and its Ink Grade Port are highly regarded as well and have each established a loyal following.

The Heitz winemaking magic is linked to special relationships within the Napa Valley. Founders Joe and Alice Heitz developed a bond with growers Tom and Martha May in the mid ླྀs that has been carried forward by the second generation of both families, including Richard May and Laura May Everett. From Martha's Vineyard near Oakville, they began producing a distinctive Cabernet that has been considered one of the flagship wines in the Napa Valley since its inception. Joe introduced the concept of vineyard-designated wines, an accepted practice today, to recognize this meaningful connection.

During the 1970s, the Heitz family formed another important union with Barney and Belle Rhodes of Bella Oaks Vineyard in Rutherford. This collaboration produces Cabernets that have earned national recognition for their superb quality and consistent style.

The Heitz family initially tied their winegrowing dreams to the purchase of eight acres of Grignolino on the St. Helena Highway. In 1965, they acquired a 160-acre residence and ranch on Taplin Road, a narrow fold in the hills just east of St. Helena. Originally developed as a winery by the Swiss-Italian family of Anton Rossi, the handsome gray stone cellar they built in 1898 is used today for aging fine wines.

Over time, the winery expanded to its current 370 acres of prime vineyard situated in the heart of Napa Valley. The Heitz family has always placed a premium on preserving the rich agricultural heritage of the Napa Valley, much as they have nurtured lasting relationships with their neighbors. They practice sustainable and organic farming at their ranches. This environmentally-sensitive approach is designed to ensure the future well-being of their winery and community. It is a decision that has resulted in healthier vines, and it has allowed the true characteristics of each site to come through in the complexities of the wines. Heitz is also involved with the Green Program (Fish Friendly Farming), which works to safeguard the Napa River watershed.

Despite its popularity, Heitz Wine Cellars' growth has been carefully controlled by the family in order to keep the focus on quality. Today, the winery accommodates an annual production of 40,000 cases with a small but dedicated staff of 20, which includes David, Kathleen, and family matriarch, Alice.