The 'Avengers' star is a great case study for anyone launching a new venture or attempting a midlife comeback. 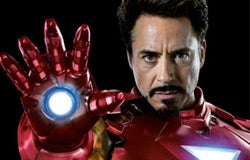 The record-shattering opening success of The Avengers, which sold more than $200 million in theater tickets in the United States and did about $640 million in business worldwide during opening weekend, is further evidence of an amazing fact: Robert Downey, Jr. not only rules Hollywood, but he's staged an even more impressive turnaround than General Motors.

Consider this: Since 2008, nine movies featuring the 47-year-old actor have grossed more than $1.5 billion in the U.S. alone, and his name on the marquee is perhaps the surest guarantee of a box-office smash. That's an astonishing run, especially because it wasn't that long ago -- 2001, to be precise -- that Downey seemed destined to become fodder for those "Whatever Happened To...?" articles in the supermarket tabloids. His drug addiction and erratic behavior earned him a prison stay and led producer David E. Kelley to fire him from what seemed like his last chance for resurrecting his career, a supporting role in the hit TV series Ally McBeal. Downey sank so low that despite his enormous talent, he was virtually unemployable.

But that was then. Today, if Robert Downey, Jr. was a company, he might be leading the Dow Jones index. It's not just that he revived his career; he's actually far bigger than he was at the apex of his youthful climb to stardom 20 years ago, when he earned an Oscar nomination for best actor in the critically acclaimed box office flop Chaplin. That makes Downey's self-reinvention a great case study for anyone who's attempting a midlife second act -- whether you're an entrepreneur starting a new business, or someone who is struggling at 40 or beyond to overcome past mistakes.

Here are five Downey-esque lessons that can help you mount your own comeback.

1. Concentrate on getting ahead one step at a time. Whether you need to vanquish some inner demons or escape from a bad stretch in your life, as Downey endured in the late 1990s and early 2000s, or you're simply trying to find a new passion in life, you're more likely to get there through patient plodding rather than big, sweeping dramatic gestures. Remember that Downey's comeback, from rock-bottom to superstar, took a good seven years of struggle, in which he had to work long and hard to prove his commitment to sobriety and regain his credibility as a professional. As he explains in this Esquire interview, "I found my way out of the woods by a subtler and subtler trail of bread crumbs."

2. Don't be too proud to accept help. Even after Downey seemed to have his drug addiction in check, producers were reluctant to hire him because insurance companies didn't like the odds that he would flake out and not finish a movie. That's when Mel Gibson, an actor who's had a troubled life lately but was flying high in 2003, stepped in. Gibson, who had co-starred with Downey in the 1990 movie Air America, offered to put up Downey's insurance bond, enabling him to get the lead role in the 2003 movie The Singing Detective. Downey not only did his work as promised but also turned in an excellent performance -- proving to Hollywood that he still had the chops to be a star. If he had been too proud to accept Gibson's generosity, who knows what would have happened to him?

3. Believe that in the end, your talent will enable people to overlook your past mistakes. The tipping point of Downey's career comeback was Iron Man, the 2008 blockbuster that firmly established him as a marquee attraction. But in many ways, Downey was an unlikely choice for the role of a costumed superhero, even one whose alter-ego was playboy industrialist Tony Stark. Not only was he a recovering addict with a lurid dark side, but as an actor, he'd spent much of his career playing off-center, irony-drenched supporting roles. But as director Jon Favreau explains in this GQ article, Downey's acting skills made him overlook those negatives, and the director worked hard to persuade Marvel Comics -- which owned the character and was dead-set against Downey -- that he was the man for the part. "Here was this force of nature, who I think was living with this frustration that he wasn't able to really show what he was great at, because nobody was willing to take that leap and say, 'This guy could carry my movie.' Nobody was willing to jump in the pool. I was."

4. It's never too late to develop self-discipline. As an addict, Downey was in such despair about his inability to stay away from drugs that he actually told a judge in 1999 that "It's like I've got a shotgun in my mouth, with my finger on the trigger, and I like the taste of the gun metal," according to this ABC News story from that period. Nevertheless, the actor has managed to stay sober since 2003. As this Men's Journal article details, he developed the discipline to do that in large part by taking up Wing Chun, a Chinese martial art that emphasizes close-in hand-to-hand combat, and demands intense focus and inner calm. "Wing Chun teaches you what to concentrate on, whether you're here or out in the world dealing with problems," Downey explains. "It's second nature for me now. I don't even get to the point where there's a problem." He's become so dedicated to the art that he takes lessons three to five times a week, sometimes bringing his instructor to the set when he's shooting a film.

5. Don't be afraid to play in an ensemble. It's easy to think of success -- or salvation -- as an individual endeavor. But one of the reasons The Avengers -- which brings together a pantheon of Marvel costumed icons ranging from Captain America to Thor -- has been getting overwhelmingly positive reviews from critics is that Downey resists the temptation to take over the movie. Instead, he has the discipline -- and the self-confidence -- to hold back and fit into director Joss Whedon's vision, in which Tony Stark's snarky running commentary is the glue that holds together the action sequences. As Paste magazine critic Michael Burgin writes: "Thanks in large part to the Downey, Jr.-powered snark-generating machine, the friction between the heroes actually makes sense." Similarly, if you can find a way to harness your talents and fit into a team of other strivers -- even if it means trading riffs rather than being the lead soloist -- you may have an even better shot at a successful second act.

Read more: Author Anna Quindlen on Getting Better With Age

to the Los Angeles Times Magazine

and is the co-author of two books, Poplorica: A Popular History of the Fads, Mavericks, Inventions and Lore that Shaped Modern America

and Oops: 20 Life Lessons From the Fiascoes That Shaped America.