Thrillist's Ben Lerer on Success as a Young Trep

By Shira Lazar
August 24, 2012
Opinions expressed by Entrepreneur contributors are their own. 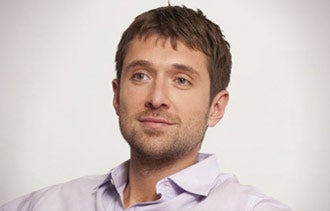 At 29 years old, Ben Lerer has proven there's a sweet spot between media and commerce.

Not only is he a manager of seed-stage venture-capital fund Lerer Ventures, he is the co-founder and CEO of Thrillist Media Group, which publishes a men's lifestyle newsletter that boasts more than 3 million daily subscribers. He's also a part owner of the members-only e-commerce site JackThreads which Thrillist acquired in May 2010.

This year, Thrillist is on track to ring in $60 million in revenue thanks to the JackThreads acquisition and its 2011 launch of daily-deals site Thrillist Rewards.

YoungEntrepreneur.com spoke with Lerer about what it takes to build and acquire companies while working and playing hard too. Here is an edited version of that conversation:

Q: What was the biggest challenge of starting up as a young person?
A: Starting a company is an emotional rollercoaster. When we launched Thrillist in 2005, I was very inexperienced and even more immature -- those qualities don't match up very well with needing to remain levelheaded during tough times.

Related: How JackThreads Plans to Own the Male Demographic (Video)

Q: When you were starting up Thrillist, was it helpful to have such a high-profile father like Ken Lerer who co-founded The Huffington Post? If so, how? If not, why not?
A: It was super helpful in that I had a great confidant and advisor in my corner from minute one. The only downside was sometimes feeling a little lost in his shadow during the early days. I sometimes felt like people assumed that I had an unfair advantage and didn't give me credit for the work I was doing. A lot of that was just insecurity though. Overall, my dad has been a massive asset in every sense of the word.

Q: What's your view on the staying power of flash-sale sites?
A: Flash sites are just a step in what will be a long evolution in commerce. It's the beginning of commerce being presented as content. I think some elements of flash-sales will be here to stay but I think we're just scratching the surface of how brands will sell products online.

Q: What's your investment philosophy?
A: I invest in people, not companies. I sit across the table from someone and want to be their business partner. Obviously it's nice when the market or product is really interesting to me, but generally, it's a connection with an entrepreneur.

Q: What is the biggest young-entrepreneur pitching mistake you've seen or made?
A: Generally, the thing that bothers me the most is when an entrepreneur is so steadfast in their belief of their product vision that they become defensive and won't take any constructive feedback. It's not that I have all the answers, but I want to see a willingness to hear other ideas before discounting them.

Q: What's your best social media/marketing strategy for spreading the word about Thrillist?
A: When we started Thrillist there was no Facebook or Twitter so the definition of social media was very different. Our growth came from people forwarding emails to one another. Honestly though, our best strategy was just to create great content.

Q: How do you unwind when stress gets to you?
A: I hang out with my family and friends. I travel or go for a drive. I'm actually pretty good at unwinding.

Q: Describe Thrillist's culture and why you think it works?
A: We've always described Thrillist as having a work hard, play hard atmosphere. While I think that's absolutely still the case, I don't necessarily think that we've built a great company culture because people here like to have a good time. At the end of the day, the reason we've been successful is that there are a LOT of people who work here that don't look at Thrillist as their job -- this is their career. People take extreme pride in what they do and it comes through in the work they produce. It's that entrepreneurial culture that keeps us sharp.

Q: What advice would you offer to aspiring young entrepreneurs?
A: I always give the same advice. It's sort of dark but it's true. Don't hope. Don't expect people to do what they say they'll do. Don't expect to get lucky. Don't do work that is good enough but not great. Don't expect anyone to catch your mistakes. Take responsibility for yourself and will things to be a certain way -- don't sit around waiting for an outcome.