True & Co. has thrived as an online-only lingerie company, but it had a hard-to-shake handicap: Many women want to try on a bra before they buy. The company didn't want to bog itself down with brick-and-mortar stores, so it launched the Try-On Truck, currently fitting women on a coast-to-coast tour. "This is not a marketing campaign for us but a full retail experience with revenue goals and sales targets," says CEO Michelle Lam. Customers make an appointment and fill out a questionnaire, so that when they arrive, a "fit therapist" is waiting with a personalized selection of products. And it works: The average order on the truck is much higher than it is online. Here's how the shop rolls. 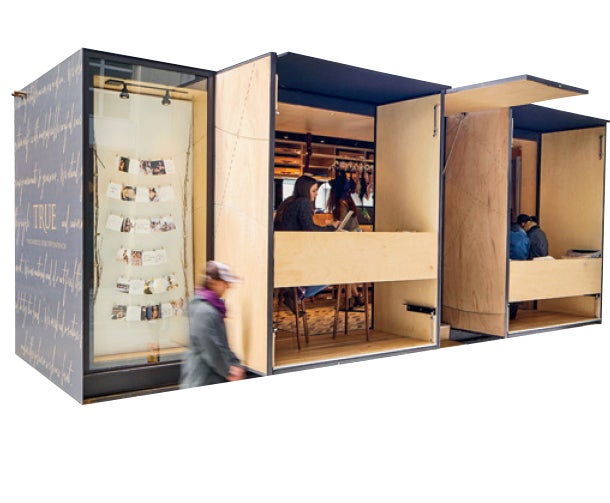