How the founders of Ming River Baijiu are attempting to launch an entirely new alcohol category in the United States.

Unless you've been to China, it is quite likely you've never heard of baijiu. But even if you have, and found yourself consummating a new business partnership with shots of the pungent clear spirit -- cheering over heaping plates of pork, chilies and noodles -- chances are you're still unaware that grain-based baijiu is the most consumed alcohol on planet Earth.

That's because even though four billion gallons of baijiu are sold annually, more than twice the volume of vodka, almost none of that ocean of distillate reaches American shores. Ming River Baijiu aims to change that. In a partnership with one of the largest and oldest distilleries in China, Luzhou Laojiao, the four founders of Ming River aim to not only introduce another bottle to the crowded spirit marketplace but also introduce an entirely new category to the American consumer. It's a daunting challenge indeed.

Adding to the difficulty is the history and breadth of the spirit (baijiu translates generically to white alcohol), encompassing numerous regional styles. Dating back to the Ming Dynasty, at least a dozen varietals, or aromas, of baijiu have developed throughout China. Four major pillars (sauce-aroma, rice-aroma, strong-aroma and light-aroma) account for more than 95% of sales volume, however. Strong aroma, the Sichuan-based variety that Ming River produces, is the most popular. 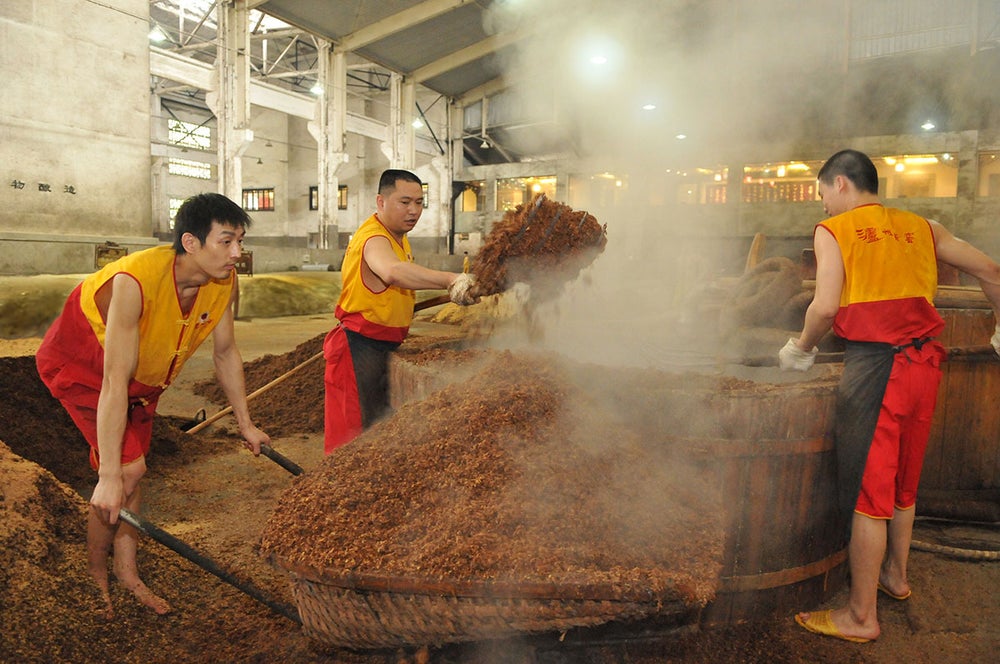 All of which makes the challenge facing Global Marketing Director Simon Dang, Educational Director Derek Sandhaus and CEO Bill Isler even greater. The colleagues started their endeavor in 2014 by opening Beijing's first baijiu-focused bar, Capital Spirits, inspired after Dang and Isler attended a discussion of Sandhaus's book, Baijiu: The Essential Guide to Chinese Spirits. Capital Spirits was an unexpected success; it attracted a throng of young Chinese and expats, two coveted demographics. Western media noticed, and China's largest baijiu distillers were not far behind.

How did the success of the Capital Spirits evolve into the Luzhou Laojiao distillery approaching your team for a partnership?

Dang: I guess the whole concept was kind of a genius marketing idea in itself. People had this preconceived idea about baijiu, so you can just imagine someone saying, "Hey, I went to this baijiu bar the other night." The other person goes, "No way. You're absolutely crazy." Then they come back and say, "Actually, it was pretty cool." Then word spreads. Also, during that time, Chinese President Xi Jingping was cracking down on corruption. Because it was often given as gifts to politicians, it was a crackdown on baijiu -- so the industry was not doing too well. Their main customer was usually the government. Now, Capital Spirits was reaching a demographic they had never really hit before: foreigners and younger Chinese. So it kind of snowballed.

Related: 9 Tips for Starting a Business in a Crowded Digital Marketplace

Describe the challenge of not only launching a spirit brand into America's crowded market, but specifically of launching an entirely new category.

Dang: There's definitely a huge challenge in launching a new liquor brand, because there are new liquor brands all the time. But it's not like we're launching another gin or whiskey; there's pros and cons to it, really. The pro is no one knows anything about baijiu really, so we can paint the canvas the way we want to. In the U.S. there are some negative myths about baijiu that are incorrect that we are dealing with right now. We had to spend a lot of time and money on education at the same time while trying to promote a brand. Those are some of the challenges we face. Part of our educational strategy is promoting DrinkBaijiu.com, which is a resource for everything baijiu.

Baijiu us best served with Sichuan food. Are you trying to find a way to make that happen in the U.S.?

Dang: We are working with Sichuan restaurants who want to offer an authentic experience. We're serving baijiu straight pours and carafes just like in China. We also want to show that our product has a very good potential in mixology at the bar. So, we're also working with bartenders all over the U.S. and Europe on making new unique crafted cocktails using Ming River. 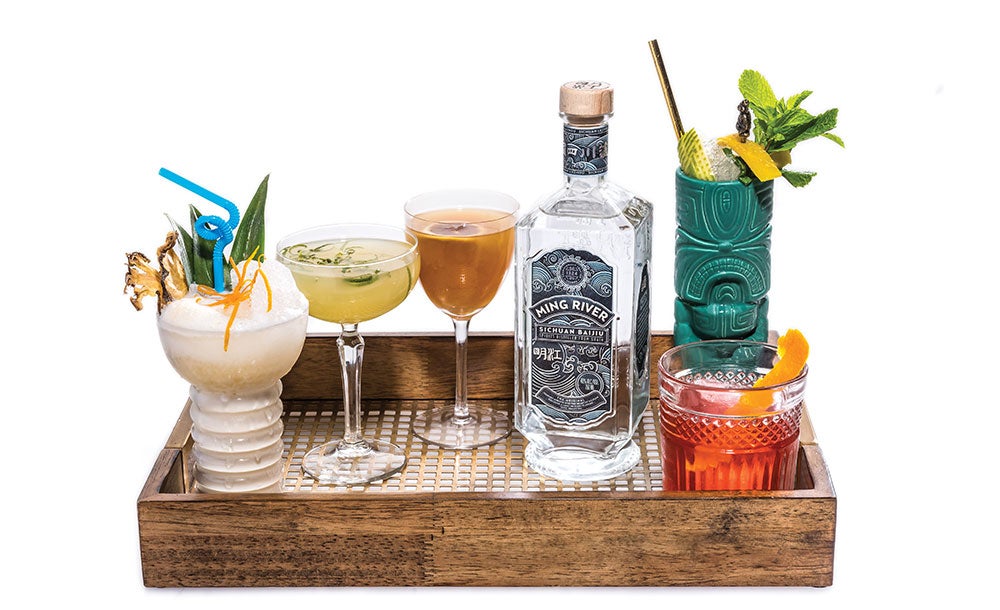 What's your schedule for rolling out Ming River?

Isler: We are committed to a narrowly focused rollout. Ming River and baijiu, in general, is not yet at the point where it sells itself, even in the most receptive/cosmopolitan markets in the U.S., and our team is still quite small. Since our sales force -- including we the founders -- have limited reach, and since we do not want Ming River to collect dust on distributor, retailer, or bar shelves, we are limiting our expansion to places where we can actively educate trade and consumers while also conducting our own sales efforts.

What demographic are you going after the hardest?

Dang: We're trying to figure out who our main audience is for baijiu. We have some assumptions, and we're trying to work off of that. But we're playing around with different demographics. Is it gonna be more female or male? Older or younger? Millennials? We're trying to target everyone in a way and then seeing what works best. So far, we're seeing pretty good adoption by the millennials, but we're going to try to go after other demographics as well.

Sandhaus: Because we are in such unchartered waters, we've made a lot of assumptions that were challenged immediately. We have to really pay attention to what people are telling us and adapt quickly, because we're trying to do something that essentially hasn't been done before. So, there's not a right answer to who the target market is for this product yet.

What are some assumptions that were flipped on their head early on?

Sandhaus: Because there is a very large Chinese-American population and baijiu is not incredibly popular in the U.S. market, we thought maybe that was a group that probably wasn't going to be terribly receptive to what we were selling. But what we found when we do public-facing events is a huge portion of our audience ends up being Chinese-American. And a lot of people view it as a product that kind of fits in with their lifestyles, and that allows them to connect more with a culture they might feel a little bit disconnected from. So, we've right away adapted and started doing a lot more Chinese American-focused events.