The White House is coming out with guns blazing today, saying the U.S. needs to pass immigration reform to drive entrepreneurship, create jobs and generate revenue.

According to a new report from the Obama Administration, immigration reform will result in more highly skilled workers moving to the U.S., more businesses being launched, revenue being generated and more jobs being created.

Related: Entrepreneurs, Politicians Join in a Virtual March on Washington for Immigration Reform

The report, titled The Economic Benefits of Fixing Our Broken Immigration System, has been released by President Obama's National Economic Council, Domestic Policy Council, Office of Management and Budget and the Council of Economic Advisers. It examines how the U.S. economy would be affected if the Senate-passed bipartisan immigration-reform bill became law. The Senate passed its version of immigration reform in late June. Immigration reform faces an uphill battle in the Republican-controlled House. 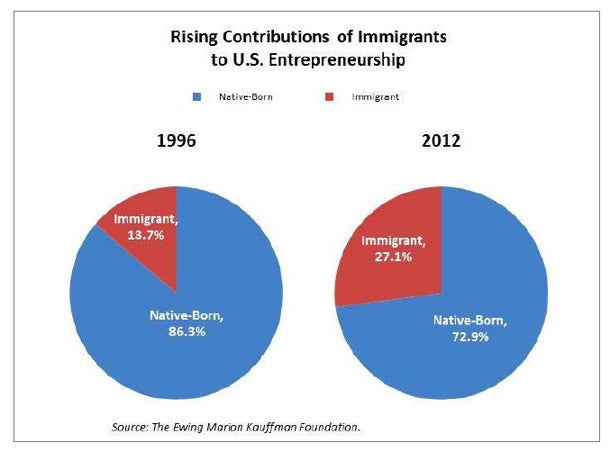 A primary focus of the White House report is how immigration reform would affect entrepreneurship. Here is a breakdown of what it says:

Related: What 'Gang of Eight' Immigration Reform Would Mean for Entrepreneurs

What Are the Most Important Priorities for a New SEO Campaign?