This Entrepreneur Stars in a Hit Network Series, but Her Favorite Role Is Helping Mothers 'Have It All'

You've seen June Diane Raphael in "Grace and Frankie," but did you know she founded the first workspace to offer child care?

By Kathleen Griffith
June 18, 2019
Opinions expressed by Entrepreneur contributors are their own.

June Diane Raphael is an actress, comedian, writer, producer and entrepreneur. Although probably best known for her current role on the hit Netflix original series Grace & Frankie, now in its fifth season, and, newly, as author of a forthcoming guide for women entering politics, Raphael has another, major addition to her multi-hyphenate career: co-founder of The Jane Club, the first co-working space for women that also provides professional child care.

The Jane Club, based in Los Angeles, helps women enterpreneurs who are also new moms navigate the highs and lows of business even as they can keep an eye on their babies sleeping or playing next door. The facility, affectionately dubbed "the mother of all workspaces," offers not only child care for kids aged 3 months and up, but services that new moms typically don't have time for -- from exercise classes and wellness exams to flu shots, even a mani-pedi service.

"Corporate America needs to start having that conversation, which is that women are having their babies later, and that's a trend I don't see changing any time soon," Raphael, who has two children of her own, says in the video. "We're having them at the exact same time when we're making the most we'll ever make in our professional lives." What's needed, she says, is support on both fronts -- motherhood and entrepreneurship; and that dual focus was the reason she embarked on this new and different co-working space. 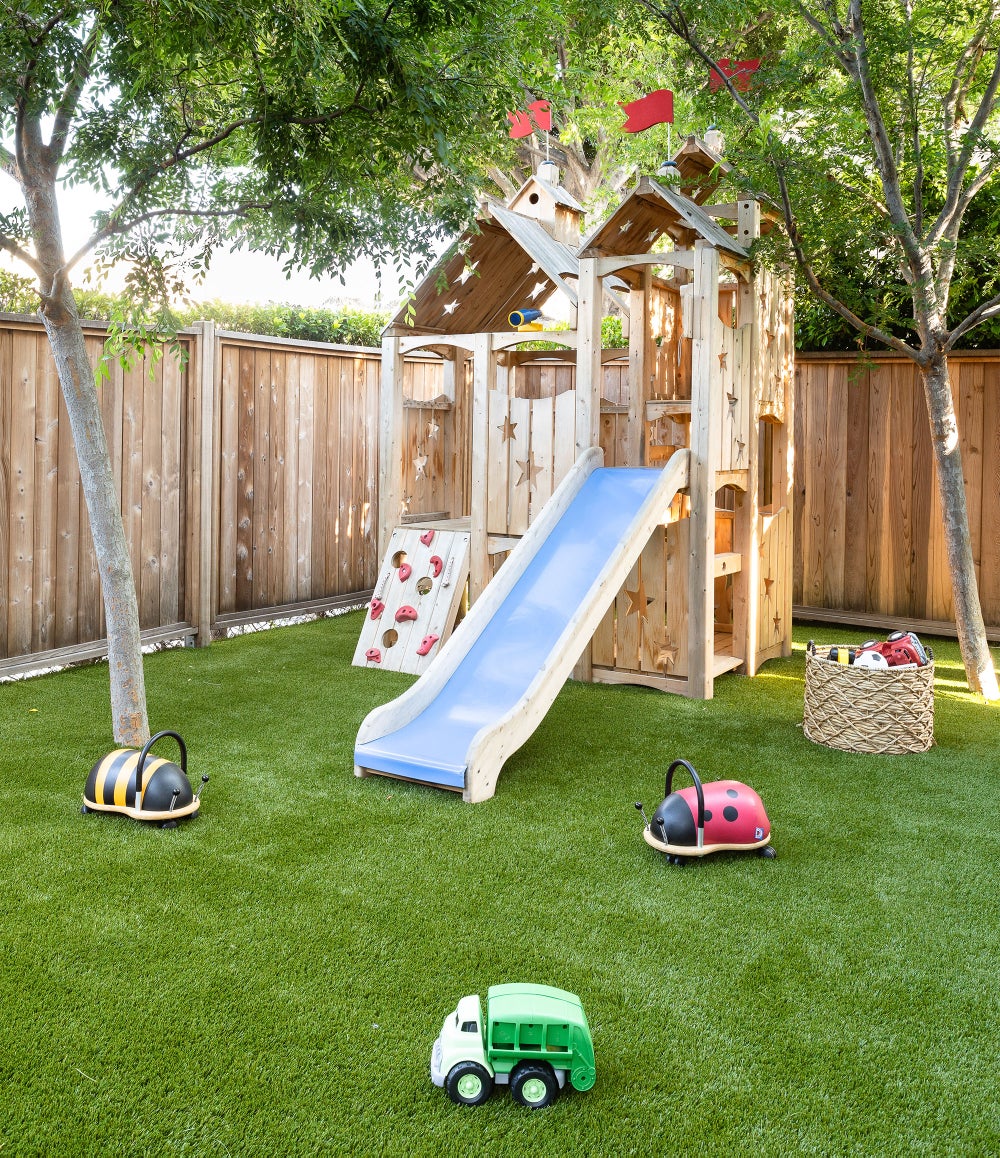 I sat down with Raphael to discuss the motherhood issue, plus the drive behind her multi-faceted career, which she attributes to her community and its support, and being in service to the women in her life. "This is the village's responsibility," she told me -- a sentiment she applies to helping other women, both personally and professionally.

We talked about the highs and lows of new motherhood, why it's crucial that we support women at this critical time in their lives and the importance of creativity and risk-taking. We also talked about how she continues to put herself out there, whether the venue is a Hollywood audition or an investment pitch for The Jane Club. "The goal is not [just] to do it right," Raphael says. "Because then I haven't done anything interesting."

Watch the video above, in which Raphael shows us all how to take on new challenges by leaning on -- and lifting up -- the women around us.

June Diane Raphael is an actress, comedian, writer and producer. Currently, she's co-starring in the fifth season of the Netflix series Grace and Frankie as Brianna, Jane Fonda's bold entrepreneurial daughter. She'll next be seen opposite Charlize Theron and Seth Rogen in Lionsgate's Long Shot. She's also co-authored (with Kate Black) Represent: The Woman's Guide to Running for Office and Changing the World, which will be released September 3, 2019.

Other notable achievements include the 2013 Sundance Film Ass Backwards, which she co-wrote and starred in with her creative partner, Casey Wilson. Raphael found her niche and love of comedy after college when she went to work for UCB, first in New York and later in Los Angeles. It was in New York where Raphael and Wilson wrote their two-women sketch.

She's guest-starred on Curb Your Enthusiasm, Lady Dynamite, New Girl, Flight of the Conchords, American Dad! and The Muppets.

Momofuku CEO Marguerite Zabar Mariscal on Rising To The Top

Are You a Social Media Addict? Here's 5 Unexpected Ways to Quit

Is social media the problem behind your lack of focus? Ben Angel discusses the effects of social media on the brain and our ability to focus.

Interview with World-Famous Chef and Philanthropist Robert Irvine of The Robert Irvine Brand Family about supporting others, embracing a military culture in business, and the essence of leadership.

How to Unlock Your Company's Value in the 'Circular Economy'

Michael Smith of Regeneration.VC shares how the circular economy works and why it's good for business and our planet.

Interview with famed pitmaster and food entrepreneur Rodney Scott of Rodney Scott's BBQ about every day being a good day, the truth behind "overnight" celebrity, and how cooking with soul is vital to sustained success.

3 Easy Ways To Be More Motivated

Want to tackle your to-do list in just two weeks? In this video, Ben Angel tells you how.

The Founder of Mindvalley Wants to Transform and Reinvent Education. Here's Why.

The founder of Mindvalley shares why he started his platform and discusses his new book, "The 6 Phase Meditation Method."

This Teacher-Turned-Entrepreneur Started Tutoring Kids in Parks and Churches. Today, She Runs an Education Company with Nearly One Million Followers

The CEO and founder of Big City Readers talk about why she's on a mission to make reading fun for kids and their parents. Plus, what to do if you're afraid to take a leap in your career.

Interview with Brewpoint Coffee CEO and Founder Melissa Villanueva about balancing community and larger ambitions, creating opportunities for people of color, and equity and inclusion in business.

4 Easy Ways to Make More Money By Training Your Brain

Mental rehearsal is a powerful psychological technique that's used by athletes, billionaires, and entrepreneurs to achieve their goals.

Media trainer Jessica Abo reveals her go-to production tips so you can feel more confident for your next on-air appearance, pitch, or presentation.

Here are six steps you can take to amplify your energy and grow your income.

The Founder and CEO of Scout's Agency shares why a "podcast tour" is the new PR strategy for thought-leaders.