U.S. Is No. 1 for Women Entrepreneurs, But There's Still Room for Improvement

By Jason Fell
June 30, 2015
Opinions expressed by Entrepreneur contributors are their own.

BERLIN -- It's something we've all known to be true, but today we have some hard numbers to prove it. Here at the Dell Women's Entrepreneur Network Summit, tech giant Dell has announced the results of the first-ever Global Women Entrepreneur Leaders Scorecard. The results aren't pretty.

The results show that gender-based differences "stifle the growth of women-owned businesses" in all of those countries. The majority of the 31 countries in the study score below 50 percent. This, Dell says, demonstrates a significant growth gap between female- and male-owned businesses.

Related: Are Men Better Entrepreneurs Than Women? That's the Perception.

"The success of entrepreneurs and small businesses is critical for a thriving global economy, and at Dell we believe women entrepreneurs must play a much more prominent role in business and leadership in the future," said Karen Quintos, senior vice president and chief marketing officer at Dell.

While the U.S. ranks No. 1 on the list as the best place for women entrepreneurs due to its overall favorable business environment and women's job mobility in the private sector, it scored a 71 on a 100-point scale. In other words, there's still a lot of room for improvement.

Among its many recommendations, Dell says that women need more equitable access to resources such as education, Internet, financing and training; more women should hold leadership at businesses large and small; and that governments should play a more important role, awarding more public-procurement contracts to women-owned businesses.

As part of the announcement, Dell says it is partnering with the Cherie Blair Foundation to match emerging female entrepreneurs in developing economies with mentors from Dell's own business network. Research for the Global Women Entrepreneur Leaders Scorecard was conducted by George Mason University in Washington, D.C. Dell says the data used was sourced from the Global Entrepreneurship Monitor, World Economic Forum, World Bank, UNESCO and others.

In a separate initiative, Dell last month announced the Global Entrepreneurship Call to Action which aims to get at least 100,000 signatures from entrepreneurs and other business leaders to support the passage of UN Sustainable Development Goal 8. This particular goal promotes "sustained, inclusive and sustainable economic growth, full and productive employment and decent work for all," according to the UN. 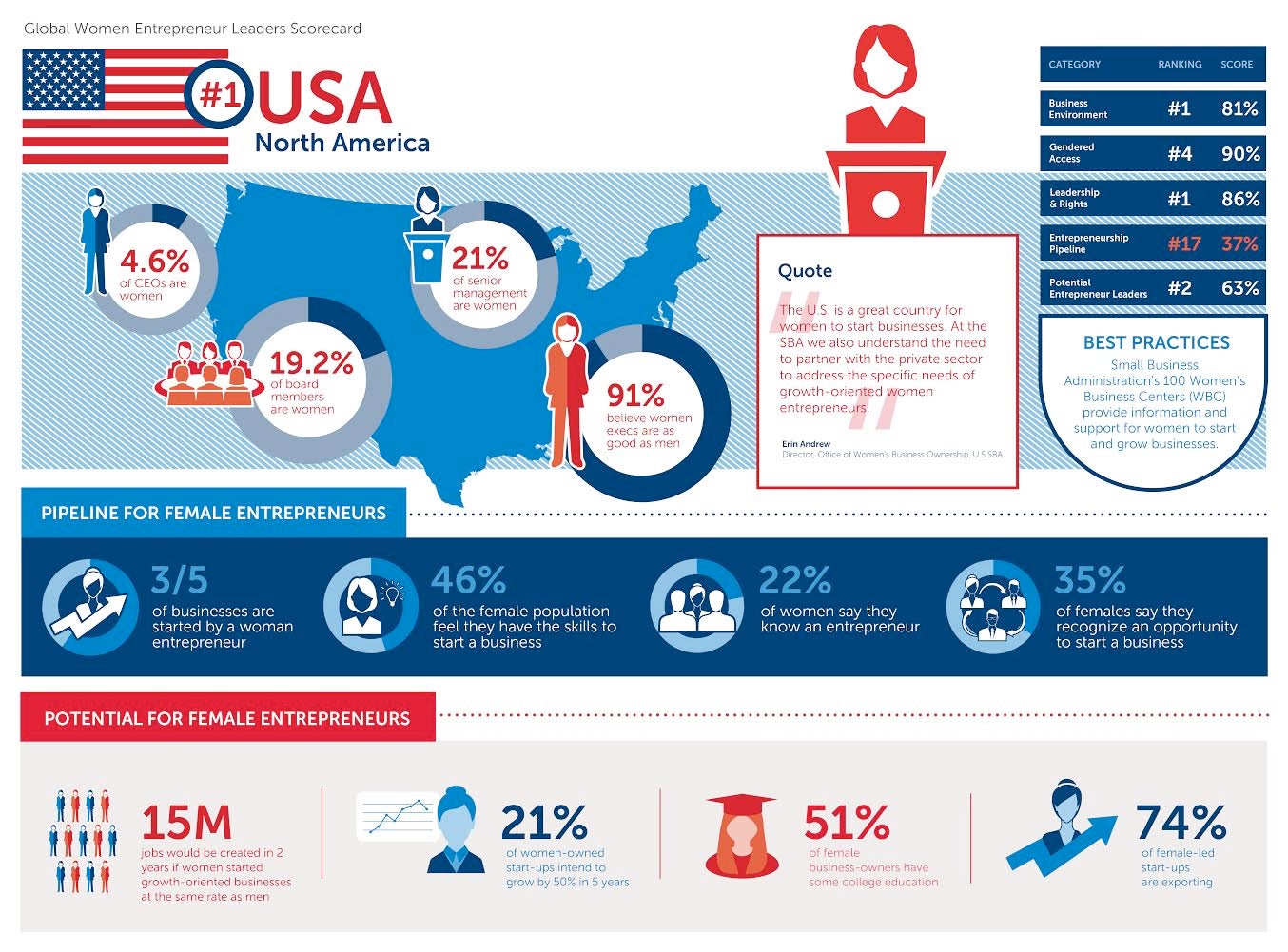