From Hotels to Airports: Our 2015 Business Travel Award Winners

By Elaine Glusac
April 24, 2015
This story appears in the May 2015 issue of Entrepreneur. Subscribe »

From yoga at the airport to flexible check-out times at hotels, the world of business travel suddenly seems friendlier. Glitches are givens for constant travelers (hello, weather delay) but technology is helping today's traveling 'treps vault hurdles like being stranded without an office or convenient parking.

Here we salute the innovations that are making business travel more interesting, comfortable and—dare we say?—inspiring. 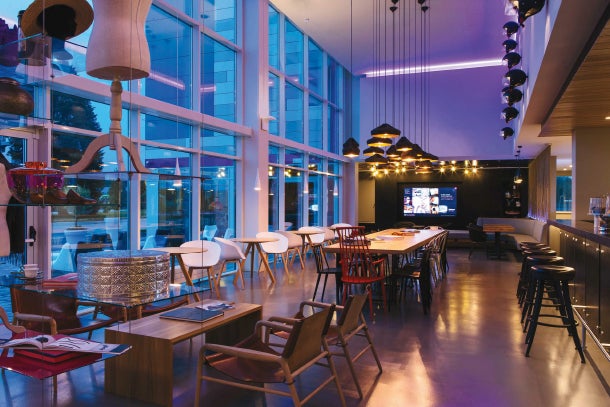 Say goodbye to room service, bellmen and sit-down restaurants. An entire new category of hotels has emerged in the past year. These properties excise empty amenities—did you really need that BLT delivered at midnight?—in favor of affordable rates in nonetheless stylish surroundings. Sometimes called "lifestyle brands," they aim to appeal to Millennials and others who value thrift, creativity and community.

Among them are newcomers from some of the world's biggest hotel companies—Marriott's Moxy, which debuted last fall in Milan; Hyatt's Centric, which opened in April; and Hilton's Canopy, set to launch later this year—as well as smaller chains such as citizenM. Collectively, they share a design philosophy that emphasizes co-working spaces in large lobbies with flexible arrangements and lots of electrical outlets, plus cafes that sell just the right stimulants and depressants when you need them: coffee early on; beer and wine later. They get rid of the things that drive hotel prices up—including, sometimes, front-desk clerks, in favor of automated check-in—and provide a high return in style for a relatively painless investment.

"We took things out that weren't important," says Robin Chadha, chief marketing officer of citizenM, which offers rooms in New York starting at $199. "We want to provide affordable luxury for the more cost-conscious young Millennial traveler in the big cities of the world but still offer lifestyle and experience." 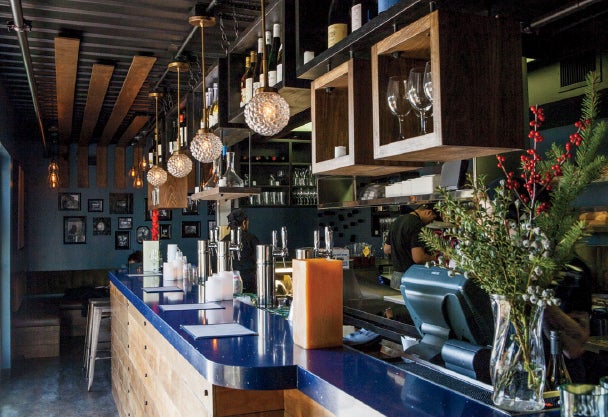 Next to the high rollers, bachelor parties and marquee boxing matches, Las Vegas traffic is driven by business travel. While the convention center's proximity to the Strip, with its overwhelming number of hotel rooms, ensures that most travelers stick to the beaten path, a newer, younger, more entrepreneurial Vegas has sprung up in the old, original downtown.

Through the Downtown Project, Zappos founder and CEO Tony Hsieh sunk $350 million of his own money to remake the scruffy center of Las Vegas into a vital community that would attract and retain talented employees. Since buying the former City Hall and converting it to Zappos headquarters in 2013, he has helped fund parks, schools, healthcare clinics and a slew of small businesses, including design incubators and restaurants. 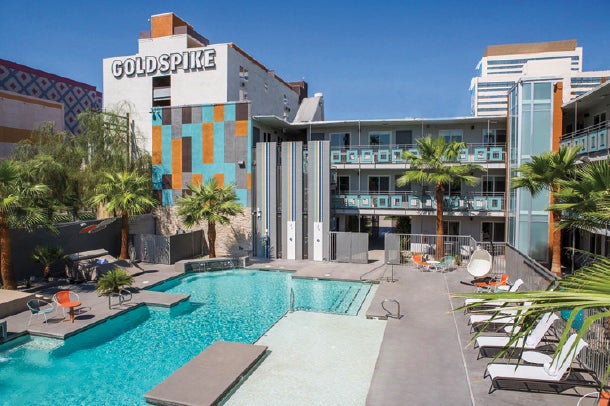 Here, just off the neon casino canyon of Fremont Street, entrepreneurship is in the air. Hotels are a bargain—rates at the new Downtown Grand start at $89—free Wi-Fi access is common, and unique meeting venues, such as the new 200-seat Inspire Theater, abound.

"There's a general sense of entrepreneurial go-get-'em, Wild West attitude," says Jennifer Cornthwaite, who with husband Michael Cornthwaite operates the Inspire and restaurants downtown. "You realize that people live in Vegas, care about it and are determined to make downtown vibrant, forward-thinking and independent."

Most Inspiring Story for Entrepreneurs 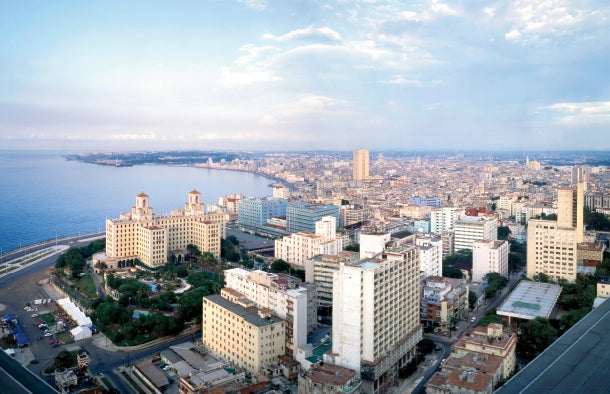 While political factions debate the resumption of diplomatic ties between the U.S. and Cuba, at least one community seems uniformly excited: the business world. Sectors from tourism to banking see a market ripe for investment just 90 miles from Florida.

Tourism still isn't among the U.S. government's 12 acceptable reasons for visiting the island, which include educational activities and family visits, but licenses to get there are easier to come by. Tour companies can offer more trips that adhere to the authorized categories, and search engine Kayak is now listing trips. That has made life easier for American business owners like Greg Geronemus, co-CEO of New York-based smarTours, who at press time was planning to begin leading trips to Cuba in April.

Most agree that true investment may be years away. Jim Angleton, president of Aegis FinServ Corp., which has been issuing prepaid debit cards in Cuba for three years, expects it will be some time before a working U.S. embassy is in place to issue visas.

"With Cuba you must understand that they do not have a reliable constitution, their court of law is virtually nonexistent, and their banking is a shambles," he points out, adding that he expects initial investment to be in the realms of food, medicine, building materials and auto parts. Meanwhile, the South Florida chapter of the nonprofit Entrepreneurs' Organization has formed a committee comprising business owners in construction, manufacturing, art, travel and financial services to study what it takes to get involved there right now.

Still, investors remain watchful. The Boyd Company, which counsels businesses on facilities locations, predicts that Tampa, Fla., will be a major staging ground for companies establishing ties to Cuba before taking the risk of moving people and capital there.

Notes John Boyd Jr., principal of the Princeton, N.J.-based company: "Tampa and its Cuban community and town fathers have historically had a less contentious relationship and attitude toward Cuba than Miami or South Florida." 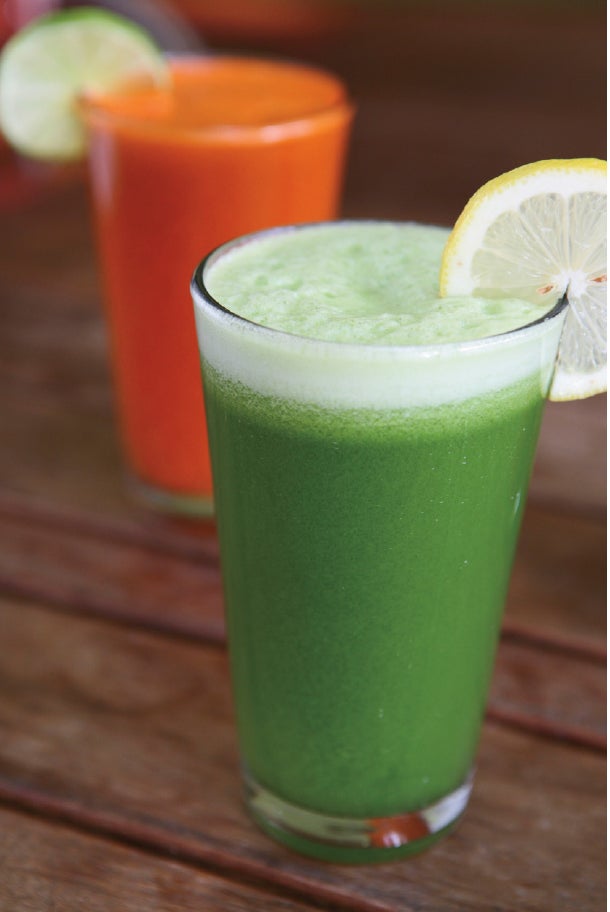 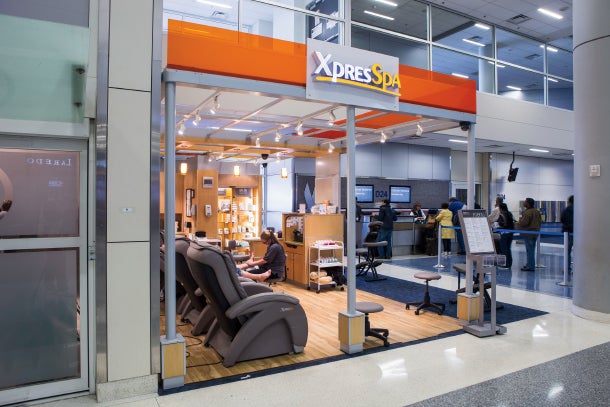 There are still long lines for McDonald's at airports across the U.S., but the most progressive airport managers are filling their terminals with more enlightened food and wellness options. LAX hosts a branch of the cult vegan and vegetarian restaurant Real Food Daily. SFO provides a meditation and yoga room. Delta's LaGuardia terminal has a new Warren Tricomi hair salon providing blowouts, trims and scalp massages. And trendsetter Dallas-Fort Worth, which mandates that every restaurant serve a healthy dish, has a mile-long marked walking trail, a day spa and short-term rental suites with daybeds for napping and showers for refreshing. 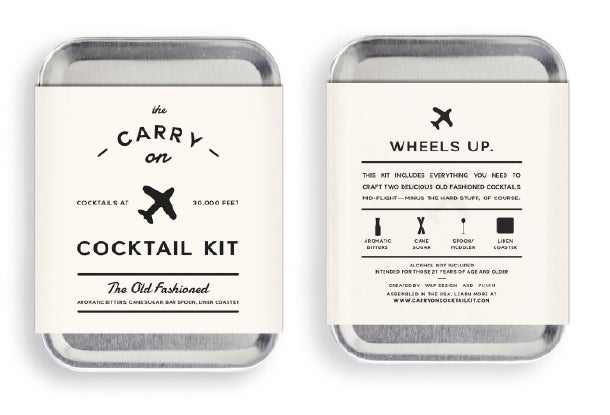 Splurge on this $24 kit from the minibar at the Thompson Hotel's Gild Hall in New York before check-out. It packs everything you need to make a proper Manhattan at 30,000 feet—except the booze. Buy that from the airline, and fly happy. 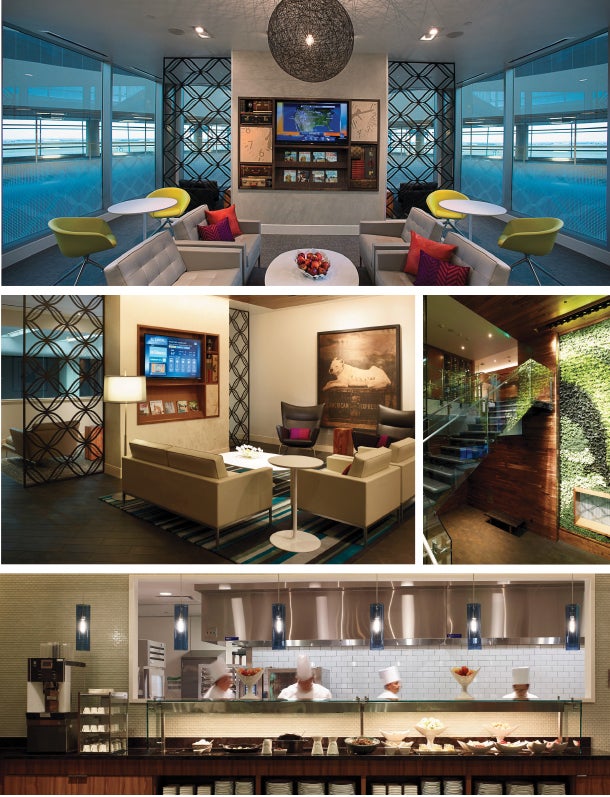 Part of the airlines' strategy in competing for the most lucrative customers involves pampering them not just in the sky but on the ground. Delta's recently opened club at JFK in New York features an outdoor rooftop lounge designed in partnership with Architectural Digest, and Qantas at LAX incorporates a glass atrium, a fireplace and a menu designed by Aussie celebrity chef Neil Perry.

But top honors go to American Express' Centurion Lounge. Debuting this month in Miami, and also available in Las Vegas, Dallas, San Francisco and New York's LaGuardia, Centurion opens its doors to Platinum Card holders ($50 for other AmEx members) who can take advantage of semiprivate nooks, a media room, a computer bar (in case you left the laptop
at home) and AmEx travel agents. Food and drink are complimentary, and each lounge boasts a menu by a well-known chef (Scott Conant in Las Vegas, for example). Some amenities vary by location; for example, the Dallas lounge offers a shower suite and spa services, and both the San Francisco and Las Vegas locations feature a family room. 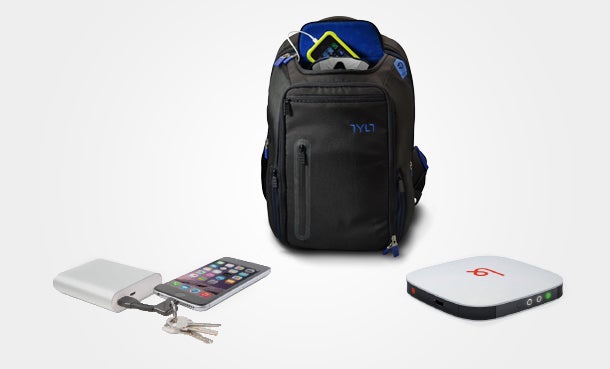 A grab bag of goodies

1. A clever multitasker, the two-in-one NomadKey is a keychain that doubles as a Micro USB or Apple Lightning cable for charging Androids or iPhones, respectively. $19.95 to $24.95; hellonomad.com.

2. Don't worry about where your next charge is coming from. Power up Tylt's Energi+ Backpack, equipped with a rechargeable lithium battery, and you'll get four full recharges of your smartphone, as well as a portable briefcase with 13 interior pockets. $169.99; tylt.com.

3. Tack a day at the beach onto your next work trip, toting the soft, lightweight and packable Findikli towel made of Turkish Peshtemal cotton. $20 to $38; findiklidesign.com.

4. Forget data contracts. The Karma Go pocket-portable device delivers pay-as-you-go Wi-Fi access that streams 4G data for up to five hours before the battery dies. Leave your signal open for others, and the company pays you back with free data. $149, data from $14 per GB; yourkarma.com.

5. A next-generation walkie-talkie, goTenna allows two users to connect in the absence of Wi-Fi or cell service. Striking a deal off-grid? Take the 2-ounce device, which uses radio waves to communicate via text with another goTenna up to 50 miles away. $149.99 for two devices; gotenna.com.

Technology is making small worlds smaller, harnessing data to take social introductions beyond the digital realm and into real life. Assembly Networking (assembly-app.com) lets users who have just landed in, say, Seattle know if former colleagues or college buddies are in the area, too. Similarly, Tripstir (tripstir.com) shares your trip with your network, revealing overlapping itineraries for meetups for work or play. Unplanned reunion? Use the new Resy app (resy.com) to book hot tables in prime-time hours in New York, L.A., Miami and, soon, Washington, D.C. 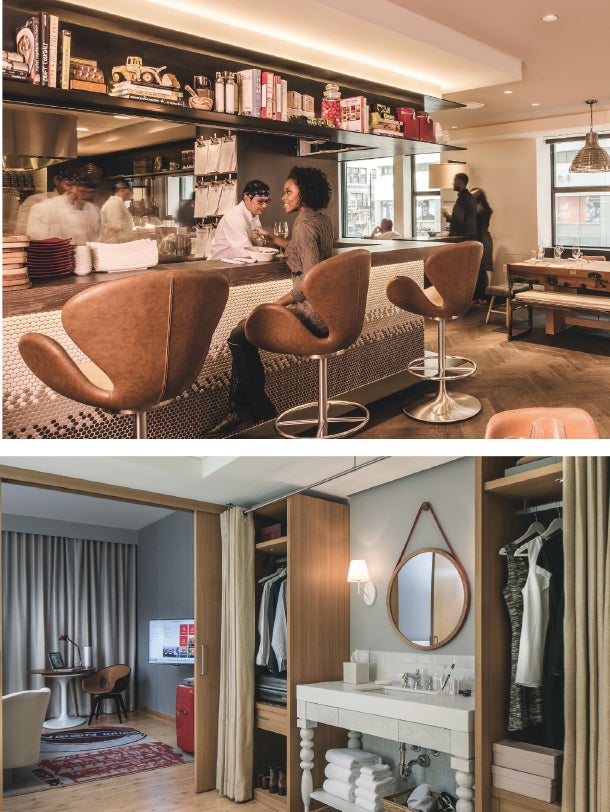 The first installment in Sir Richard Branson's chain-in-the-making, the Virgin Hotel Chicago opened early this year with business-traveler-friendly policies such as flexible check-in/check-out, reasonably priced minibars and free social-hour drinks for guests. "We believe that certain hotel amenities and offerings should be a right, not a revenue stream," Branson explains.

Guest rooms have a patent-pending bed with an ergonomic sofa-like headboard designed for sitting up with your laptop. (In a nod to traditionalists, there's a worktable as well.)

Motoring 'Treps swear by this parking app. "SpotHero makes finding a garage super simple, and whether I'm looking for something close to my destination or trying to find the best price, it gives me a ton of options and saves me time, money and headaches," says Joel Runyon, founder of Impossible Ventures, an online marketing consultancy based in Chicago.