People used to frown on hopping from job to job. If you were a career nomad, hiring managers were liable to dismiss you as damaged goods. Maybe you didn't play well with others or you slacked off on your duties. Perhaps you just couldn't hold down a job.

Today that logic is as outdated as not being a job gypsy. If you haven't noticed while cruising LinkedIn for your next opportunity, switching jobs every few years is the new norm nowadays. And a recent employment survey recently conducted by Accountemps only affirms the growing career chameleon trend.

The Menlo Park, Calif.-based global temp staffing firm found that 57 percent of millennial workers (people between the ages of 18 and 34) think changing jobs often is good for your career.

Related: Why I Left the 'Coolest Job in America' for a Startup

Meanwhile, the older workers Accountemps polled aren't clinging to old beliefs on long-term employer loyalty as much as you'd expect. Still, they don't seem eager to throw their arms around job-leapfrogging either, with only 38 percent of professionals between the ages of 35 and 54 surveyed viewing frequently changing jobs as beneficial. The older the respondents were, the less likely they were to share millennials' enthusiasm.

For more statistics on where people stand on the job-hopping trend, take a look at Accountemps' infographic survey companion below, you know, when you're not too busy scoping out your next gig: 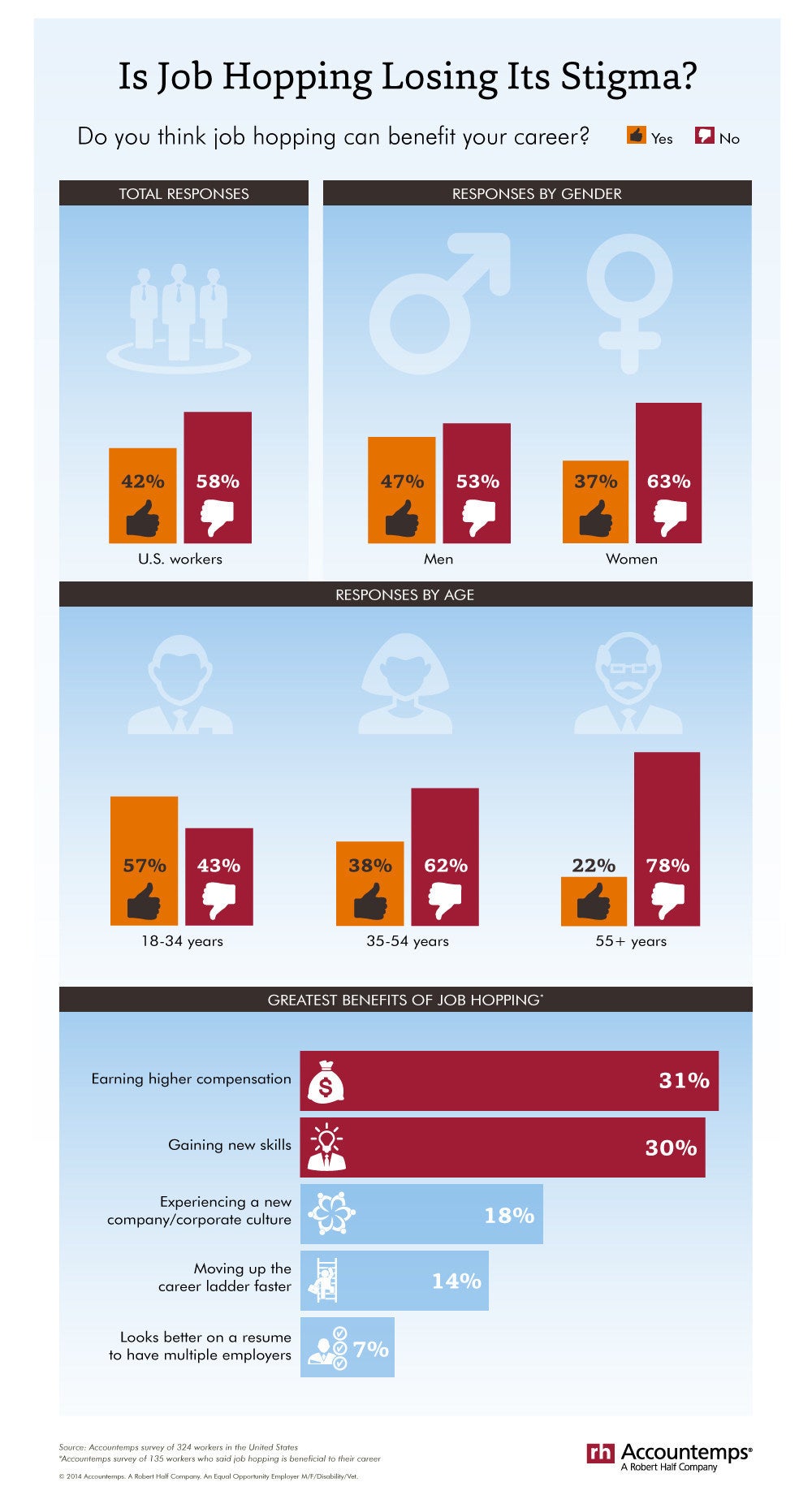 Related: 10 Reasons You Have to Quit Your Job