Between 2015 and 2016, two million people made the jump to freelancing.

Freelancing is no longer a necessity, but increasingly a preferred choice, according to a new survey. And this growing segment of the working population -- 35 percent of today's U.S. workforce that earned an estimated $1 trillion this past year -- just may make up a new voting bloc.

Sixty-three percent of surveyed workers said that they freelance by choice, according to "Freelancing in America: 2016," a report by Upwork and the Freelancers Union. Freedom and flexibility are what motivates most Americans to freelance. Between 2015 and 2016, two million people made the jump to freelancing, and there are 55 million freelancers in the U.S. today. So where does the independent workforce stand politically? 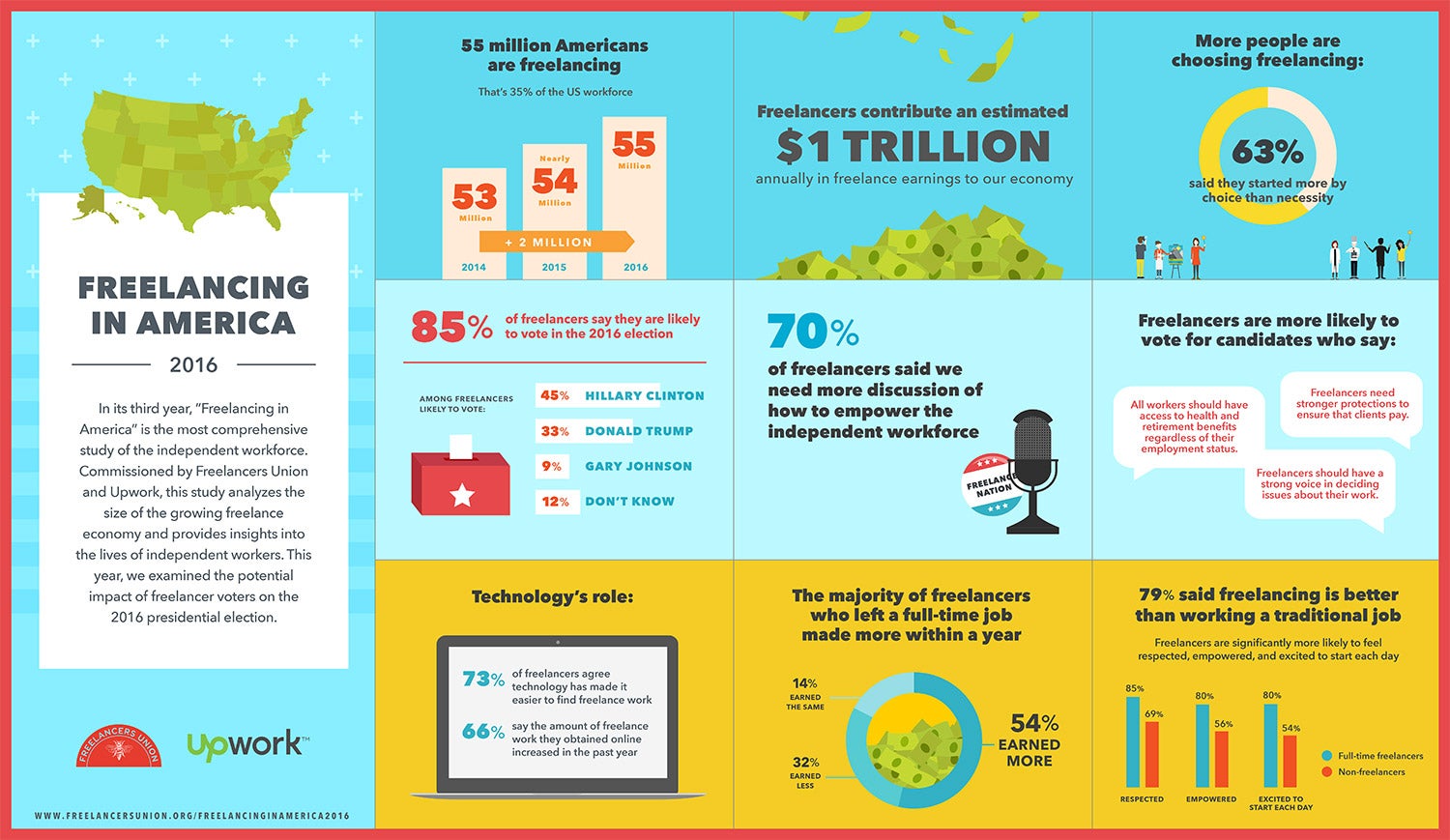 In the survey of more than 2,000 freelancers, 85 percent said they are likely to vote in the upcoming general election. If you extrapolate this sample to the total population, that means approximately 47 million freelancers will vote in the general election. These voters sway blue, with 45 percent of those surveyed saying they will likely vote for Democratic nominee Hillary Clinton, 33 percent for Republican nominee Donald Trump and 9 percent for Libertarian candidate Gary Johnson. Thirteen percent remain undecided.

How can these candidates gain the votes of freelancers? Simple: If they would support the interests of independent workers, 68 percent of freelancers would be more likely to vote for them. Forget about issues of international affairs or immigration -- these voters want support for their work. Around one-third of freelancers admitted they'd be more likely to vote for candidates who say they support them having "a strong voice in deciding issues about their work" or "having access to health and retirement benefits regardless of their employment status."

Seventy percent of surveyed freelancers say the country needs to further discuss how to empower the independent workforce -- which has increased by 7 percent since 2015. "Freelancers want to know America is supporting them," said Upwork CEO Stephane Kasriel in a press release. "We should be addressing their interests or America will fall behind countries that are better equipping their evolving workforce."