Welcome to the Neighborhood

By Jason Meyers
June 16, 2009
This story appears in the July 2009 issue of Entrepreneur. Subscribe » 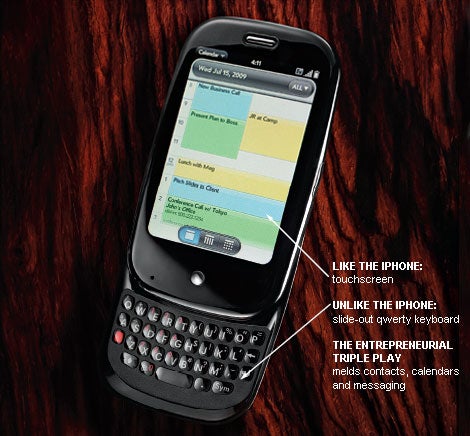 Ever since Apple first released its now iconic iPhone in the summer of 2007, the purported "iPhone killers" haven't measured up for entrepreneurial types who prefer to buy their mobile real estate in Apple's edgier neighborhood. Palm's new Pre aims to change that. Tech blog Gizmodo called it "the most important handset to be announced in two years," while Playboy deemed it "lust-worthy."

It's likely that die-hard Palm aficionados will quietly worship its security features and ability to sync with Exchange and open PowerPoint attachments. But in the company of their hipper, iPhone-toting friends, they'll brag about the Pre's slick, compact design and demonstrate how they can jump between functions. The Pre not only plants the Palm in Apple's neighborhood--it busts through Steve Jobs's front door and makes itself at home.