While San Jose and Boston are well-known startup hubs, a few southern and midwestern cities made their way onto this year's list.
Next Article

After a slump amid the Great Recession, more and more startups are emerging and entrepreneurship has been on the rise since 2011. From creating jobs to boosting the economy, with this rise comes a number of benefits. People often associate entrepreneurs and startups with Silicon Valley, if not New York City or Boston, because a disproportionate share of venture capital investments flow to startups based in those cities. However, other metropolitan areas have been experiencing some under-the-radar growth.

Related: Emerging Markets Have a Lot to Teach Us About Entrepreneurship

Over the past year, 26 metropolitan areas across the country experienced a boost in growing startups, and the areas that saw the most substantial growth were Atlanta, Indianapolis and Portland, according to the Kauffman Foundation's recently released its 2017 Index of Growth Entrepreneurship. The findings reveal not only how entrepreneurship is growing across the U.S., but where.

To rank the cities, the researchers took three factors into account: startup growth rate, share of scaleups and high-growth company density. Both startup growth rate and share of scaleups are employment-based measurements, and share of scaleups refers to companies that grew to 50 employees or more in less than 10 years of operation. High-growth company density, which is the only revenue-based measure of the study, looks at the proportion of "high-growth" companies -- private companies that have at least $2 million in revenue and a minimum 20 percent growth over a three-year period -- in a certain area.

So, wonder which cities have been bustling in the startup scene? Look no further. Here are the top 10 cities with the most entrepreneurial activity, according to this year's Kauffman Index of Growth Entrepreneurship. 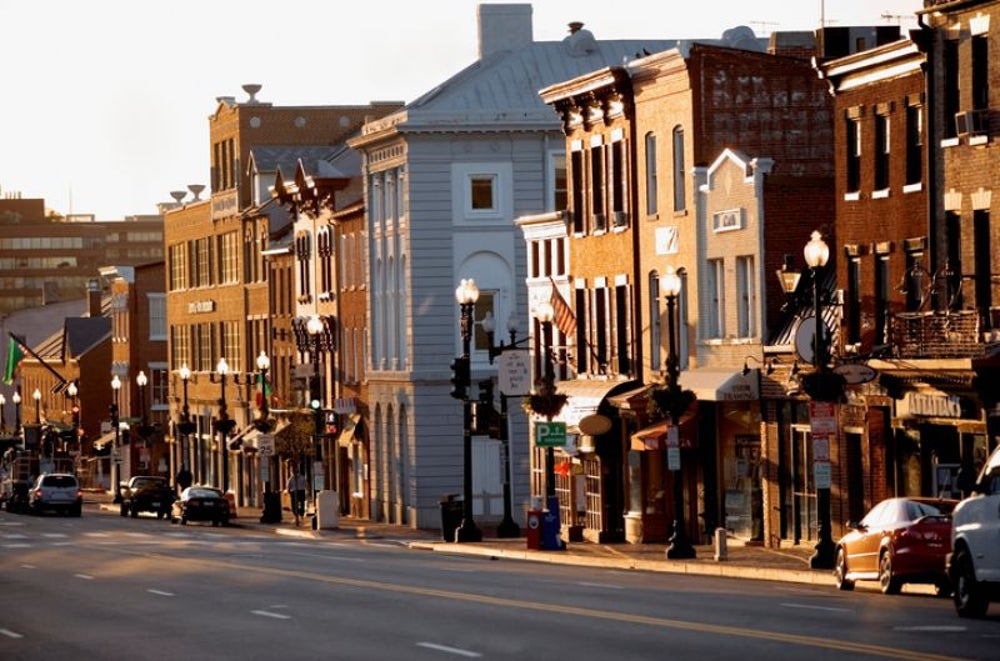 Image credit: Glowimages | Getty Images
Washington, D.C., has the best cumulative score across startup growth rate, share of scaleups and high-growth company density. Compared to the other 39 largest U.S. cities, the D.C. area has the highest density of high-growth companies. In other words, it's the area with the largest proportion of businesses that earn more than $2 million in annual revenue and have seen 20 percent revenue growth over the past three years. In a recent survey of startups in D.C., 217 respondents said they planned to hire more than 1,000 people collectively in 2017. 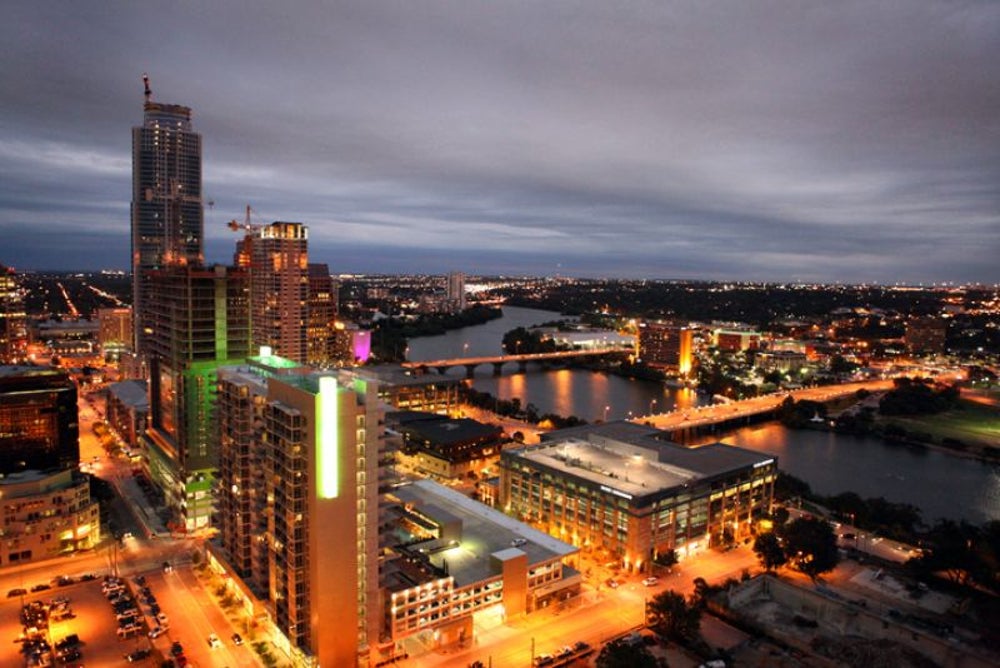 Image credit: Holly Wilmeth | Getty Images
Coming in second is the southern city of Austin. However, this is not very surprising, because Austin is recognized for being an entrepreneurial hub and also came in second place in last year's Kauffman Index. The number of employees at an Austin company grows an average of 85 percent in the company's first five years of operation. Austin also has the second-highest density of high-growth companies. 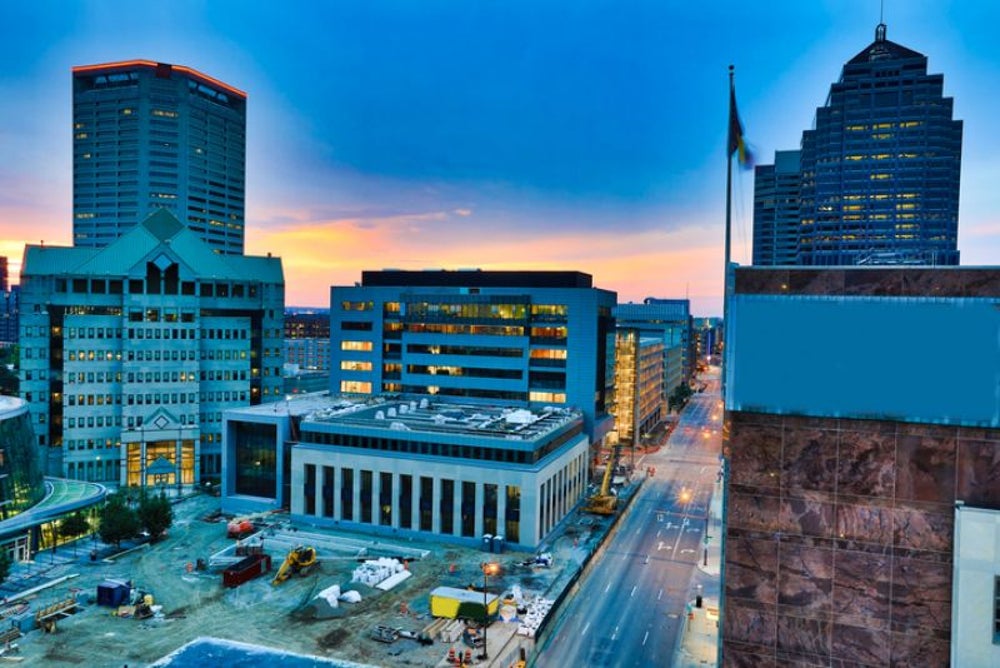 Moving up a slot from last year, Columbus, Ohio, takes the bronze for the most entrepreneurial activity, according to the index. That's largely because startups grow an average of 96 percent in their first five years, in terms of employment. While it's not a usual suspect when it comes to the startup scene, Columbus has the highest share of scaleups of any city, at 2.5 percent. That means that around 25 out of every 1,000 Columbus firms founded in the past 10 years have scaled to at least 50 or more employees since they launched.

Related: Entrepreneurship and Millennials Are Thriving in Emerging Markets 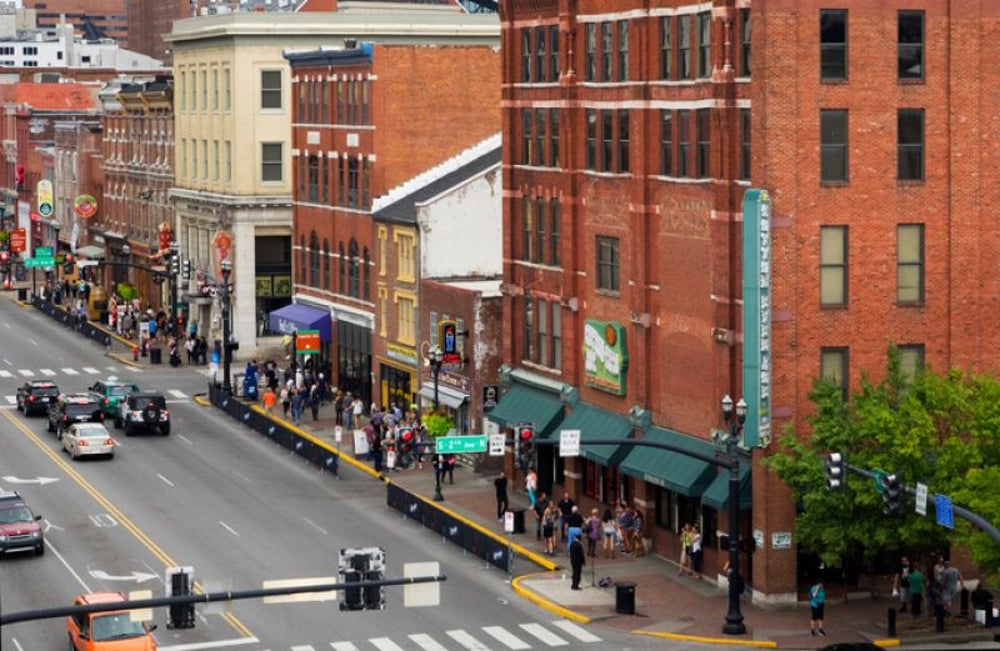 Image credit: Danita Delimont | Getty Images
Music isn't the only thing Nashville should be famous for. Turns out, it's also a bustling startup city. Moving up a rank since last year, the southern city has a 95.6 percent startup growth rate: The number of employees at a Nashville company grows an average of 95.6 percent in the company's first five years. That's on top of a 2.09 percent share of scaleups, meaning about 209 of every 10,000 businesses in this area grows to 50 employees within its first decade. 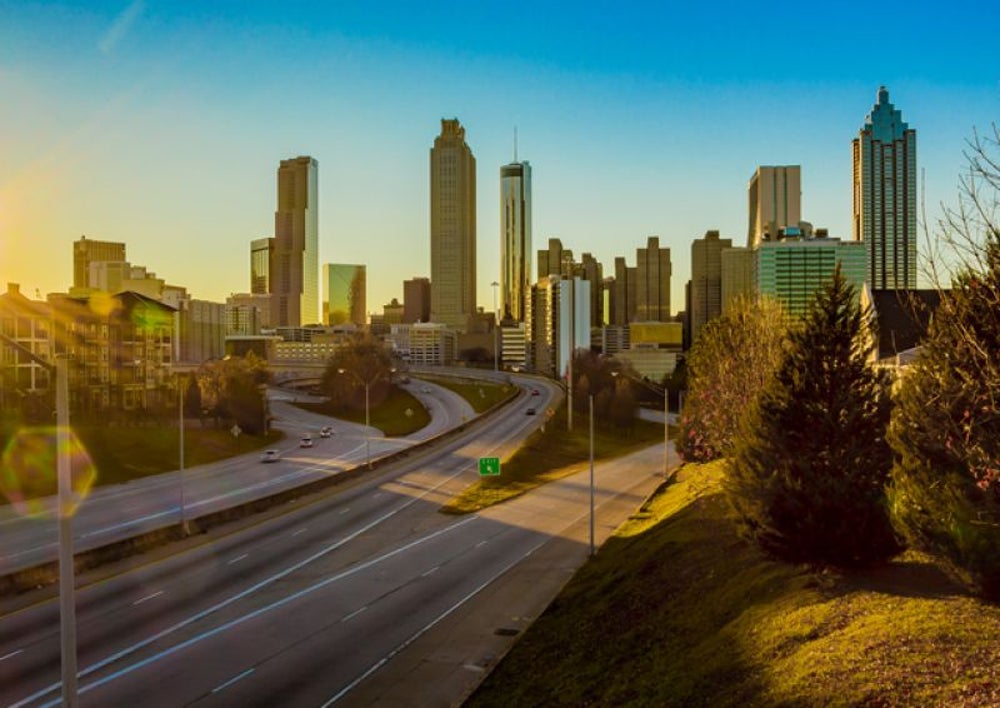 Image credit: red7255 | Getty Images
Yet another southern city to make it into the index's top 10 is Atlanta. In fact, just in the past year, Atlanta has seen major entrepreneurial action, moving up a whopping 10 slots from 2016, when it ranked 15th. That's because employment at Atlanta new companies grows by an average of 112.6 percent in their first five years. The city also has a fairly large high-growth company density at 191.4 -- that's the number of companies out of 100,000 with annual revenues more than $2 million (and growing by 20 percent over a three-year period). 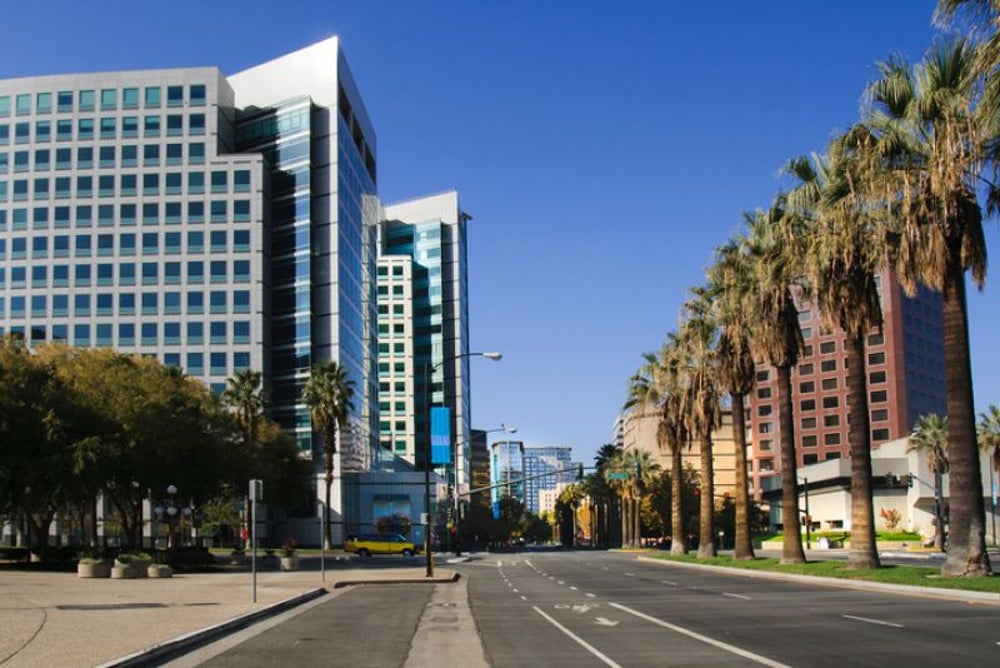 Image credit: Geri Lavrov | Getty Images
Not a shocker, but important to note: San Jose is number six on this year's list of the top 10 cities, moving down three slots since last year. While there's still plenty going on in this area in terms of startups and venture capital investment, the city may have seen a drop because of a relatively low high-growth company density of 94.4 (out of 100,000). Its proportion of fast-growing companies with annual revenues of at least $2 million was lower than many other cities on the list. 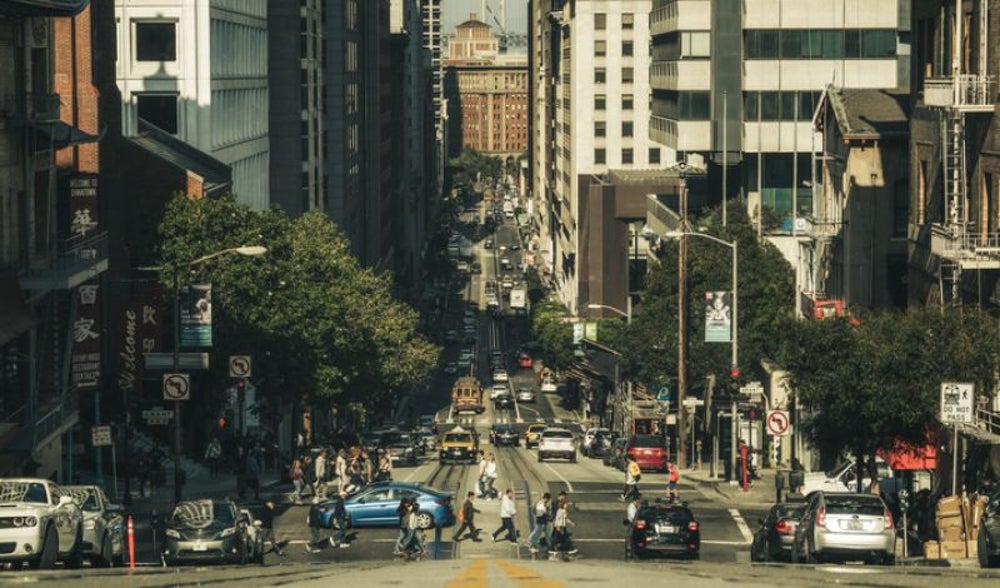 Image credit: Reinier Snijders/EyeEm | Getty Images
Another not-so-shocking Bay Area addition to the list is San Francisco. This metropolitan area (which includes Oakland and Fremont, Calif.) saw the largest proportion of venture capital-backed business exits over the past year compared to other major cities, meaning there are a large number of what Kauffman identifies as "growth companies" in San Francisco and the East Bay. According to the study, venture exits include IPOs, acquisitions and buyouts. Meanwhile, the area has the fourth-highest rate of startup growth, with an average employment growth rate of 106.9 percent within a startup's first five years. 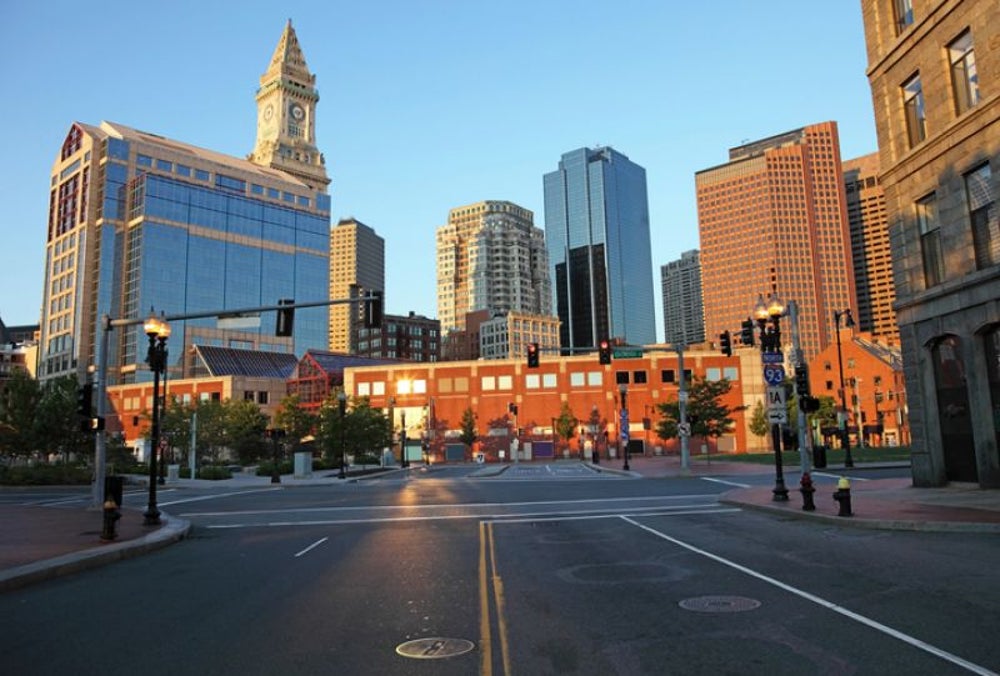 Basically the Silicon Valley of the East Coast, Boston has also long been recognized as a very entrepreneurial city. That's why it's no surprise that it made the cut for this year's top 10. Although it's moved down two spots since 2016, Boston ranks fourth in terms of cities with the highest density of venture capital-backed business exits. Major companies that got their start in the city of Boston include Liberty Mutual, Marshalls, Samuel Adams and Timberland, to name a few. 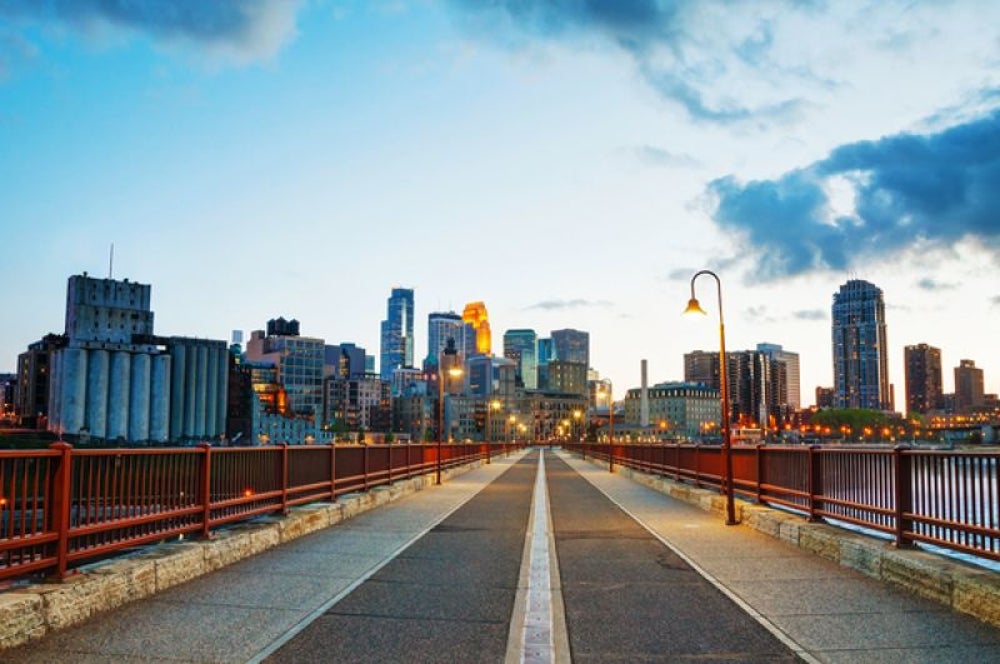 Image credit: AndreyKrav | Getty Images
Shuffling from 16th place last year to ninth place this year, Minneapolis has the highest rate of startup growth of any major U.S. city, with an average employment growth rate of 121.3 percent within a startup's first five years. The city is also home to the University of Minnesota, whose venture program has helped launched more than 100 companies in the past decade (82 percent of which are still in business), and last year alone helped give life to 17 new businesses. 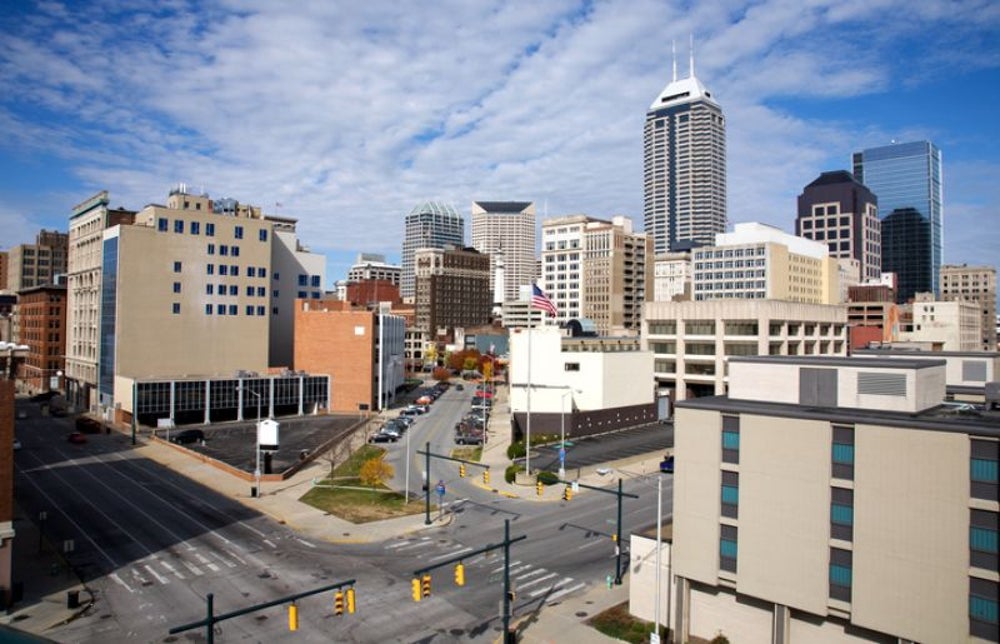 Image credit: toddtaulman | Getty Images
Also seeing a big improvement since 2016, Indianapolis moved up 10 places from 20th to 10th on the Kauffman list over the past year. Especially when it comes to tech, Indiana is seeing some major activity. According to a recent report by PwC, in 2016 alone, the state saw a total of 23 deals with a combined total of $51.5 million in fundraising just by new technology companies. When you extend beyond just tech, these numbers are even larger. Plus, according to Kauffman, about 220 of every 10,000 businesses in Indianapolis grows to 50 employees within its first decade.
More from Entrepreneur

9 Key Lessons Entrepreneurs Can Learn From a Newspaper Boy