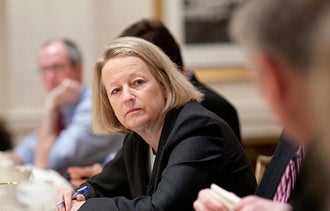 Entrepreneurs who want to advertise that they are raising money by selling private stock will have to wait a bit longer because a federal regulator continues to push back its deadline for its proposal to change securities laws.

The Securities and Exchange Commission was expected to deliver proposed rules today but yesterday announced it would postpone their release another week, until Wed., Aug. 29. The SEC had already pushed back its first deadline of July 4. The JOBS (Jumpstart Our Business Startups) Act, a bundle of legislation aimed to help small businesses gain access capital in new ways, was passed in April. Some pieces of the law were effective immediately, but others required SEC analysis and rulemaking.

At question is a move to allow business owners to advertise that they are looking to raise money by selling private stock, called general solicitation. Currently, general solicitation of private stock (in contrast to public stock, which is traded on well-known exchanges, such as the NASDAQ and NYSE) is against the law. Once the SEC releases its proposal, it will ask for comments from the public before enacting final the rules later this year.

Meanwhile, proposed rules are expected Dec. 31 for the popular crowdfunding provision of the JOBS Act, which would allow business owners to sell parts of their private company to anyone with cash.