The big idea to move your company to the next level can happen, if you put in the work -- and play while you're at it.
Next Article
Joe Robinson
Magazine Contributor
April 26, 2011 6 min read 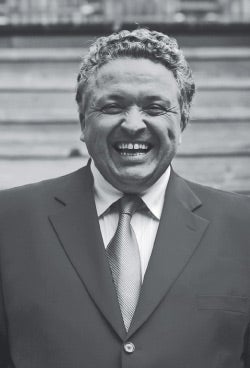 "Creativity has been made into a mythology. Certain people have it and certain people don't. The reality is it's hard work." That's the creative wisdom of Bruce Mau, one of the world's most sought-after designers.

Mau--whose company, Bruce Mau Design, has offices in Toronto and Chicago--has made a career of challenging the sacred priesthood of creativity. He demonstrates how to meld big ideas with practical realities and consumer psychology. He is at the vanguard of a movement to transform design from an insular world of magical seers to a practice that can solve problems from sustainability to poverty.

Mau's reputation as a savvy creative tactician has led to a very unorthodox client list, from Guatemalan leaders looking to create a brighter future for their people to Arizona State University, whose president is working with him to redesign higher education. Mau's firm has designed everything from the look of Canada's largest bookstore, Indigo, to the décor of New Meadowlands Stadium in New Jersey, future home of the New York Jets and Giants.

Belief in the myths, instead of the reality of creating, keeps companies from reaching the pinnacle of inventiveness necessary to stand out in a crowd and grow, Mau says. Chief among the folk tales is the belief that great ideas or product designs spring fully formed from the minds of innovative people. We see the finished result, not the hundreds or thousands of hours that went into spawning, developing, refining, honing, testing, retesting and rethinking. Mau thinks entrepreneurs are too impulsive and don't spend nearly enough time on the crafting, thinking and vetting.

When Mau was hired by architect Frank Gehry to design the signage for the Walt Disney Concert Hall in Los Angeles, he tested 5,000 typographic variants. Running the fonts through animation, he and his team invented a new font from imagery that appeared as one font blended into another.

The creative process is far from inscrutable, Mau says. There's an actual methodology that can be taught to others. He's just launched a new business with partner Bisi Williams, the Massive Change Network, to spread design techniques via the web to help solve issues from overpopulation to climate change. He spelled out his keys to the creative process in "The Incomplete Manifesto for Growth," a 43-point menu of strategies and attitudes (see it at brucemaudesign.com).

The gist? Throw out everything you thought you knew about creativity. A few examples:

Keep moving. Allow failure and migration to be part of your practice.

Ask stupid questions. Assess the answer, not the question.

Capture accidents. The wrong answer sometimes is the right one in search of a different question.

With the complex issues facing entrepreneurs, Mau is adamant about the necessity of teams. And, he contends, the difference between great design and design that misses the mark is empathy--the ability to make the human connection.

Think Like a Musician
A leading expert on business innovation has a radical prescription for any company serious about growth: Play harder. 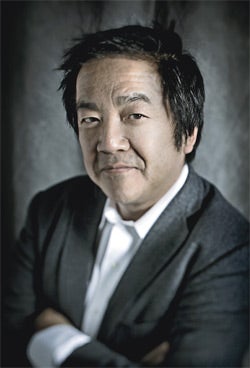 John Kao thinks you need to play on the job. "When people use the word play in a business context, it sounds kind of frivolous, but being playful is very much the source of new ideas," says Kao, author of Innovation Nation and chairman of the global Institute for Large Scale Innovation.

Kao, a jazz pianist who once played with Frank Zappa and the Mothers of Invention before going on to create executive and MBA programs in innovation at Harvard Business School, says entrepreneurs can learn a lot about the creative process by listening to jazz music.

Creativity requires a skill set that's polar opposite from results-oriented production mode. Instead of end points, the goal is what Kao calls the jazz musician's "white space," the zone of improvisation in which new associations and connections are born in the moment, without regard to where they are going.

"The balancing act is finding the sweet spot, as jazz musicians do, between discipline and structure on the one hand and freedom and inspiration on the other," says Kao, author of Jamming: The Art and Discipline of Business Creativity. "You need to have freedom from judgment to explore new things. If you laugh at other people's ideas or go to the feasibility questions of how much is it going to cost and how long is it going to take, you're never going to get new ideas."

Motivation research shows that we are more creative when we are driven, not by the external reward or result, but by the enjoyment or challenge of the experience itself. This allows for freewheeling brainstorming without the fear of failure.

Failing is good, Kao says--at least in the idea department. That's where innovation has always come from, whether it's in the experiments that lead to discoveries in science or the doodling that leads to new products and services. That kind of environment is hard to find at most offices, though, because few executives have a clue when it comes to the creative process.

"They think creativity is about periodically letting your hair down and coming up with wacky ideas, being bohemian for a day," Kao says. "It's about coming up with ideas that have value and execution. There's a lot of execution in creativity. It's not just inspiration."

Creativity isn't an option anymore, if it ever was. "If you don't have it, you're behind the eight ball," Kao says. "Other companies and countries are striving to be in this race and they may be more creative than you."