Five Ways to Give Your Seasonal Business an Off-Season Boost

Gwen Moran
Writer and Author, Specializing in Business and Finance
home
September 23, 2011 4 min read
Opinions expressed by Entrepreneur contributors are their own. 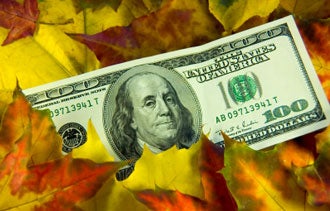 Whether it's a rush of leaf-peeping tourists in autumn or a fast-ringing register during the December holidays, seasonal businesses are often faced with the challenge of generating a year's revenue in just a few months. But there are some ways to keep the cash coming in all year 'round.

To keep the money coming in, even after the key season has passed, you may need to think creatively, learn more about the needs of your customers, and test new ideas -- even if they may seem a bit zany, says business consultant Elly Valas, whose firm, Valas Consulting Group, is based in Glendale, Colo. Here are five ideas for getting started.

1. Add complementary products and services. One of the most obvious ways to move into a new season is to add products and services to serve the other seasonal needs of your customers, says Valas. Joe Densieski's Nu Green Landscaping in Riverhead, N.Y., did this when he shifted his company's cold-weather focus from snow removal -- the obvious choice for many landscaping companies in cold-weather climates -- to becoming a supplier of de-icing products.

Related: Marketing a Seasonal Business All Year 'Round

Instead of competing with everyone who had a snow plow, Densieski, 45, became the Suffolk County, N.Y., distributor of an environmentally sound liquid de-icing product that doubled his snow-season revenue from $150,000 to $300,000 and allows him to keep three to four of his seven employees on staff all year.

2. Extend your season. When Thomas Harman, 35, founded Redwood City, Calif., Balsam Hill Christmas Tree Co., a purveyor of artificial Christmas trees, in October 2006, he soon found out that the Christmas tree season had begun more than a month earlier. Valas says that's a common mistake among seasonal businesses, which could broaden their selling season by kicking off their marketing earlier and holding sales or promotions immediately after the close of the season. As he learned more about Orthodox Christmas, which is celebrated by Orthodox Christians on or near Jan. 7, he realized his marketing opportunities and season was even longer than he'd thought.

3. Generate off-season excitement. In addition to extending his traditional season, Harman has become good at generating events and excitement during the slower months. When he noticed that retailers and direct television sellers like QVC were promoting Christmas in July, Harman jumped on the bandwagon and offered deals. People who had missed out on buying the artificial tree they wanted the previous year often jump at the opportunity to snap it up at a discount during the summer. "It surprised me, frankly," says Harman. But he's not complaining. Balsam Hill sells a Christmas tree every season of the year.

4. Look for niche markets. Seasonal businesses can often find successful income supplements serving niche markets, says Valas. A bakery that does brisk business during the holidays or during a peak tourist season may find success in its slow months by developing products that sell evenly over the course of a year to a smaller audience, such as gluten-free or sugar-free products.

"When you make the majority of your income during a season, you may be able to supplement that by finding a smaller market with a need that is season-less," she says. Densieski sells to his own niche -- landscapers and landscape contractors -- that needs his specialized product to expand their own seasons.

5. Go where the season is. The snuggly pajamas that Valerie Johnson's Big Feet Pajama Company Co. produces are suited for the cold climates of places like the company's Lakebay, Wash., headquarters. But during the slow summer months, Johnson, 43, began to notice a steady stream of orders from Australia and New Zealand, where winter was in full effect. As she began to cultivate that market, it made up as much as 70 percent of all orders between March through August. This year, Johnson launched a targeted Australian Google AdWords campaign and invested in a small distribution facility in Australia to reduce costs like shipping and customs to down under customers and to exploit the winter season in key southern hemisphere markets. "We expect this move to result in exponential growth," she says.

"You have to stop thinking of yourself as solely a seasonal business. Your customers have different needs all year. You just need to find a way to serve those needs in a way that fits with your existing business," she says.

Related: 10 Ways to Turn Your Blog into a Lead-Generation Machine