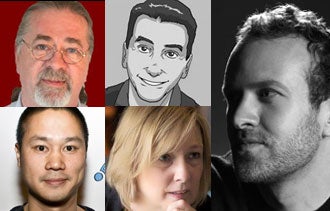 If you've spent countless hours planting virtual crops on Facebook, you have Chicago native Sizhao "Zao" Yang to thank. Though the creator of Farmville (Zynga's legendary time-suck) is proud to help you fritter away your time, he'd prefer you think of him as the guy who gave your company culture a boost.

That's why he co-founded BetterWorks, a Los Angeles-based startup that provides customizable incentives programs to small- and medium-sized companies. By creating a caring and respectful workplace, Yang contends that employees will respond with higher levels of productivity -- barring the occasional Farmville session, of course.

But even Yang needs an inspirational pick-me-up sometimes. Here are his top five Twitter feeds for company culture: