How the White House Became a Social-Media Powerhouse

By Shira Lazar February 8, 2012
Opinions expressed by Entrepreneur contributors are their own. 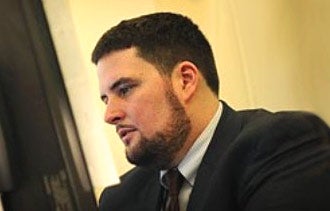 Want to reach millions of Americans instantly? Try using the hashtag #BarackObama in a tweet.

Even before Barack Obama was sworn in as the nation's 44th President, he was a big fan of social media. On Election Day in 2008, for instance, Obama had 380 percent more Facebook fans than his rival John McCain (R., Ariz.). So it's little wonder why today's White House has an entire staff dedicated to operating a YouTube channel, filtering photos on Instagram, crowdsourcing petitions on We The People, hosting Q&As through Twitter and even hang outs with voters on Google+.

I spoke to Macon Phillips, the White House's director of New Media, to discuss why the current administration is all a buzz over social media. Here's how his team is using social tools to engage with the public in the digital age:

How do you engage with the public differently on Twitter vs. Facebook?
Just after the president gave his speech on the nation's state of the union, we held a series of Twitter Q&A sessions with more than 30 senior administration officials. We were able to do that because Twitter is a much more conversational medium. Facebook, rather, is a better place for sharing rich content. We see that people regularly share our "photos of the day" and videos on Facebook.

What is the strategy behind your use of YouTube?
We've put together a series called "West Wing Week," which offers an update on the President's weekly activities such as when he travels and meets with foreign dignitaries, business groups, veterans or staffers. In addition, we have another video series called "The White House White Board," where we look in depth at an issue like tax policy.

What is the White House's most popular content to socialize?
We worked with the White House Photography Office early on to set up our President on Flickr. As a result, people can go to Whitehouse.gov and sign up to get a photo of the day, which will hit their inboxes every morning.

The President recently made headlines after his Google+ hangout attracted thousands of questions. What did you learn from the experience?
The hangout session is something we are planning to do more of, but it doesn't always have to involve the President to be meaningful. In fact, we held a hang out right after that for Startup America with Gene Sperling, the director of the National Economic Council; Steve Case, the chairman of Startup America and Aneesh Chopra, the White House's chief technology officer. They were able to have a face-to-face conversation with business owners around the country about what they're doing on the frontlines and how the Obama administration can be as responsive as possible to their needs.

What are the top social strategies you've learned that entrepreneurs can also use to grow their businesses and following?
Go out early and often. When it comes to social media, we do have goals in mind. But we don't sit around for weeks cobbling together an iron-clad plan before we act. We go out there, listen, get feedback, iterate on that and try to improve. It's as important to listen as it is to speak.

Timing is vital. One the most significant campaigns we ran on Twitter was the #40dollars hashtag, which helped crystallize how people viewed extending the payroll-tax cut. It's about being aware of what's going on and understanding that in the age of social media, you're just a participant. It's not something that you can control.

What was the best social-media strategy you've seen come out of the White House? Let us know in the comments section.