How to Tap Into Mom-Centric Mobile Marketing

By Grant Davis March 21, 2012
This story appears in the April 2012 issue of Entrepreneur. Subscribe » 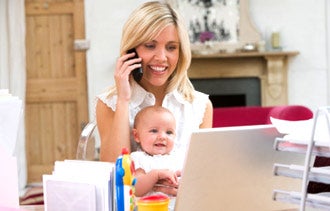 "Motherhood is the ultimate test to see if you can survive a startup," says Esther Crawford, a blogger and young mother of two from Milwaukee, who got to put her startup to the test at last year's BlogHer conference in San Diego. She had singled out the show to launch her innovative photo app--Glmps, which captures five seconds of video immediately before snapping a photo--because BlogHer arguably brings together the highest concentration of mom bloggers in the country.

As conventions go, the crowd of about 4,000 wasn't a huge audience, but that didn't bother Crawford. "My partners, both men, had no concept of the power of social media reach among mom bloggers," she says. They quickly found out.