How Location-Based Marketing Can Help You Connect with Customers

By Jeanne Hopkins and Jamie Turner April 11, 2012
Opinions expressed by Entrepreneur contributors are their own. 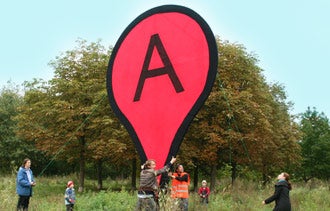 Companies are using location-based marketing in a number of ways to connect with customers. Some tend to stick with only one tool to keep things simple. Others use all of the tools to stay connected with their customers on a variety of fronts.

First, we should explain what location-based marketing is. It refers to the ability to customize marketing messages based on a prospect's location and preferences. To do this, marketers can use the following:

Here are several examples of how companies have successfully used location-based marketing and how you can, too:

Related: How to Get Started with Location-Based Marketing 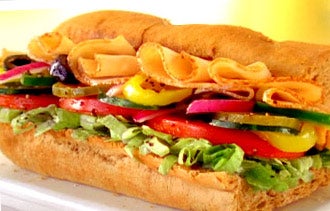 Improve customer loyalty: In the U.K., the restaurant chain Subway launched a location-based marketing campaign called "You Are Here." The campaign used LBA and multimedia messaging (MMS) to reach targeted users within close proximity to a Subway.

Users had to opt in first -- always an important consideration for a location-based marketing campaign. Once they had done so, they received MMS messages alerting them to special discounts as they were walking by a Subway location.

In a sense, Subway said, "Hey, next time you're near one of our restaurants, do you want us to send you a text with a special discount on it?" By confirming they were interested in receiving the messages, customers were giving Subway permission to text them.

Improve the customer experience and secure brand loyalty: Zuma Fashions rolled out an NFC campaign that embedded chips in point-of-sale posters. Consumers were encouraged to download the Zuma Fashions app from iTunes or the Google Play marketplace. Once the apps were loaded, customers swiped their handsets over the NFC chip and were encouraged to fill out a short survey. After completing the survey, they received a digital discount they could use right away. The campaign proved so successful that Zuma extended it.

Customers also could swipe NFC tags attached to blouses and get details on the price of the garment and the materials used to make it, as well as watch a short video of it being modeled. The app enabled Zuma to create a loyalty program for people who frequented stores.

Related: Nine Tools for Building Your Own Mobile App

Improve customer loyalty and drive repeat sales: Pizza chain Domino's created its own location-based services app to drive sales for specific locations. What's impressive is that the app can handle all of the company's different pizza combinations. With four pizza sizes, four types of sauces, 22 toppings and numerous other add-ons, we calculated that there are 522 billion possible combinations. (Seriously. It took us all night to count them.)

Despite the complexity of making the app, Domino managed to do it and effectively streamlined the ordering process. Once customers take time to download the app, input their information and order a pizza, what's the likelihood they're going to start all over with a competitor's app? Probably very low.

Another example is outdoor clothing and gear supplier REI. It used ShopAlerts LBA to engage consumers with time and location-targeted messages. When consumers who had previously opted in to receive messages were near an REI location, they received SMS messages with special discounts.

Related: Four Rules for Location-Based Marketing Without Creeping Out Customers

Generate buzz and brand loyalty: To promote the launch of a new pocket-sized spray, the advertising agency for U.K.-based body spray maker Lynx installed highly visible vinyl floor tiles in high-traffic areas of various colleges and universities. Students who stood on or near the Lynx floor vinyls were encouraged to wirelessly download a simple branded dating application via Bluetooth.

The campaign was a success not only because of the public relations buzz it generated, but also because more than 500 students a day downloaded the app.

Once consumers get comfortable with LBS, NFC, Bluetooth and LBA, the floodgates will open. The day is not far off when it will be commonplace for discount offers to pop up on mobile devices when customers return to a favorite business. For marketers, that prospect should be exciting.