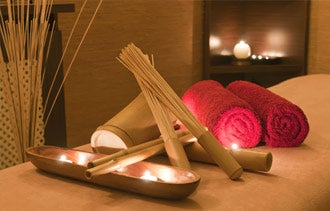 If Jeni Garrett were to draw up a recruiting ad for The Woodhouse Day Spa franchise, it might read something like this: "Franchisees sought for fast-growing spa enterprise; individuals with entrepreneurial drive, plus strong sales, marketing and operational skills preferred; no prior spa industry experience, please."

It's no accident, says Garrett, founder of the flourishing day spa franchise, that her roster of franchisees includes plenty of former corporate execs, serial entrepreneurs and experienced owner-operators from other industries. And not a single one has previous spa industry experience.

In scaling up Woodhouse over the past decade from a single spa in her hometown of Victoria, Texas, to more than 25 franchise units in 14 states, Garrett says she has intentionally avoided franchising to spa industry insiders: "I feel like it's an advantage to have franchisees who are fresh and new to the business, because they're much easier to train to the Woodhouse model. What we're looking for are quick decision-makers, people who are entrepreneurial and strong in sales and marketing, and who are focused on working on their business, not in their business."

That job description isn't likely to change much, Garrett says, as Woodhouse embarks on an ambitious expansion plan that calls for the addition of 125 domestic locations over the next five years. The plan also includes the fall opening of Woodhouse's first overseas spa--in Punjab, India--one of 100 locations the company intends to open in India in the next 10 years. Meanwhile, according to Garrett, there are plans to open some 25 franchise units in Mexico beginning as soon as 2013.

Woodhouse has been on the franchising fast track since Garrett opened the Victoria spa in September 2001, at the tender age of 21. "We knew within the first quarter of business that this would be something we had to duplicate," she says. "Our first Christmas, men were lined up out the door, buying gift cards for their wives."

Garrett's initial instincts proved correct. Within two years she had sold rights to the first Woodhouse franchise. Since then the company has grown rapidly: On the heels of a 15 percent increase in same-store sales and a 13 percent increase in total guest visits in 2011, Garrett says she expects overall systemwide sales to grow another 22 percent in 2012.

Those figures testify to the strength of a business model that positions Woodhouse as a high-end neighborhood day spa. Garrett, a precocious entrepreneur (raised on a ranch in Southeast Texas, she began buying and selling cattle at 14) and avid spa-goer herself, has methodically nurtured the company's brand. The approach emphasizes the health and wellness aspects of spa treatments in the context of a neatly packaged program dubbed the "99 elements." That program encompasses the entire Woodhouse client experience, from the pretreatment quiet room, where robe-clad guests sip tea or champagne, to a proprietary post-treatment "awakening ritual."

Woodhouse franchisees credit Garrett for crafting a model, a culture and corporate resources that breed success. From customized annual spa benchmark reports to a new virtual home office system, "support from the corporate office has been critical to our success," says Erica Miller, a franchisee in Lubbock, Texas.

Veteran retail owner-operator Maurita Elias opened the first Woodhouse franchise in Kingston, Pa., in 2003 with her husband, Bob. She also has high praise for Garrett: "Her head for business and her knowledge of the spa industry is impressive. She can foresee changes coming in the spa industry, which I think makes her an industry-changer."

And through it all, Garrett says she remains a dedicated, though less-frequent, spa-goer. "I'm busy, but I still get my one massage a month and a facial as often as I can," she says, "because I have to practice what I preach."