5 Things You Need to Know About Facebook's Edgerank Algorithm

By Jason Falls July 17, 2012
Opinions expressed by Entrepreneur contributors are their own. 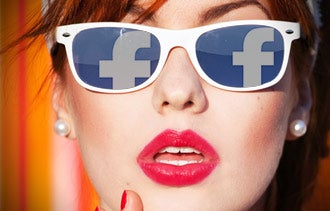 Reaching your Facebook fans is no easy feat, but you can increase the odds of being seen and connecting by strategically playing to the social network's "Edgerank" algorithm, which decides what content appears in News Feeds.

Consider these statistics: The average Facebook user has 262 friends whose content populates the user's news stream, and only half of all users check their Facebook account more than once a day, according to the latest social media usage data from Somerville, N.J.-based Edison Research's The Social Habit. Chances are slim, therefore, that most fans ever look at content from most companies they follow.

Even Facebook itself says most fans aren't seeing companies' content. In March, Facebook reported at it's own marketing conference that, on average, only 16 percent of company brand page posts are actually seen by its fans. This statistic might have been meant to scare brands to buy into Facebook's new advertising opportunities, which include sponsored stories and in-stream placements that increase the likelihood of being seen. But that requires a company to spend even more money on Facebook -- and for advertising, not organic content.

But companies that know the factors that go into the ranking should be able to get more than just 16 percent of their content through to their followers. Here are five things you need to know about Facebook's Edgerank algorithm:

1. How the Algorithm works: According to Facebook, Edgerank is determined by three key factors:

2. The more engagement the better: How many of your posts on Facebook contain an instruction or call-to-action? If not many do, start asking your fans to share or "like" the content. You also can pose questions to spur comments that will help your Edgerank score.

Coca-Cola, for example, often posts pictures with a product on a beach or similar setting and asks, "Coke Check-In: Where are you?" A recent post like this garnered 7,700+ "likes" and more than 1,000 comments.

3. 'Heavy-lifting' interactions help a lot: Based on the algorithm, driving your fans to upload pictures, videos and engage in lengthy discussions can help you rank better in their News Feed than other sources. Most Facebook users want to engage with friends and family, so your challenge is to make them want to do the same with you.

Video and photo contests can spark more interaction, as can simple calls for content. The Straz Center in Tampa once promoted the musical Cats by simply asking fans to post pictures of their cats on its Facebook page. Several dozen people did just that.

Related: 3 Little-Known Metrics That Can Help Optimize Your Facebook Page

4. Consistency is imperative: The algorithm's time-decay factor means that if your last Facebook post, compelling or not, was a week ago, it's likely not being seen by anyone now. Successful brands on Facebook are posting content that drives the audience to react on a daily basis -- maybe even several times each day. You'll need to test to see if your audience will respond to more than one post a day, but posting content once daily is one way to start.

5. Content is king: The one sure-fire way to get attention and interaction is to write and publish great content. When your fans find the content so good they have to share it, you win and your Edgerank rises.

Take a few minutes each day and ask yourself what you can post to make your audience say, "Holy Smokes! That was awesome!" If you filter what you post through that litmus test, the other tips here should fall in line.

Beyond the Edgerank factors, you have to decide what you really want to get out of Facebook. If you want to drive sales, your content has to lead your audience to a purchase point. If your goal is developing leads and prospects, you need a strong call-to-action to persuade people to register or download something. You also might simply want to build awareness and positive feelings about your brand.

Remember that users are generally focused on personal connections. It's not that they don't want to or won't connect with a brand or company. But there must be a strong incentive, meaning the brand needs to deliver strong content and engagement to break through the clutter.

Disclosure: Jason Falls serves as an editorial advisor for The Social Habit in conjunction with Edison Research and consultants Jay Baer and Mark Schaefer.