Is Apple's New iPad Mini Worth It? The Pros and Cons for Business

By Amy Gahran October 23, 2012
Opinions expressed by Entrepreneur contributors are their own. 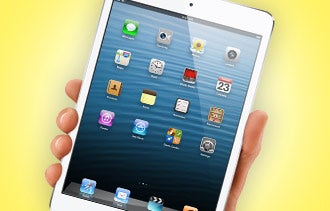 In terms of other tablets, the iPad Mini's main competitors in the small tablet market are Google's Nexus 7, the smaller Samsung Galaxy Tab models and Amazon's Kindle Fire HD. But the Kindle Fire is primarily a consumer media device, so it might not be ideal for most business users.

Is this smaller tablet a good choice for small business owners? That depends on how and where you'd like to use it. Here's a look at some of the iPad Mini's pros and cons:

Pro: Fast functionality
The iPad Mini has the reasonably fast Apple A5 dual-core processor -- the same chip that was in the iPhone 4S. It comes with up to 64 GB of memory and a high-resolution display, but not a Retina display. It has powerful front- and rear-facing cameras. Prices start at $329 for the 16GB Wi-Fi only model.

Con: 4G costs extra
If you need LTE network access, the 16GB iPad Mini costs $459. Plus you'd be paying for a data plan every month.

If you don't absolutely need LTE connectivity or a lot of memory on a small tablet, the Galaxy Tab and Nexus 7 Wi-Fi only models are worth consideration for business use. They're both slightly bulkier than the iPad Mini, and their specs aren't quite as high-end, but they do cost considerably less, starting at $199 (8GB).

Pro: Portability
As with any smaller tablet, you can hold it in one hand. The iPad Mini display measures 7.9 inches diagonally, and the entire device is 7.87 inches tall by 5.3 inches wide by a slim 0.28 inches thick. It weighs 0.68 pounds -- less than half the weight of the current iPad model.

It is small enough to fit easily into a pocket or purse. This enhanced portability could make it worthwhile for some people to pay extra for an LTE-capable model and data plan.

Con: Seven inches might be awkward for some users
The iPad Mini is just a bit too large to comfortably hold and also type on it with your thumb using just one hand, as many people do with smartphones.

Related: 5 Things to Consider Before Buying a Smartphone or Tablet

Pro: A decent display
The iPad Mini screen size is about 18 percent smaller than a standard iPad display but its aspect ratio -- the proportions between its width and height -- is the same for both iPad models. That's important, since it means apps that are customized for the standard iPad should display and function reasonably well on the iPad mini.

Of course, the vast majority of iOS apps do not yet offer an iPad-optimized version. But on the iPad mini, it's possible that iPhone apps might feel more comfortable -- giving iOS users the best of both worlds.

Will you consider using Apple's new iPad Mini for business? Let us know why or why not in the comments below.