By Jennifer Wang March 25, 2013
This story appears in the March 2013 issue of Entrepreneur. Subscribe »

Are successful entrepreneurial concepts the product of nature or of nurture? Do they spring unformed from the minds of inventors, or are they carefully cultivated adaptations of preexisting notions?

It's not surprising that David Edwards, founder of experimental design lab Le Laboratoire, is a proponent of inventiveness: following through on crazy ideas that may or may not become profit generators. In his view, the potential to advance the human race is what should come first in any venture--and if one can do that, then a big payoff is likely not far behind.

Meanwhile, Krisztina "Z" Holly, creator of the first TEDx conference and an entrepreneur and engineer, preaches innovation: building and iterating on existing ideas so they can have as great an impact as possible--and are more likely to attract investors from the get-go.

We put the two head-to-head to determine which mindset is more valuable when it comes to entrepreneurship. 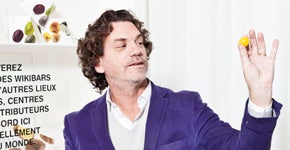 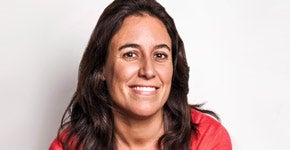 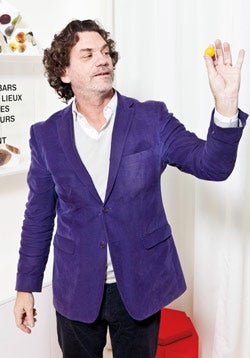 Politically, environmentally, socially--the world is changing at a rapid clip. To David Edwards, a biomedical engineering professor at Harvard University and founder of Paris-based experimental art and design center Le Laboratoire, the key to adapting quickly is invention. "The development of new ideas that respond to new conditions has never mattered so much," he declares.

The ability to translate an idea into commercial success is a special skill indeed, but it's far more consequential to come up with an idea that redraws the very boundaries of what is possible. Consider the printing press, antibiotics and the internet: inventions that altered the course of history in ways "innovative" software and mobile startups can't even approach. Revenue models certainly weren't a big part of the development process for these inventions, yet countless opportunities arose (and are still arising) from their creation.

According to Edwards, support for wild ideas "so naive no one would encourage them" is lagging in the private sector. Rather, environments such as Silicon Valley promote the reworking of existing concepts--a process that is more easily taught and has more immediate gratification.

"To be in a position to see things in a fresh new way that others don't see requires a perspective anchored in innocence and luck," he says. "If you look at really successful inventors, they tend to be in positions that allow for that innocence, which is why many breakthroughs come from young minds."

If the goal is to crack the world's toughest problems, institutions of all types should foster creativity for creativity's sake, and do what they can to nurture ideas that hold long-term promise. All that business stuff, meanwhile, will sort itself out.

For instance, Le Laboratoire produces exhibitions with the goal of presenting concepts that are so fantastical and thought-provoking that the public will pay to see them. And some of those projects do, in fact, become businesses. In 2010 and 2012 Edwards launched commercial ventures that grew out of such "open-ended" ideas: AeroDesigns, maker of AeroShot, a lipstick-size aerosol dispenser with which one can inhale medication, food or drink; and WikiCell Designs, maker of edible (and apparently tasty) packaging for food products like yogurt and ice cream.

More than just wild contrivances, these efforts could have important medical, nutritional and environmental applications.

In other words, Edwards believes far more great companies will arise from a culture that focuses on radical ideas than one more intent on building and funding, say, Pinterest 3.0. The future will shine brighter if we take a creative, multidisciplinary approach to entrepreneurship that encourages possibly reckless, avant-garde thinking that has the power to change the world.

As Thomas Edison once remarked, "Hell, there are no rules here--we're trying to accomplish something." 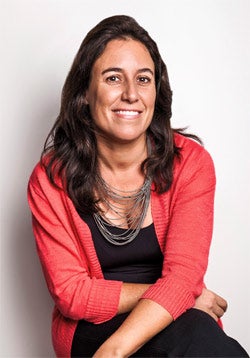 If you build it, there's no guarantee they will come, argues Krisztina "Z" Holly, founding executive director of the USC Stevens Center for Innovation and MIT's Deshpande Center for Technological Innovation and creator of the first TEDx conference. "Big ideas are just that--ideas--until you execute," she says. "A lot of company leaders like to talk about thinking outside the box, but there are so many ideas out there already that are ignored, ironically, because they don't fit in or are just way too ahead of their time. What we need to do is figure out what to do with the ideas we already have and make them work."

By that, she means figuring out how these ideas will make money. "If the goal is to make as big of an impact as possible and change the way people live, work and play, you've got to sell the idea," she says, pointing out that radical ideas rarely upend business paradigms by merely existing. For every PayPal that disrupts an established industry, for every Facebook that fundamentally alters the way people communicate, thousands of similar "inventions" never make it off the page.

But if entrepreneurs focus on innovation, on that backbreaking process of assimilating their businesses into the broader ecosystem--drawing on everything from technological improvements to cutting-edge marketing strategies to partnerships with big corporations--then the real breakthroughs will happen.

Without innovating on a proven quantity, you risk making zero impact. "I've seen many professors at USC and MIT with these unbelievable world-changing ideas," Holly says, citing research into a procedure that simulates the effects of a gastric bypass surgery, but without the actual surgery. "But if surgeons don't make money from it, who's going to pay for it?"

Square is an example of a company that adapted an existing service--the credit card transaction--making it achievable over mobile devices and nearly single-handedly improving the purchasing process for both consumers and vendors. The company's founders did not only rethink a timeworn business model; they made sure their process could be adapted (by integrating with other card networks) and monetized (with investment from Visa and partnerships with the likes of Starbucks).

If you want to build an amazing company, it isn't enough to create something disruptive or rebellious. New ideas are a dime a dozen, Holly says; the real test is scaling your brainchild into a product with ubiquitous, tangible impact. "There's this quote I love from Bob Metcalfe, the founder of 3Com and inventor of Ethernet: 'Invention is a flower; innovation is a weed.'"

And we all know which has better staying power.