Out of Work? Do's and Don'ts for Your Retirement Account.

By Deborah Nason July 20, 2014
This story originally appeared on CNBC

Being unemployed is bewildering enough, but thinking about how to handle a leftover 401(k) plan adds an extra layer of worry. What do I do with it? Leave it alone? Roll it over? Take the money and run? Do I have to pay taxes?

401(k) plans are an important component of the savings landscape. The American Benefits Council estimates more than 80 percent of eligible employees participate in their companies' plans. CNBC spoke with several experts to look at what to do and what not to do with these plans once unemployment ends. 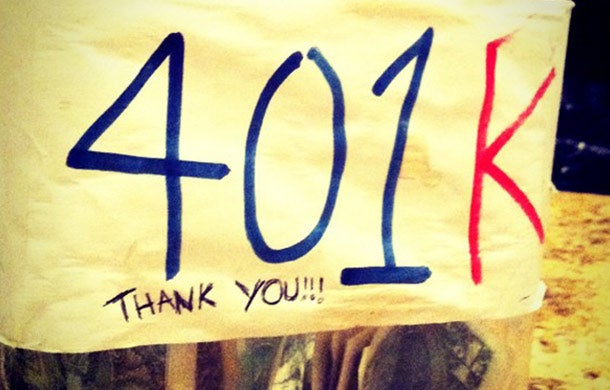 "Rolling over a 401(k) is a subject a lot of people don't know about," said Clayton J. Shearer, certified financial planner and owner of Wellness Financial Services. "There's no education—finances are a taboo topic, and we're not supposed to talk about it."

Separated employees should roll over any and all previous employer retirement plans to an individual retirement account that is in their control as soon as possible, Shearer said.

"If you leave it with your former employer, the company has 100 percent control of it," he said. Most of the time, a company 401(k) limits investment to 20 to 25 choices—typically mutual funds—because fiduciary standards require offering a set standard of quality, which must be reviewed annually.

"This is not necessarily a bad thing, but it results in not enough variety in terms of risk profile and asset allocation," Shearer said.

Another reason to transfer funds out of an employer plan, said Shearer, is that most such plans are more expensive than an individual retirement account. The employer pays fees to the providers (e.g., Fidelity, Vanguard), to a third-party administrator and to an advisor to manage the plan.

"If you're not paying these fees, you'll get a better return," he added. "Also, if something happens to you, it would be an easier process to have it under your control."

One possible advantage of not rolling over, however, is that an employee who retires, quits or is fired at age 55 or older may withdraw 401(k) funds without penalty before reaching 59½ per the "rule of 55."

For some, liquidating all or part of a 401(k) can be dangerously tempting— and costly. There is a 10 percent early withdrawal penalty for those under age 59½, plus income tax levied on the amount withdrawn. Furthermore, the resulting income may result in a higher tax bracket.

"Absolutely resist the temptation to withdraw money," said Charles Bennett Sachs, certified financial planner and managing director of Private Wealth Counsel. "If you're tight moneywise now, it'll be worse in your 80s. You can't be exhausting those dollars."

Andrea L. Blackwelder, certified financial planner and president of Wisdom Wealth Strategies, said she sometimes hears people say that "money doesn't really count, because it's never been in our hands."

Read More: Your home is not an ATM

"It's imperative to have a withdrawal strategy and to watch your timing—either wait it out until your 59½ or just take a part of it," she said.

"Especially when it comes to taking the required minimum distribution at age 70½, it's very important to get professional help to determine where to best pull that amount from," Blackwelder added. "An IRA works better as a distribution tool than a 401(k) because it gives you access to more investment options."

A recent report from TIAA-CREF found that nearly one-third of Americans have taken out a loan from their retirement plan savings.

"When you take loans [from your 401(k)] while employed, you're paying interest back to yourself," said Blackwelder. "It's convenient and easy—like getting a loan without qualifying through a bank.

"But if you're terminated, you must pay [the entire amount] back," she added. "And if you don't, it becomes a taxable distribution."

There will also be a 10 percent withdrawal penalty for those under age 59½, making this a triple whammy for terminated workers. It's also a likelihood, as 86 percent of terminated workers with an outstanding loan balance default on their loans, according to the Pension Research Council.

It isn't odd to see individuals in extremely low brackets or negative taxable income situations where they should consider paying the [withdrawal-triggered] tax at a low rate, withdrawing funds … and never worrying about the taxes again."-Robert Schmansky, owner of Clear Financial Advisors

"A period of unemployment is an opportunity to be in a lower tax bracket," he explained. "It isn't odd to see individuals in extremely low brackets or negative taxable income situations where they should consider paying the [withdrawal-triggered] tax at a low rate, withdrawing funds … and never worrying about the taxes again."

Bennett Sachs of Private Wealth Counsel said that while the bad news in such a situation is that you have no income, the good news is you may be able to do a Roth IRA conversion.

"For example, if you have $100,000 available to roll over, you may be able to peel off $10,000 for a tax-free Roth IRA, which grows tax-free," he explained. Roth IRA contributions are not tax-deductible, but qualified distributions are tax-free.

Schmansky agreed. "There are not many chances in life to make a Roth IRA contribution," he said.

According to the IRS, the 10 percent tax will not apply if distributions before age 59½ are made in any of the following circumstances: