May we have your attention, please: The average American attention span is now one second shorter than that of a goldfish. According to Harvard Business School historian Nancy Koehn, it’s all of eight seconds long, a sobering tidbit not lost on the creators of Ocho, a slick social video sharing app that launched today in the Apple App Store.

Videos on Ocho -- as the free app’s name hints -- are eight seconds long. That’s two seconds longer than a Vine loop and seven seconds shorter than the max-length Instagram clip, and that’s not by mistake.

Inspired by Koehn’s research, the app’s founders, New York City tech entrepreneurs Jourdan Urbach, 22, and Jonathan Swerdlin, 32, are betting that eight is the magic number for our digitally distracted goldfish brains. So is Ocho’s principal investor billionaire Mark Cuban, who recently backed the app along with General Assembly co-founder Matthew Brimer in a $1.7 million seed round.

Related: Why Short Videos Are Wildly Popular Over Social Media 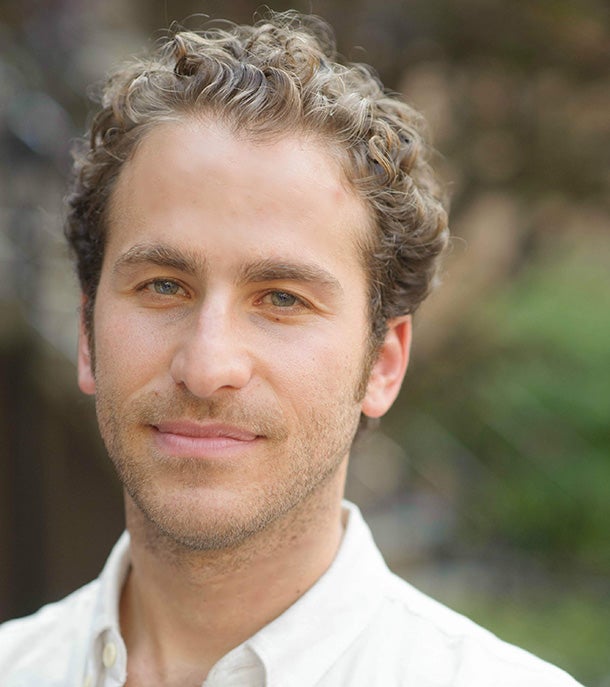 “Ocho is redefining the way we share our stories through creating a powerful, video-based social network in a way that hasn’t been possible until now,” Cuban said in a release announcing the app today.

We have officially launched in the App Store! You can download Ocho free at http://t.co/2TmJJv3STk pic.twitter.com/UFo9G3WRMD

Cuban isn’t the only media heavy gambling on Ocho. VICE Sports is in the mix, too, and will use the fledgling video platform to socialize exclusive field dispatches. Hmm, with Cuban on board, we wonder if a few Shark Tank Ochos will surface as well.

As for tech specs, Ocho videos can be shot vertically or horizontally. They’re full-screen in size and can be tweaked using six different “made-for-video” filters.

A couple of mildly cool features set the app apart from the crowd: the ability to narrate your videos with a voiceover after you record them and the ability to submit comments via reply video only. (No text comment trolls need apply. There’s plenty of room for that vitriol on Vine and Instagram, both of which Urbach pretty accurately calls “negative comment cesspools.”)

Related: When Dealing With Negative Comments Online, Be Kind, Compassionate and Diplomatic

We caught up with Ocho’s founding duo and picked their brains about their brand-new baby, which they describe as “a beautiful, user-friendly social video platform with a superior experience to enhance how we see and share the world.”

Editor's Note: Responses have been edited for clarity and length.

1. What inspired you to get into the social video sharing game?
Jourdan: Two billion people with a camera connected to the Internet represents the greatest potential for video creation and consumption in history. It was confounding to me that nobody had been able to replicate the success of social photo sharing platforms like Instagram for video. Jonathan and I love video, and felt the medium deserved its own platform -- one that finally does it justice instead of just mutating photo platforms and calling it good.

2. You both have experience launching startups, but not in this industry. How did you educate yourselves? Who or what were your best sources of guidance? 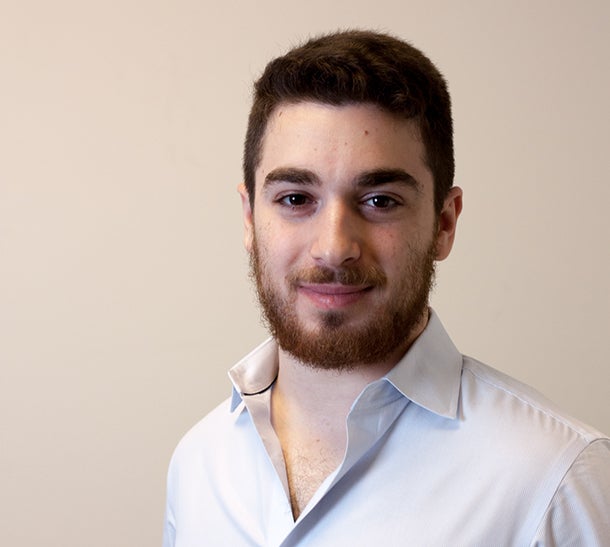 Jourdan: Jon and I both read a metric ton every day. We learn from industry pioneers -- not just in technology, but in the broader media industry. Siloing is dangerous. The tech is what powers the platform, sure, but the reason people come back to Ocho is the content -- from their friends, their families, and the influencers they look up to.

Related: When Launching a Startup, Consider These 5 Risks

So it’s great for us to learn from Steve Jobs’ design sense -- but what about Milton Glaser’s? It’s great to learn from Tim Armstrong’s leadership skills, but what about Alan Mullaly or Les Moonves? You get the idea. We broaden our horizons and search diligently for analogues so that we can bring the knowledge borne of a wide-cast net to our employees and our stakeholders.

3. What’s the technology, the special sauce, behind your product? How does it stand out from competitors such as Vine, Socialcam and Keek?
Jourdan: Everything we build under the hood is designed to power a vision -- the experience we want our users to have. For instance, Ocho is the first social network to introduce voiceover and volume control because that’s what we felt was necessary to make good UGC [user generated content] video. We’re not trying to be FinalCut Pro. There’s an art to finding the balance between editing power and effortless sharing. All the tech was built entirely in-house and much of it is proprietary, including things like intelligent caching and dynamic viewing so Ochos can play continuously like TV.

4. Why do you think you’ll be successful in the Vine-dominated social video space, a tough market where so many others have failed (like the Jay-Z- and Shakira-backed Viddy, most recently)?
Jourdan: Vine is fascinating because its success has actually spawned a distinct content format: “The Vine.” You know it when you see it -- it’s short, it’s GIF-y, it’s stop motion art or its dark humor. But most importantly, the Vine is not made by you, not made by your friends, and generally not made by mainstream celebrities either. It’s made by “Vine Stars,” yet another cultural fascination of the platform.

Meanwhile, Viddy, SocialCam, and other earlier-generation platforms suffered from a raft of issues that kept them from success and staying power. First, there were bandwidth problems. Launching between 2010 and 2012, these early jabs were frustrating because the 3G and 4G LTE we’re now so accustomed to were underbuilt and overloaded by even the lightest data packets.

Compounding the data squeeze was the fact that many early platforms encouraged videos that were 15, 30, or even 60 seconds in length. With mediocre compression and long videos, the user experience was extremely negative as viewers waited for a never-ending spinning wheel and were bored by content that lacked brevity when it eventually did load.

Third, clunky user interfaces did a subpar job of treating video with the respect it deserves as a distinct content medium. It took a while for us to learn that the tools that work for photos can’t just be copied and pasted and work on video.

Now, we’ve finally got the bandwidth. We have a beautiful user interface. Society has begun to understand and love the medium of short form video. We certainly believe in it, and we think we’ve built a platform that can finally help it find its way on mobile.

5. How did you attract the attention -- and seed investment cash -- of billionaire tech mogul Mark Cuban?
Jonathan: Initially, we met through a mutual friend and began speaking about his messaging app Cyberdust, which we believe everyone should be using for privacy. Although things with Ocho were under wraps at the time, we chose to share our beta with him.

Mark saw the Ocho beta and immediately expressed interest in investing. He went through our strategy in detail and we found that both parties aligned philosophically on media and business. It just made sense. His team did their diligence and it was a green light.

We love Mark and are grateful to have him as a business partner.

6. There’s no shortage of trolls online, people who get a kick out of littering video posts with harsh, often offensive comments. How does Ocho address this rat’s nest?

Jourdan: Almost universally, text comment sections are cesspools where hate, vitriol, and obscenity flourish at the expense of genuine responses. When you think about it, text comments make about as much sense on video as photo comments. They’re both static mediums, and simply don’t work against a dynamic medium like video.

Related: Tricks to Creating a High-Quality Video With Your iPhone

Like so many other social tech entrepreneurs today, Jonathan and I believe that the comments are as important as the initial content. At their best, they provide context, add value, and enable viewers to insert themselves into important conversations. That’s why we’ve build a robust Video Reply system into Ocho. We’ve already seen it work in our beta and are excited to share it with the world at launch.

7. What advice can you offer other young entrepreneurs who want to launch their own apps
Jonathan: Know what you are building, why you are building it, and constantly examine your trajectory. Remember that apps are just a means to an experience and function for a human. Surround yourself with people smarter than you and build your team thoughtfully. Timing is key.  Drink water, not coffee. And have fun!

Jourdan: There's both a practical answer and a philosophical answer to this question.

Practical, first. When someone finds out I build apps for the first time, about 90 percent of the time they tell me “We should talk.  I have an idea for an app.” I always listen, and I’m struck by one thing consistently. Know what is a database problem and what is an algorithmic problem.

Related: A Step-by-Step Guide to Buidling Your First App

Let’s unpack that. If you have an idea for an app, that means you see a problem you’d like to solve, and you think an app is a good tool for that. Is the data required in order to solve that problem available in a readily query-able source? For example, you might like to build an app to help people find parking spots on the street in NYC, but where is the information on open parking spots stored? Exactly, Now you need to deploy personnel or leverage camera footage in real time to create and maintain a database. Now you’re building a company.

Here’s the philosophical pointer. Know whether you want to build an app or a company. Are you going to pay someone to build an app and expect that it will be useful in perpetuity without maintenance? There are very few utilities like that in the world. Building an app means building a storefront for a business 99% of the time today. An app may be mobile, may be small, may be streamlined, but there’s no such thing as a “little app” any more. Any implied diminutives have been dashed. So before you take the plunge, think about the business - hiring, taking money, generating revenue, marketing to users, the list goes on. Nothing happens on its own - even if it appears to. That narrative is long gone. There is no such thing as a little app.

Correction: A previous version of this article mentioned a partnership that was disclosed to us by Ocho but apparently has not been finalized.

Related: Why Starting Small Can Lead to a Better App