Laura Entis
December 29, 2014 6 min read
Opinions expressed by Entrepreneur contributors are their own.

Growing up in Toronto, Dani Reiss never imagined a future for himself running the family business. His grandfather had founded Canada Goose, an outwear manufacturer that makes down goose down jackets and parkas, in 1957, and when he retired, Reiss’s father took over. Reiss had no desire to become a third-generation CEO. “I never wanted my folks to give me a job -- I never wanted to be that kid,” he recalls. “I wanted to do my own thing.”

Fast forward to present: Despite his initial resistance, Reiss is CEO and president of Canada Goose. But instead of being confined by the company’s legacy, he has managed to use the position to very much do his own thing -- since becoming CEO in 2001, he has transitioned Canada Goose from a line of outwear products worn exclusively by residents’ of Canada’s icy northern regions into a brand sported by celebrities, featured in magazines (including Kate Upton’s infamous Sports Illustrated Swimsuit cover) and worn by individuals the world over.

Over the past decade, the privately-held Canada Goose has posted a growth rate of more than 4,000 percent. When Reiss first took over as CEO, the company was doing 3 million in annual sales. This year, that number will be north of $200 million, and Reiss predicts sales will top $300 million in 2015.

How, exactly, did this happen? For Reiss, his company’s awe-inspiring trajectory stems from two related decisions: Keeping Canada Goose’s manufacturing in Canada and never sacrificing quality for cost.

The Swiss watch of jackets

When Reiss first took over the position of CEO from his father in the early 2000s, he was faced with a manufacturing industry in the throes of fierce disruption. Lured by substantially cheaper costs, “everyone was leaving and going to Asia,” Reiss says. The common belief was that consumers didn’t care where a product was made; they just cared about how much (or little) they had to pay for it. The smart decision was to pack up and move.

Not only did Reiss not buy into that line of logic, he sensed an advantage in his competitors’ rush to leave Canada. If he kept manufacturing in the country, “we would have a tremendous opportunity because we would be the only ones left,” he remembers thinking. Reiss was adamant that consumers would pay for an “authentic,” expertly crafted product. At first, this theory appeared tenuous. As North American retailers balked at Canada Goose’s prices (today, jackets typically retail between $600 -- $800, but can cost as much as $1,700), “it was hard to make payroll.”

Related: How to Get Customers Raving About Your Brand

Ironically, Canada Goose jackets first had to become popular in Europe before they could enjoy the same cachet in their native country. When Reiss first took control of the company, he began distributing jackets internationally. To his surprise, Canada Goose products were immediately embraced by European retailers, who viewed the jackets as luxury items and thus never questioned the price point or the decision to keep manufacturing in Canada. “For them a Canada Goose jacket made in Canada was like a watch made in Switzerland,” Reiss says. “Rolex is not going to move their production to China.” Made in Canada became a marketable, bankable factor. 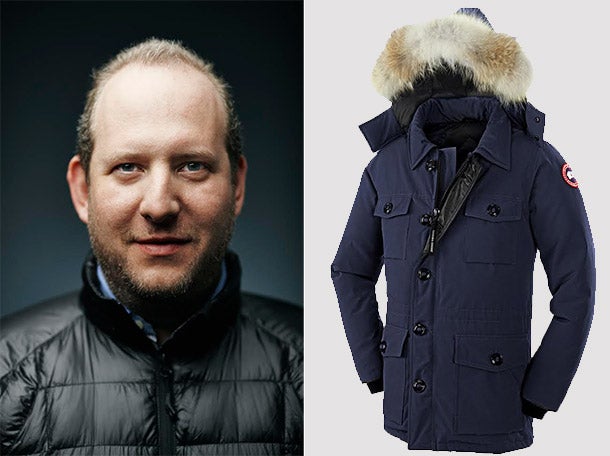 Reiss remembers the exact moment when the full significance of this reception truly hit him. He was on a business trip and, upon entering a boutique store, spotted a familiar logo nestled between a Prada coat and a Gucci jacket. That was a pivotal realization for Reiss: In his mind, Canada Goose had always been a luxury product, but physically seeing the label next to Prada and Gucci products convinced him that the world saw it that way, too.

Slowly, Canada Goose’s success in Europe trickled back to North America as vacationers returned home and spread the word. Retailers realized that they could market the brand as a luxury line, and when initial orders quickly sold out, the jackets began a fixture at high-end retailers across Canada and the United States, such as Barney’s, Bloomingdales, Bergdorf Goodman and Saks Fifth Avenue. Today, in pockets of major northern metropolises on the continent, including Vancouver, Toronto, Chicago and New York City, it’s difficult to walk more than a few blocks in the winter without passing a Canada Goose jacket emblazoned with the red and white Artic Program trademark, the company’s distinctive logo. “The first time you notice a Canada Goose label, you suddenly start to see it everywhere,” Reiss says. “I hear that all the time.”

Canada Goose began as a line of functional down jackets built to weather the harshest cold, but has become a product sported by urbanites drawn-in more by its brand appeal than its incredible warmth and patented technology. While Canada’s reputation as the jacket for explorers and artic workers remains important –“We’re not becoming a polo company,” Reiss says – there are nonetheless indications that the company is capitalizing on its status as a high-fashion brand. Canada Goose is no longer just a heavy-duty parka line, but now sells a range of products including pants, light wear and spring jackets.

In 2013, the U.S. private equity firm Bain Capital bought a majority stake in the company for an estimated $250 million, a cash infusion that will fuel Canada Goose’s continued rapid expansion. (The company now has offices in Toronto, Stockholm, Denver and recently announced it will be opening a sales office in New York City).

Reiss attributes Canada Goose’s explosive trajectory to his refusal to ever cheapen the brand’s value. “There are real brands out there, and that's what I got excited about us being. I saw that there weren't enough of them," he says. "People want the real thing.”

The Road From Product to Experience for Luxury Offerings

Exclusivity Isn't the Only Marketing Strategy for Luxury Brands

Can Cartier Recapture Its Sparkle in China?