6 Lies They Teach in Business School

The benefits of getting a business degree are multifold. But as many MBAs and their undergrad counterparts can attest, so are the falsehoods imparted.

Some business lessons simply can’t be taught within the confines of the classroom; case studies, theories and formulas don’t always translate to real-world wins. And possibly the most valuable education entrepreneurs can receive comes from failing spectacularly, dusting themselves off and applying what they’ve learned to the next project.

But don’t take our word for it. We asked emerging and successful entrepreneurs to share what they consider to be the biggest lies perpetuated by business programs. Here’s what a handful of them had to say.

1. Outline it all first.

Business schools like to emphasize planning (and planning and planning). But once you’re in the thick of running a company, even the slightest industry change can send the best-laid business plans out the window.

Of course, a business degree will equip you with many of the essential tools you’ll need to run a company. “But there are so many levels on which you’re constantly adjusting,” says Smith, who earned her MBA in 2003 from MIT Sloan School of Management. “You’re probably using a hammer in a way that it was never meant to be used.”

All the more reason to avoid overthinking and over-engineering your idea, she says. Time may stand still in the classroom, but it doesn’t in the marketplace. 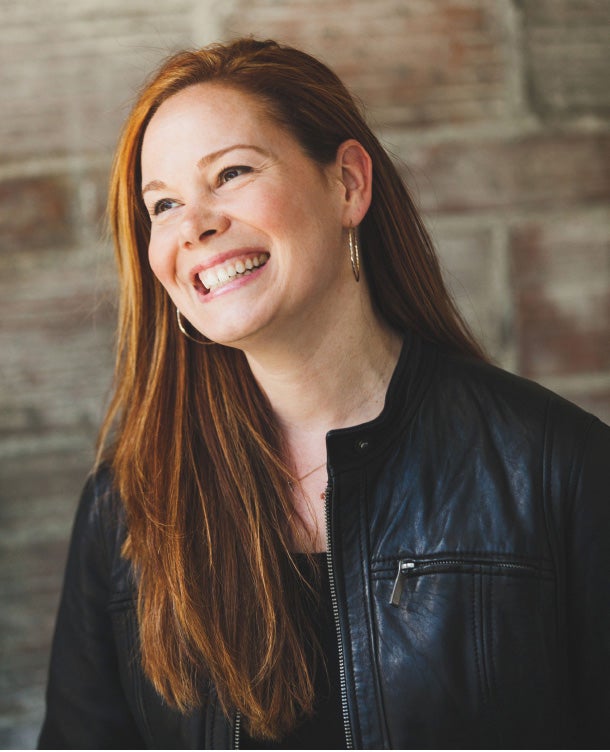 2. You can analyze your way into a good idea.

At business school, data is king. But many graduates have learned that you can’t use a spreadsheet to shoehorn your way into a winning product or service.

Katherine Long, a University of Pennsylvania Wharton School alum, started a seven-figure business, Illustria Designs, in 2013, right after she graduated. Sure, all those A/B testing exercises in the classroom were instructive. But when pursuing a business idea, she seized on a pressing need for herself and her classmates: high-quality yet affordable designs for logos, websites, web and mobile apps and other marketing materials.

“That’s typically how it happens for most entrepreneurs,” Long says. “You experience a problem, and you figure out how to solve it. You have to be in touch with your intuition and creativity, because it’s often not something you can reason your way into with data.”

Smith concurs. “So many smart folks who go into entrepreneurial ventures forget to get out of their heads and into the world,” she says. “It’s not formulaic. It’s about real-world research and being willing to listen and learn.” 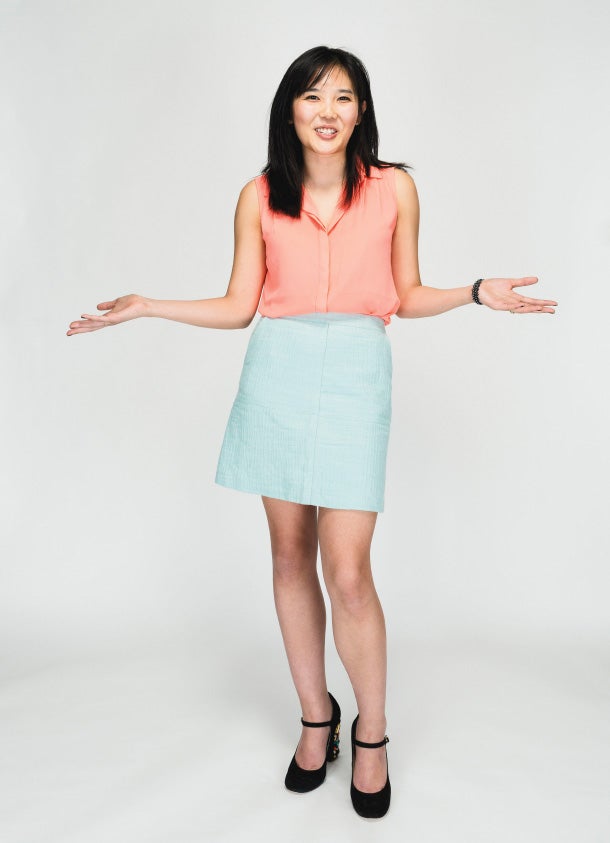 3.You need to pay your dues.

Despite what business professors may say, you don’t have to work in a corporate environment before starting a company. “There’s pressure to talk to corporate recruiters,” says Long, whose instructors and advisors placed a strong emphasis on landing a job with a high-profile employer.

Unlike many of her peers, Long skipped diving headfirst into the traditional Wall Street gig after graduation. Rather than a sexy pedigree, she believes, “persistence and grit” are what it takes to succeed as a founder—and she should know. Bethesda, Md.-based Illustria Designs, which has 20 employees, has raked in more than $1 million in revenue.

Abby Falik, a Harvard Business School grad, also chose to forgo a corporate job and go it alone. “I’ve been struck by how many of my classmates, now five-plus years into corporate jobs, are seriously questioning the paths they were encouraged to take coming out of business school,” says Falik, who is still running the company she started after earning her MBA. 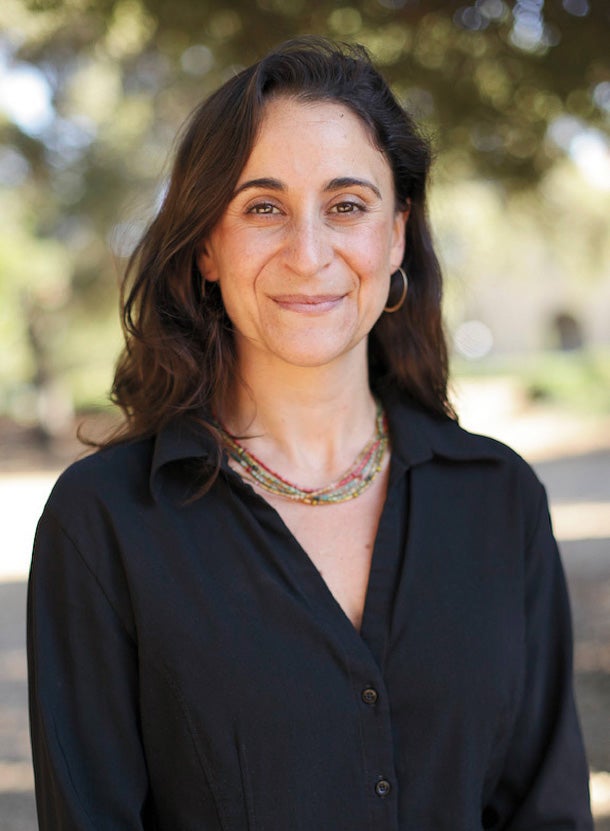 4. You need to make money before you can indulge your passion.

This was the message Falik received in grad school: Earn big first; focus on the career of your dreams later.

Falik, whose résumé includes educational and international development work, ignored this advice. In 2008, on the heels of finishing business school, she founded Global Citizen Year, an Oakland, Calif.-based nonprofit that selects and trains high school grads to spend a “bridge year” in developing countries. Yes, money was tight initially, especially with student loans in the mix. But to get her nonprofit off the ground, Falik moved in with her parents, tapped her savings account and secured a handful of grants. “There was no reason to postpone something I was passionate about,” she says.

It was the right call: Global Citizen Year is thriving—it has raised $8.5 million in grants and donations, and $5.5 million in tuition and program fees—and Falik loves the work. More important, the organization has sent nearly 500 high school grads on bridge years in Latin America and Africa; plans are underway to add programs in India, the Middle East and China.

5. You need to raise institutional funds.

Business schools place too much emphasis on raising sizable chunks of capital from angel investors and venture capitalists, says Bob Gillespie, a serial entrepreneur who received his MBA in 2011 from the University of Chicago Booth School of Business. “Getting institutional money is difficult and time-consuming,” says Gillespie, CEO of Conference Software Solutions. Better to bootstrap and tap friends and family right out of the gate.

Sure, institutional funding has its place later in the business life cycle. But when you’re in the early stages of building a company, your focus should be on understanding your market, learning what customers want (and how much they’ll pay), differentiating yourself from competitors and proving your concept.

“All those things are more important than saying, ‘I got $5 million,’” says Gillespie, who teaches emerging entrepreneurs at 1871, a co-working space in Chicago. Besides, he says, investors want to fund proven concepts that have a clear path to revenue and large market potential, not untested ideas. 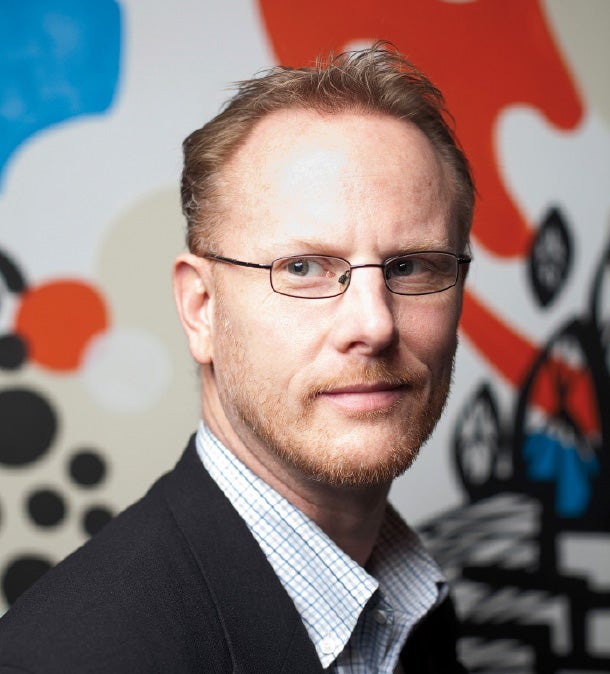 6. Hard work is the biggest key to success.

Actually it’s just one of many ingredients. As an undergrad at Texas Christian University’s Neeley School of Business, Tanner Agar heard his fair share about the entrepreneurial rewards he’d reap if he put in long hours and gave his venture his all.

“It’s great from an aspirational perspective,” says the founder and CEO of The Chef Shelf, a Fort Worth, Texas-based food e-tailer that sources gourmet products from leading chefs and restaurants. “But I don’t think that prepares you for what you’re actually going to face.”

Pressure, self-doubt and even depression are among the emotional pitfalls many new founders experience. Unfortunately, Agar says, having investors and employees in the mix—not to mention relatives who’d preferred you’d gotten “a real job”—can exacerbate the problem. While business schools tout the benefits of single-mindedness and dedication, wellness experts emphasize the importance of entrepreneurs maintaining outlets for relaxation and stress relief.

For Agar, moving into the offices of a tech incubator filled with other young ’treps helped combat the isolation and stress of long hours on the job. “It’s nice to have the camaraderie,” he says. “Without them, it would have been so much harder.” 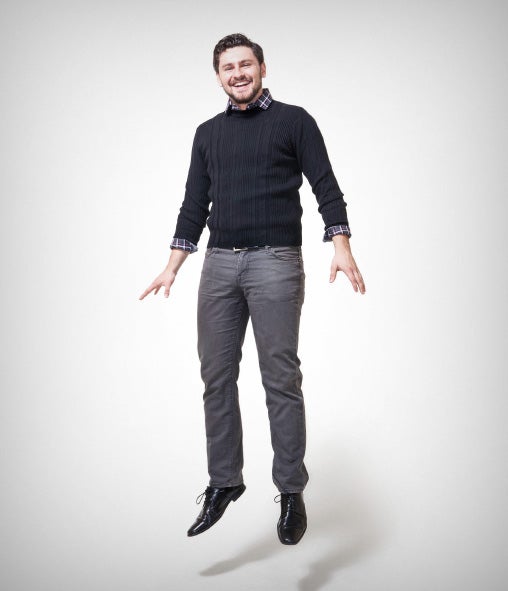